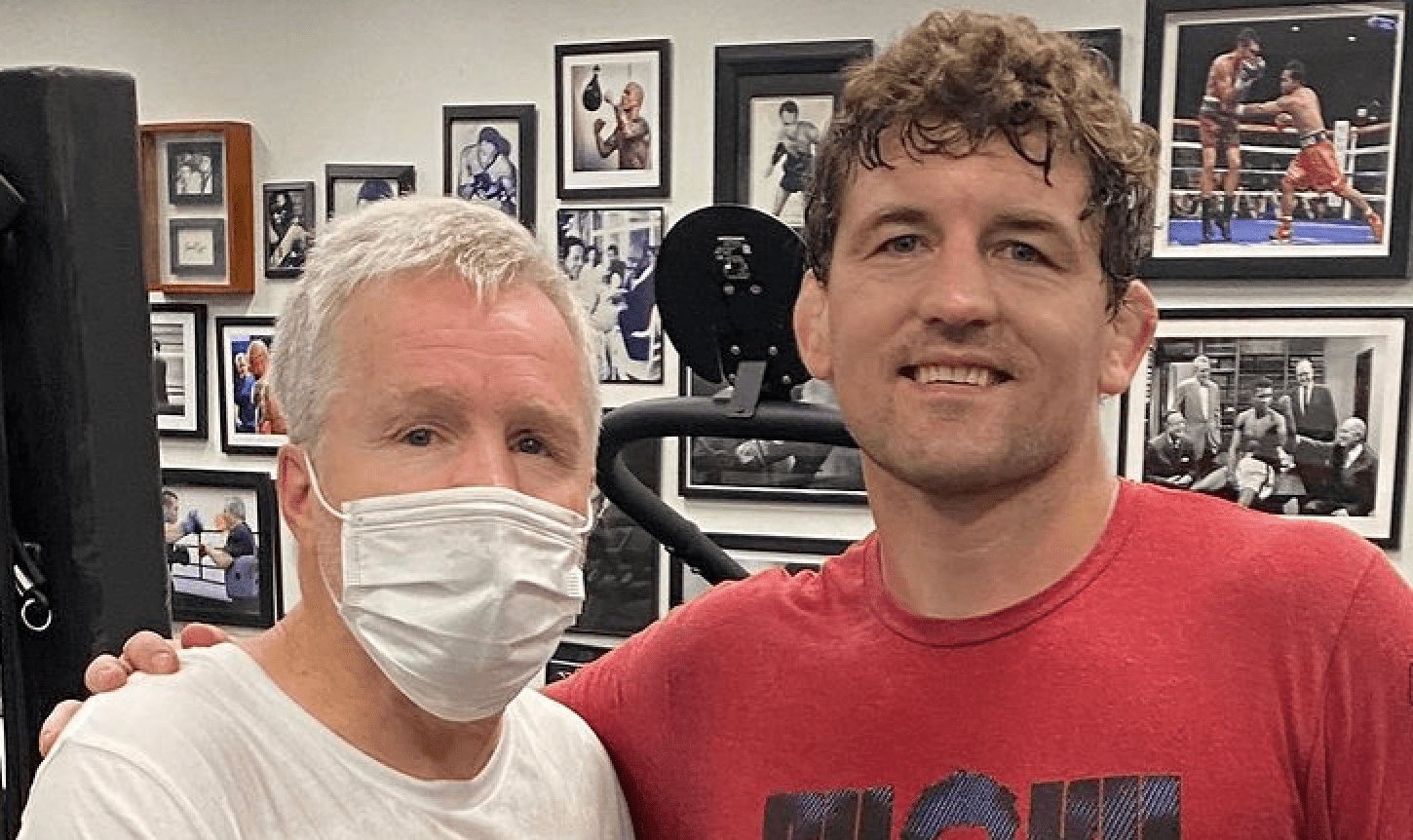 Freddie Roach believes that if Ben Askren beats ‘YouTube boob’ Jake Paul this weekend in the Triller main event, he will be performing a ‘public service’.

Askren has been sharpening his boxing skills for the past three months, and spent a week with Roach at his Wild Card Boxing facility in Los Angeles last month.

Speaking to MMA Fighting, Roach said that Dana White requested him to prepare Askren for his boxing match with Paul. Despite working with him for only a short time, the Wild Card Boxing chief was really impressed by the former ONE Championship and Bellator champion.

“First let me share with you how this came about. I received a call from my friend Dana White,” Roach said. “He asked if I would work with Ben to prepare for his fight against Jake Paul. I had hoped it would be a full camp, but Ben was only able to spend one week with me at Wild Card, in mid-March.

“Now to answer your question, it was great working with Ben. He is a true professional and a class act. He came to Wild Card in great shape and sparred the first day and did 12 rounds of mitts with me, straight through, on the second day in addition to the usual roadwork and boxing drills. He is quick study and has a great work ethic. He puts his punches together very well and with a lot of power.”

If Askren sticks to the game plan they have worked on come fight night, Roach believes he should beat Paul with ease.

”It was a little difficult at first but Ben adapted easily and we focused our time on technique and strategy,” Roach said. “He knows how to beat Jake Paul and if he sticks to the plan we worked on I believe Ben will win this fight on Saturday. My advice to Ben when we last spoke was: ‘Do what you know and you will win the fight.’

“Ben is so driven. He has a great work ethic. He had no problem with trying anything I recommended and gave me everything I asked of him in the gym. He has a lot of power. He’s a helluva guy.”

Even though Paul is 2-0 in his boxing career, Roach thinks he has had two favourable matchups. Not being a fan of ‘YouTube boob’, the world renowned boxing coach says that Askren will be doing a ‘public service by winning.

“I refer to Jake Paul as the ‘YouTube boob,’” Roach said. “I’ve seen video of him fighting and his press conference with Ben. It’s really hard for me to watch him too long.

“As far as his boxing skills, I think he’s a product of good matchmaking. To me, he acts like a celebrity trying to be a boxer. I told Ben that beating Jake Paul would be more than a victory, it would be a public service.”

Roach however does like the exposure boxing is getting through entertainers such as Paul and his brother Logan. And should Askren knockout the YouTuber, the 61 year old predicts that the video could get more views than when he was on the wrong end of a flying knee from Jorge Masvidal at UFC 239.

“So far, they seem popular,” Roach said. “If the fighters are making good money, I have no difficulties with these type of events. And if they expose boxing to a younger audience and that audience continues to follow the sport, then boxing has a chance to widen its audience. What’s wrong with that?

“I know one thing, when Ben knocks Jake Paul on his ass on Saturday night, YouTube will have itself a new most-viewed video highlight.”

Because of Paul’s height and reach advantage, Roach isn’t underestimating him, and suggests that Askren needs to be aggressive throughout the fight.

“Since Ben is the shorter fighter, he will have to close the distance between him and Jake,” Roach said. “Crowd him. If Ben can do that, then his power will be maximised and it will be easy for Ben to begin breaking Jake down from a variety of angles. Ben throws better combinations than Jake. Ben knows he will have to be on the attack for as long as the fight goes.

“Jake has a height and reach advantage and a little bit of power. He seems to be working hard in the gym and is in decent shape. You should always respect your opponent inside the ring and Ben knows that. We’ll see what Jake is made of when that bell rings. Jake may find out that it’s safer to exchange insults with Ben than punches.”

Who do you think wins the boxing match between Ben Askren and Jake Paul?