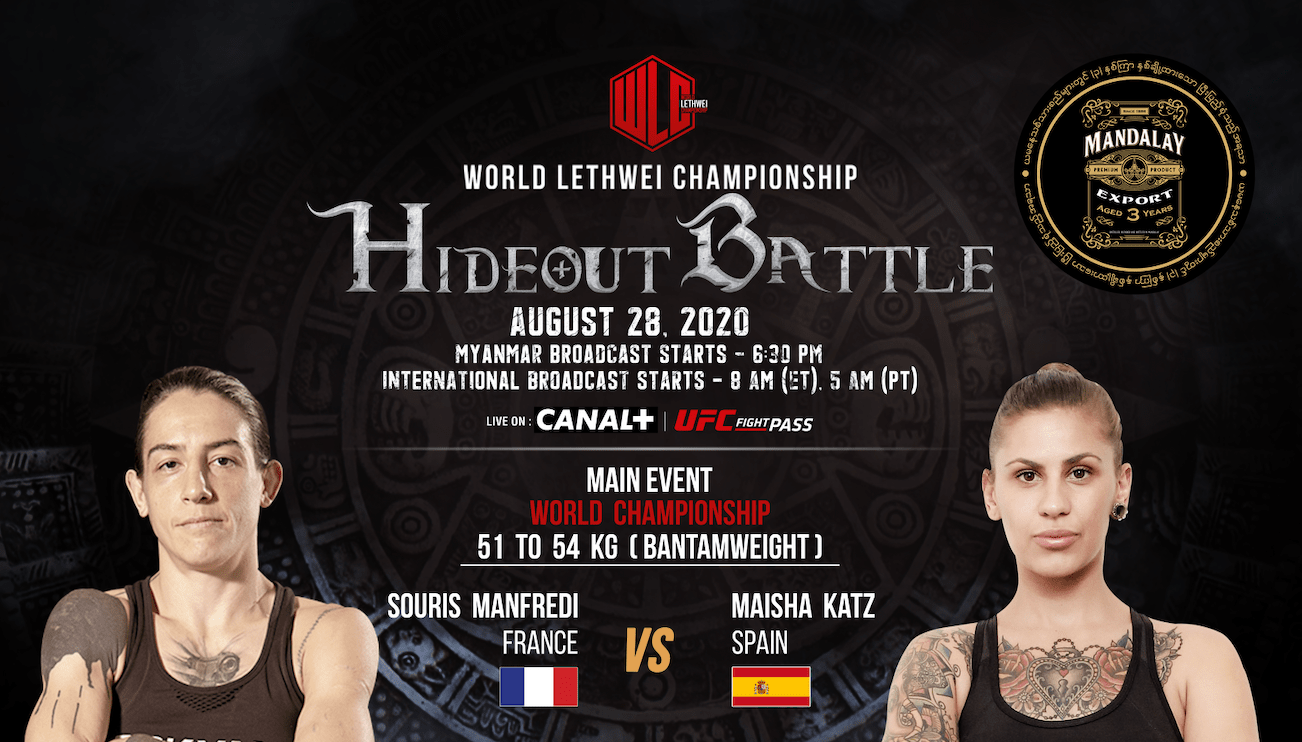 The World Lethwei Championship (WLC) has released the full card for WLC: Hideout Battle, which goes down on August 28th.

As we previously reported, the historic main event will feature the crowning of the inaugural WLC women’s bantamweight champion, as Souris Manfredi of France takes on Spain’s Maisha Katz. In the co-main event, Myanmar fan favourite So Mi Ong Luktupfah returns against Artur Te of Uzbekistan in a bantamweight clash.

“World Lethwei Championship is excited to return to action to bring you more world-class lethwei action to your screens. WLC: Hideout Battle is a star-studded card featuring some of the world’s best athletes. We will make history by crowning the first female World Lethwei Champion as well as a full night of outstanding entertainment in the lethwei spectacle of a lifetime!”

WLC: Hideout Battle will air on August 28th at 6.30pm Myanmar time (5am Pacific Time, 8am Eastern Time, 1pm London Time) and will be available on UFC Fight Pass, Canal+ and other broadcast partners across 100 countries.