Gastelum Hits Back At McGregor And Adesanya 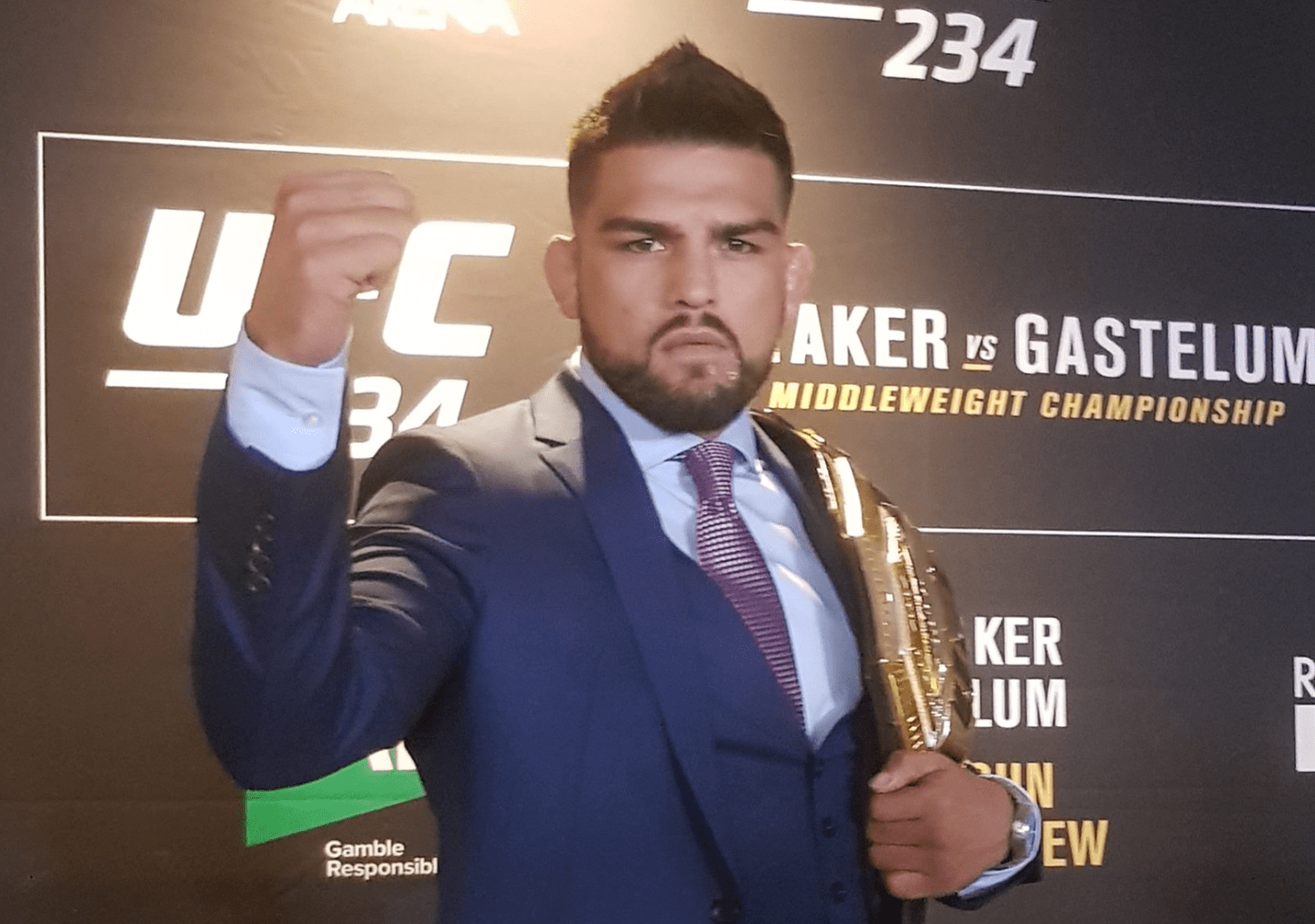 Although everyone could understand how tough a situation it was for Kelvin Gastelum to wake up on Sunday morning in Melbourne, Australia, to find out that he wouldn’t be fighting, due to the unfortunate Robert Whittaker news (you can read more about that here). And there’s no shame in having a tough time coming to terms with the fact that after months of training and preparing, your title fight in the main event of UFC 234, was snatched away from you at the very last minute.

The TUF 17 winner did however receive a lot of flack for spending the fight card wearing a UFC belt over his shoulder and announcing himself the new UFC middleweight champion.

As well as Adesanya telling Gastelum to take off the belt, during his Octagon interview with Jon Anik, Conor McGregor took to Twitter to in no uncertain terms, take the belt off.

Speaking to Ariel on The Ariel Helwani Show, Gastelum hit back by accusing McGregor of impregnating ladies all over Ireland.

“Oh my god, you want to talk about a leper? A guy that’s full of disease that’s spreading disease all over Ireland? That’s Conor McGregor. He’s spreading his seed all over Ireland, impregnating ladies and not claiming them. That dude’s a leper. Forget him.”

This followed his tweet back at the former double champion the day before.

“He beat a 43-year old Anderson Silva. I’m not sure that’s a claim for a title shot. But if the UFC decides he’s No. 1 contender and gets to skips the five guys in front of him, then so be it. I guess I will fight the No. 1 contender and defend my title.

“He’s not over-hyped. I mean it is in a way but he deserves it. He talks well, fights well, but the performance he showed on Saturday was not title-worthy in my opinion. It was all just very exciting theatrics. When I fight, I put guys away. He wasn’t able to put a 43-year old Anderson away. I felt I would’ve done a different sort of job.”

Who do you think should fight who at the top of the middleweight division, while we wait for Whittaker to come back?