Geje Eustaquio: 2019 Has Been A Roller Coaster For Me 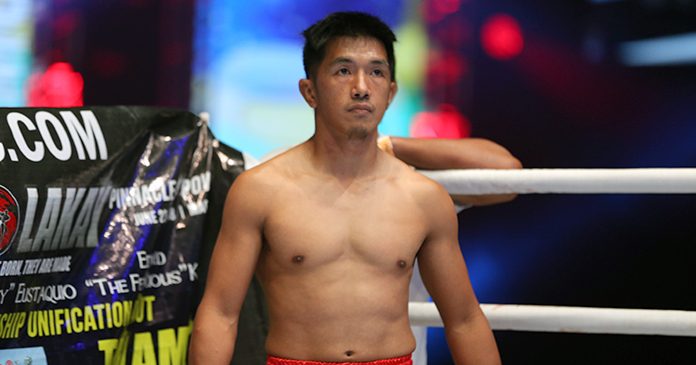 Life as a professional mixed martial artist has its ups and downs. Geje Eustaquio can vouch for that. Having won the ONE flyweight world title in 2018, the Team Lakay stalwart began 2019 by losing the title to the man he won in from, Adriano Moraes. The 30 year old was however able to finish the year on a high, scoring a spinning back kick knockout over Toni Tauru, in front of his home fans at ONE: Master Of Fate.

In between, Eustaquio notched up a win over Kyu Sung Kim, before suffering his first knockout loss of his career, to Yuya Wakamatsu. Ending 2019 with a 2-2 record. Although the past year didn’t play out as he had planned, the Igorot warrior is looking back on it philosophically.

“You win some, and you learn some. 2019 has been a roller coaster for me. One of the biggest blows I received was losing my world title and losing in my country. I know that God is good, and my faith in him, along with my hard work, allowed me to win a couple of my matches.”

After the ‘roller coaster’ year, Team Lakay‘s Eustaquio promises to learn from the losses and continue to work hard.

“I learned that I could do anything if I put my mind into it. Life is full of ups and downs, and I need to accept the losses, learn from them, and move on with life. I need to keep on learning and training. There is no shortcut to success; it all involves hard work.”

Before the hard work and preparations for 2020 begin however, Eustaquio plans to enjoy the festive season with his family.

“Holidays are meant to be spent with family, and that is what I will be doing. I want to spend as much time as I can with my family because they are the most important people in my life. I don’t have any concrete plans as to what we will be doing, but we will do it together.”

Once the Christmas festivities are out the way, Eustaquio assures his fans that he will put everything into his training, until he reclaims the ONE flyweight title.

“Fans can expect me to do my best in every match I participate in until I become a world champion again. It will be a tough challenge, but as long as I have my God, family, and team beside me, nothing is impossible.”