Geje Eustaquio Believes He Has Advantage Against Song Min Jong 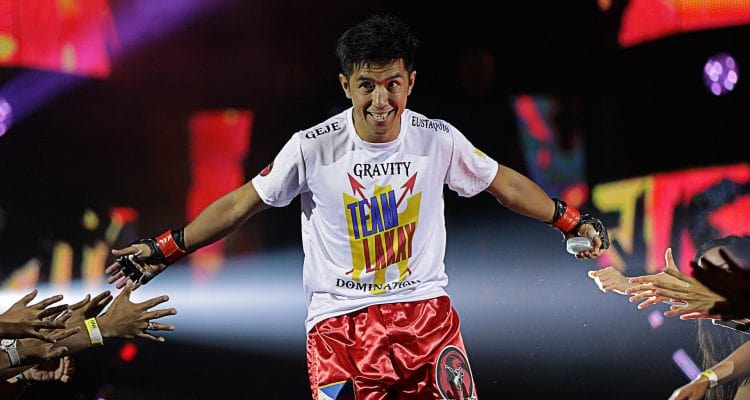 While 2019 proved to be a turbulent year for Geje Eustaquio, he was able to go out on a high note with a knockout victory over Toni Tauru at ONE: Masters Of Fate. Despite the win, he finds himself outside the top five rankings in the ONE bantamweight division. However, the Team Lakay stalwart hopes to rewrite that narrative when he faces Song Min Jong at ONE: Inside The Matrix 3.

“A Very Important Point Of My Career”

Ahead of his flyweight clash with Song, Eustaquio spoke to ONE Championship, telling them that this year is make or break for him.

“This is a very important point of my career,” Eustaquio said. “In every competition, we treat it as the most important – and this one is no different, especially since I want to get back to the top of the flyweight division.”

While Eustaquio is a veteran of ONE Championship, as well as a former ONE world champion, Song is making his promotional debut. With that in mind, ‘Gravity’ will not take his opponent lightly.

“With a chance to move up the ladder, I expect him to come in hungry, motivated, and eager to win,” said Eustaquio. “That’s why I have to be very careful.”

“I Am More Experienced”

Eustaquio however, believes his experience will be an advantage against Song, having faced more big names than his South Korean opponent. Big names which include Alex Silva, Kairat Akhmetov and Adriano Moraes.

“I believe I am more experienced,” Eustaquio said. “I think that will be my edge in this fight. The level of competition that I have faced is different, and a whole lot harder compared to him. That said, I will be looking for the finish – whether it be standing up or on the ground.”

Preparing Amidst The Pandemic

Despite the limitations posed by the coronavirus pandemic, Eustaquio was able to find ways to prepare and train ahead of his fight. With some adjustments and the little resources he had, the 31-year-old made good use of them, and is prepared to give it his all come fight night.

“We don’t come in fights unprepared,” said Eustaquio. “We go in there and give it our all. We persevere. We give our blood and sweat just to make sure we come in prepared regardless of who’s in front of us. That’s our culture and attitude in Team Lakay.

“Even though we had to adjust with our preparation for this match because of the restrictions, we still pushed through and worked hand-in-hand to make the most of the cards that were dealt to us. We kept on training because we cannot let up, especially in these times.”

Not making any predictions, Eustaquio has only promised that he will be the best version of himself when he steps into the ONE Circle on November 13th.

“Expect the unexpected,” Eustaquio said. “This is mixed martial arts, and anything can happen. But like in my last match, I am aiming for a finish once more.”

Who do you have winning when Geje Eustaquio faces Song Min Jong at ONE: Inside The Matrix 3?

Tagged: Flyweight, Geje Eustaquio, ONE Championship, ONE: Inside The Matrix 3, Song Min Jong