ONE: Masters Of Fate – Geje Eustaquio Hits Back At Team Lakay’s Critics 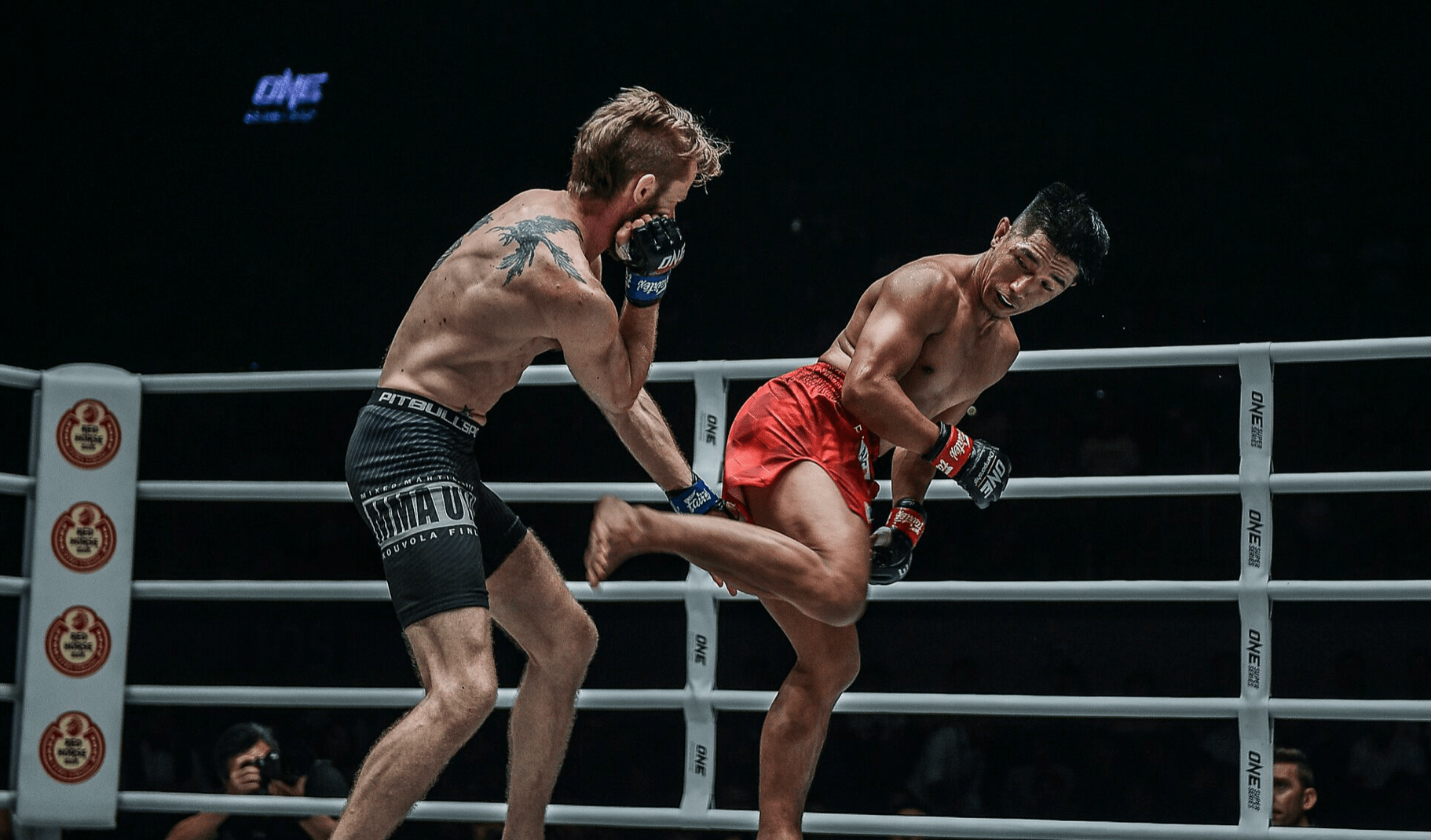 Team Lakay‘s flyweight standout Geje Eustaquio got back in the win column on Friday night at the Mall of Asia Arena, at ONE: Masters of Fate. Taking on Toni Tauru for the second time, ‘Gravity’ lived up to his nickname of ‘The Rematch King’, scoring a devastating spinning back kick to secure a second round TKO victory.

After the triumph, the former ONE Flyweight World Champion sent a strong message to the team’s bashers, during the post bout press conference.

“They keep questioning our ground, they keep questioning our Baguio Jiu-Jitsu. But Toni, my opponent awhile back is a champion and is a very good grappler. I am happy that he didn’t make it in the first round and that proves that we are improving in ground. We don’t say that we are very very good in ground but we improve from time to time and you just saw awhile back, it’s a beautiful arm triangle so what’s up?”

Eustaquio gave out an invitation to anyone who continuously criticises Team Lakay, challenging them to ‘drive up in the mountains for free sessions’ with the team.

“Yes actually the rate in Team Lakay is quite expensive but we are do it for free if you think you are better than us and if you think you really have the desire or the ability to teach us on our weaknesses, you are very much welcome. Drive up in the mountains and we’ll give you free sessions, you can have it for a month, if you like.”

Geje discussed how he perfectly replicated the signature kick from his teammate Kevin Belingon and how coach Mark Sangiao guided him to deliver it precisely.

“I keep watching the spinning back kick of Kevin and then I’ve been doing it early this year but in my past two recent fights, I wasn’t able to apply it because of small details and maybe I really need to repeat it a thousand more times. And then of course I have the best coach on my side to give me the small details, we really corrected it and tonight, it finally found its home.”

Eustaquio was also delighted to deliver a victory in front of his fellow Filipinos, especially after he suffered his first knockout loss of his career last August, at the hands of Yuya Wakamasu.

“I’m very happy. I have to be honest, I drill that kick a thousand times and then for tonight, you saw the result and in front of my fellow Filipinos, it’s very satisfying and I am super happy [because] finally I applied that part of the kick which is the spinning back kick.”

Asked how the Team Lakay will celebrate having a clean 3-0 sweep on the night, Eustaquio gave out the perfect commemoration.

“The best way to celebrate is praise God,” he said which draw applause from the media. “And we have our own after party in the hotel, you can come by and drink a lot of coffee. Maybe that’s a good party right? And if ONE Championship is gracious enough, they will invite each and every one of us to go to their after party.”

Finally, Geje Eustaquio wants the promotion to have a dedicated championship belt for the king of rematches, after scoring yet another rematch victory.

“Yeah, that was a nice question. ‘Rematch King’, you think it’s appropriate for us to have a Rematch King belt? Who wanna go for it?”