Geje Eustaquio: The Best Way To Win Back Belt Is To Get Better Everyday 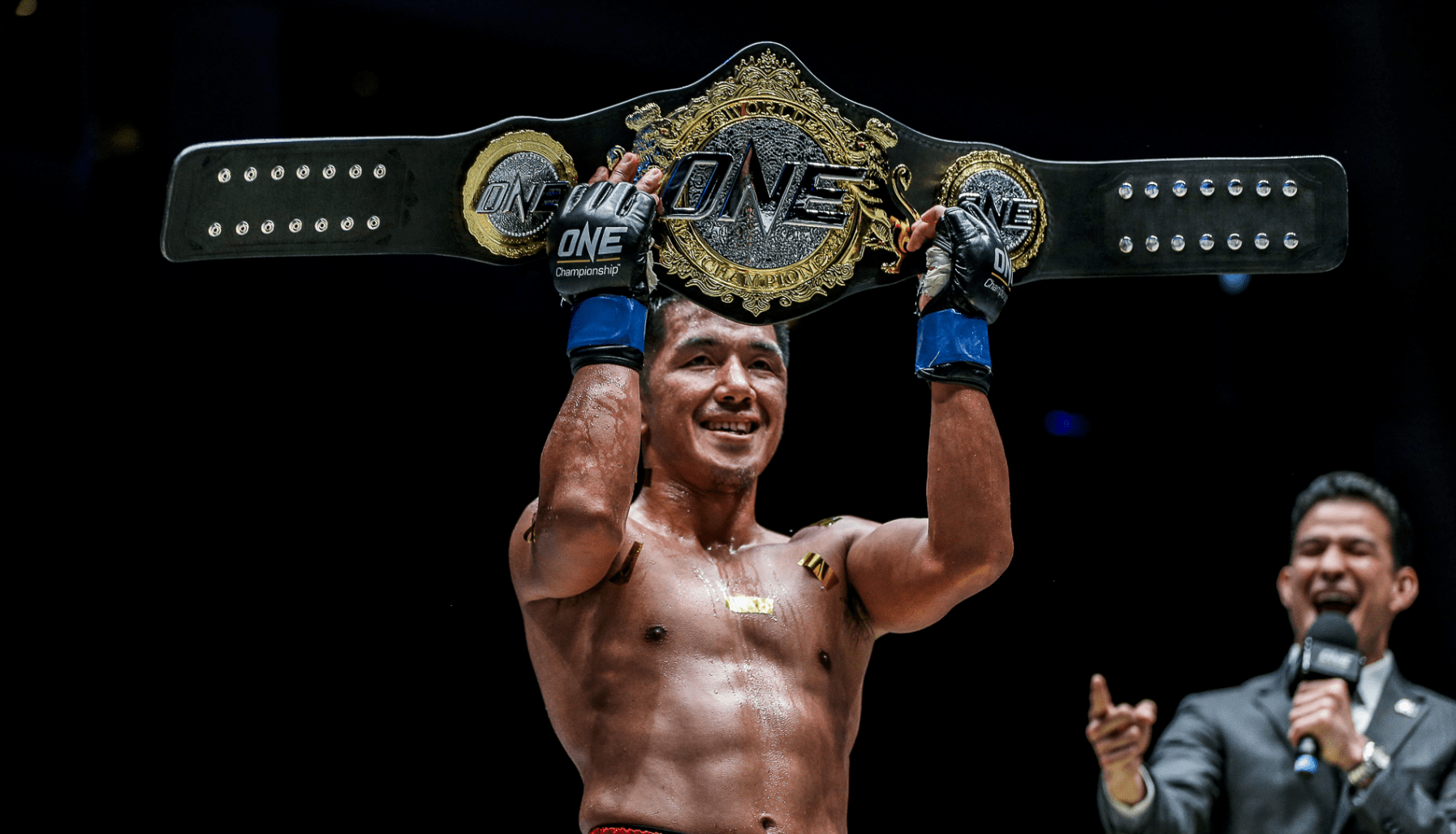 Having won the ONE Championship flyweight title last year against Adriano Moraes, the Team Lakay athlete lost the belt to the very same man, this past January at ONE: Hero’s Ascent. Both bouts were incredibly close and both went to the judges’ scorecards.

Having experienced life as a ONE champion, Eustaquio is hungry to win the belt back. And the 30 year old knows that the best way to do that, is to keep improving everyday.

“I have to reset and develop even more so that I can cope up with the improving competition. The best way for me to get back that World Championship is to get better every day and keep winning.”

Eustaquio doesn’t have to wait long, before he has the opportunity to get back on the winning ladder. ‘Gravity’ will face South Korea’s Kim Kyu Sung next week in Singapore, at ONE: Enter The Dragon.

It’s not only a chance for Eustaquio to get back to winning ways, his clash with Kim will act as an alternate bout for the ONE Championship Flyweight World Grand Prix. Meaning that if any of the four semi-finalists can’t compete for any reason, the winner will step in as a replacement.

Kim won a place on the famed Evolve Fight Team and is now training with some of the best martial artists in the world at the Singapore gym. The clash on May 17th will be his ONE Championship debut. But Eustaquio is still expecting a tough test against his taller opponent.

“They say that he’s the best flyweight from South Korea. He’s 6 feet tall, so I think range will play a huge factor in our match.

“Our preparation is going well, and we’re preparing smart. We are concentrating more on the details of our techniques.

“With the level of competition that we have now, it’s difficult to predict things. These athletes were made to conquer great obstacles and reach beyond the boundaries of their skills. It doesn’t matter if I get a knockout, submission, or a decision, the most important thing is to get the win.

“I noticed that during my fights, my opponents often look like giving up even before I knock them out, so I often win easily. I have realized through the training sessions that I am mentally stronger and have better endurance than other fighters.”

Although there is a chance that the Filipino could step into the ONE Flyweight GP with a win, Eustaquio is not looking past his opponent.

“I would be honored to face any of the competitors in the grand prix, but right now, I think I just need to focus on myself. I need to improve and get better,” he adds.

There’s also the fact that his friend and Team Lakay training partner Danny Kingad is going strong in the GP. ‘The King’ is on a five fight win streak and faces Kairat Akhmetov in the GP semi-finals.

“It’s great to be in the mix but as much as possible, we have to put our trust in Danny Kingad. He has a great chance to pull out the win in this tournament, and I wouldn’t want us to face each other in the finals.

“If it were me and Danny meeting in the finals of this Grand Prix, this will go to a family meeting first. We will have to see what is best for all of us. I think ultimately, Coach Mark [Sangiao] will decide on this matter.”

Whether Eustaquio will get the chance to compete in the GP, he still feels honoured to step inside the ONE ring and represent his country.

“It’s an honour to hold the Philippine flag and represent my country especially on the global stage of ONE. I hope that my journey can inspire my fellow countrymen to conquer the impossible.”