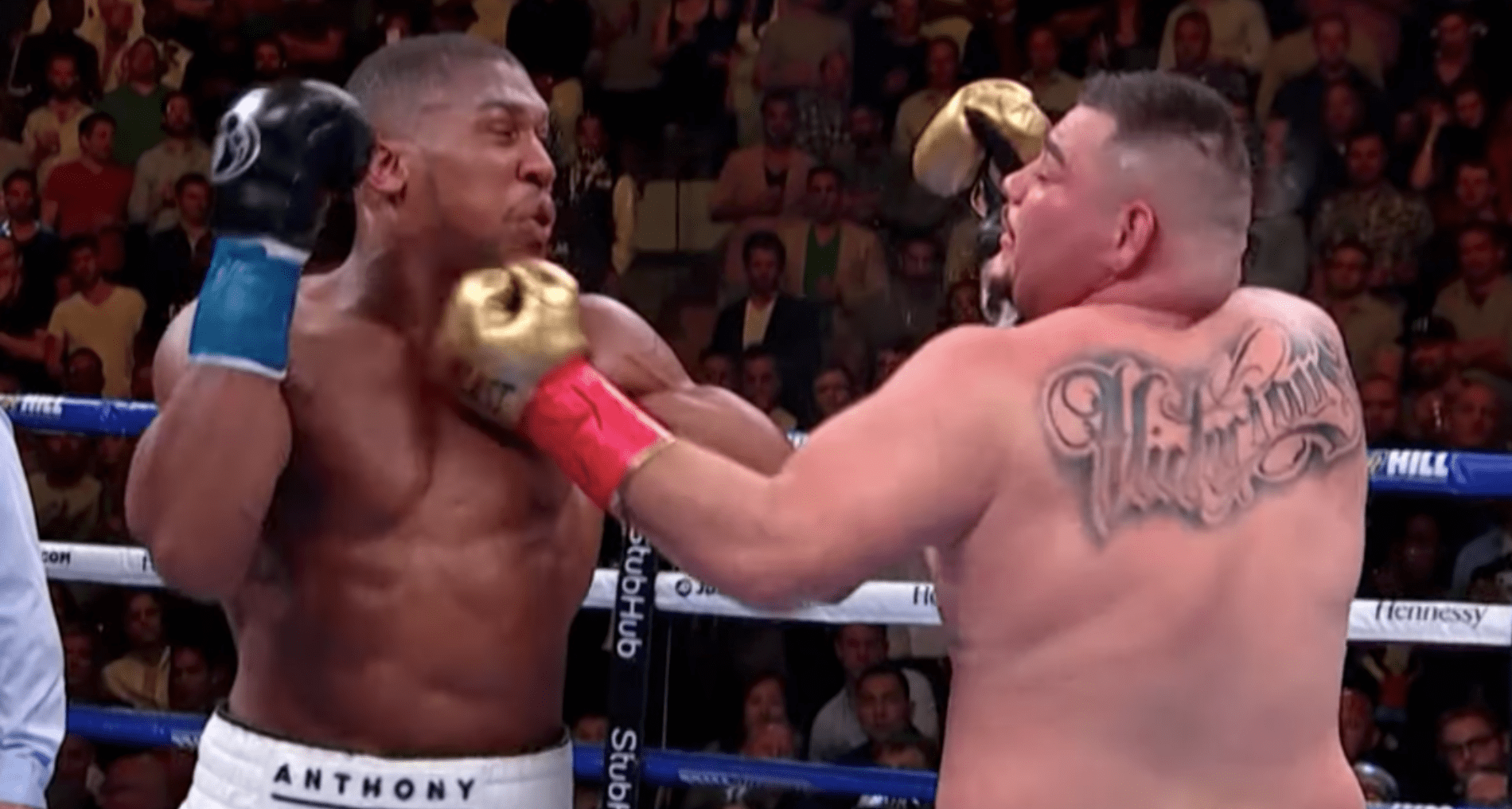 This past weekend, we witnessed one of the biggest upsets in all of combat sports history, as Andy Ruiz Jr. beat Anthony Joshua at Madison Square Garden, to capture the WBA (Super), IBF, WBO, and IBO heavyweight titles.

One man who doesn’t think Joshua should take an immediate rematch though, is boxing legend George Foreman. Speaking to TMZ Sports, the former heavyweight champion said that if he was Joshua’s manager, he’d advice against it.

“If I’m Anthony Joshua’s manager, I say ‘let sleeping dogs lie’, I don’t want to fight that guy anymore because you don’t know what you did wrong. You’re going to go back and do the same thing. Let it slide. He’s young. Get together in the gym. Let his mind clear up. When you get knocked out, it takes almost a year before you get yourself back together. It’s like you broken your leg but really it was the jaw. You need to recuperate. Go back, start all over again.”

Foreman believes that Joshua will come back stronger from this set back though and even offered his services to the British 29 year old.

“They’re going to have to go back to the gym. I think he’ll be a greater fighter, Anthony Joshua now, if he goes back, gets his mind together. He’s going to be even better.

“But right now, he better learn how to box and he better get a good manager. I’ll do it. He needs someone like me.”

It looks certain that ‘AJ’ will rematch Ruiz next though. And with potential fights with Tyson Fury and Deontay Wilder at stake, it’s going to be a must win fight for Joshua. In the lead up to the Joshua vs Ruiz fight, Foreman said that a Joshua vs Wilder would be the biggest fight in heavyweight history.

How do you think the rematch between Anthony Joshua and Andy Ruiz Jr. will go?