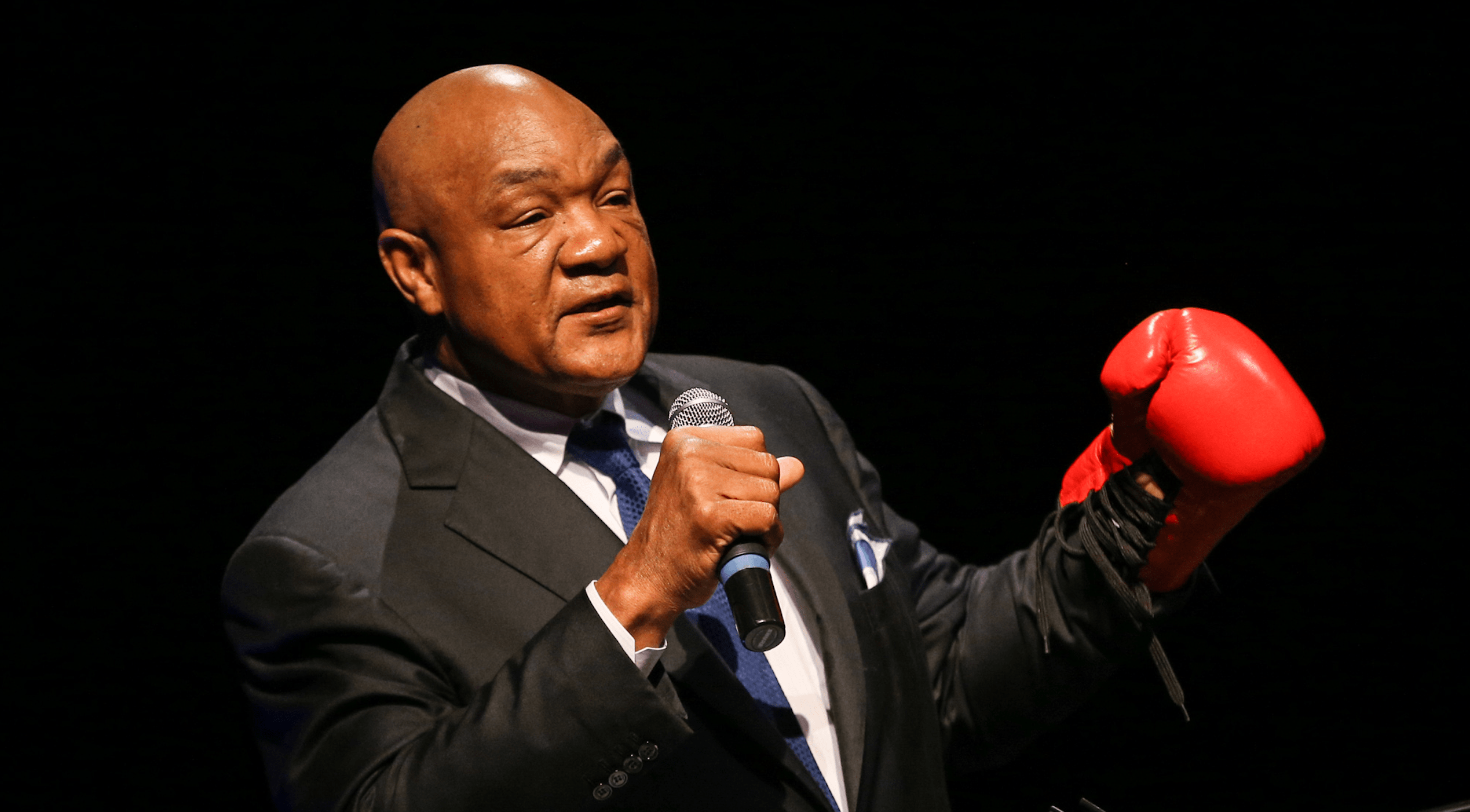 Two boxing legends Mike Tyson (54) and Roy Jones Jr. (51) are officially coming out of their retirements. They are set to face each other in an exhibition match at the Dignity Health Sports Park, in Carson, California on September 12th. Despite the excitement amongst fans, former two-time world heavyweight champion of the even older generation, George Foreman, is concerned for their safety.

The ruleset is yet to be confirmed, although we know that it will be over eight rounds and no headgear will be worn. It is also thought that 12oz gloves will be worn and that there will be no judges, the winner will only be determined by a stoppage.

‘Big George’ explained his concerns for Tyson and Jones Jr., while speaking to TMZ Sports.

“There’s a time when you gotta worry about your health, but it’s a beautiful thing that they will even come up. Maybe they can even name a charity or something, or recipient of the funds. I think it’s good to come out, but it’s gotta be a fun thing. But I hope one doesn’t hit the other.”

Foreman believes Tyson and Jones Jr. aren’t quite aware of the dangers they are putting themselves into.

“Yeah, but they just don’t know,” he said. “They just don’t know. I used to have a baby lion and a baby tiger. And my friend had, he’d go work in a cage with a about a dozen tigers and one lion, and I went in the cage, and I was playing with them. And I came out, and one friend said ‘Oh George, you’re sure brave’, and the other said ‘George just don’t know’.

“Boy you don’t know until they hit you. Strange things happen to you as the years go by, and all of a sudden your grandkids call your name and they’re like ‘grandpa don’t you hear me?’ You know, if boxing was basketball it would be ok, but boxing is nothing to play with. It’s nothing to play with.”

On the other hand, 71-year-old is well aware that giving an advice to Tyson and Jones Jr. not to fight again wouldn’t be fruitful.

“I would just tell them it’s really dangerous, but when you make up your mind to do something like that, you can’t tell them ‘Don’t do it’. They’re not going to hear that. Even me, big fool like me back in the day, I only thought what I wanted.

“I made my comeback I was 37 years old. By 45 I was the heavyweight champion of the world again. I’m happy for them you know, their names are out there again, they’re taking photographs, you got to love that.”

Recently, Tyson has released several videos of him training, looking in phenomenal shape. ‘Big George’ however, is sceptical about his real physical state.

“Once again, he only sees what he wants to see, and we’re only looking at what he wants us to see,” Foreman said. “You know, maybe a few minutes later when he’s getting out of the bed, and he gets dizzy, and fall on the floor.

“Or your leg pop out, and right leg, when he was trying to throw the right hand, I thought it didn’t move with the right hand, it kind of stayed there. The left leg moved ok, I watch everything.”

In order to highlight his point, Foreman shared an interesting personal story, from the time when he was around the age of Tyson and Jones Jr., and wanted to make a comeback.

“One time my wife, I told my wife ‘Look, I’m going back into the boxing’, I was 55 years old. I was in shape and everything. And I said ‘Now I can even pay the contender to fight me’. ‘Five million dollars, I can guarantee it, and I can beat them, I’m telling you’.

“She said ‘You’re not going to do anything like that’, I said ‘I’m telling you, you can’t tell me what to do, I can still do it don’t you believe in me?’, ‘look at me, I can still do it’. She said ‘George, isn’t that the way you want to leave the sport, believing that you can still do it?’ That closed it right there, and I walked away. And it was death to a fighter, to realise you’re never going to fight any more.”

Earlier today, it was announced that the Tyson vs Jones Jr. pay-per-view will cost $49.99.

Do you agree with George Foreman’s thoughts on the upcoming Mike Tyson vs Roy Jones Jr. fight?