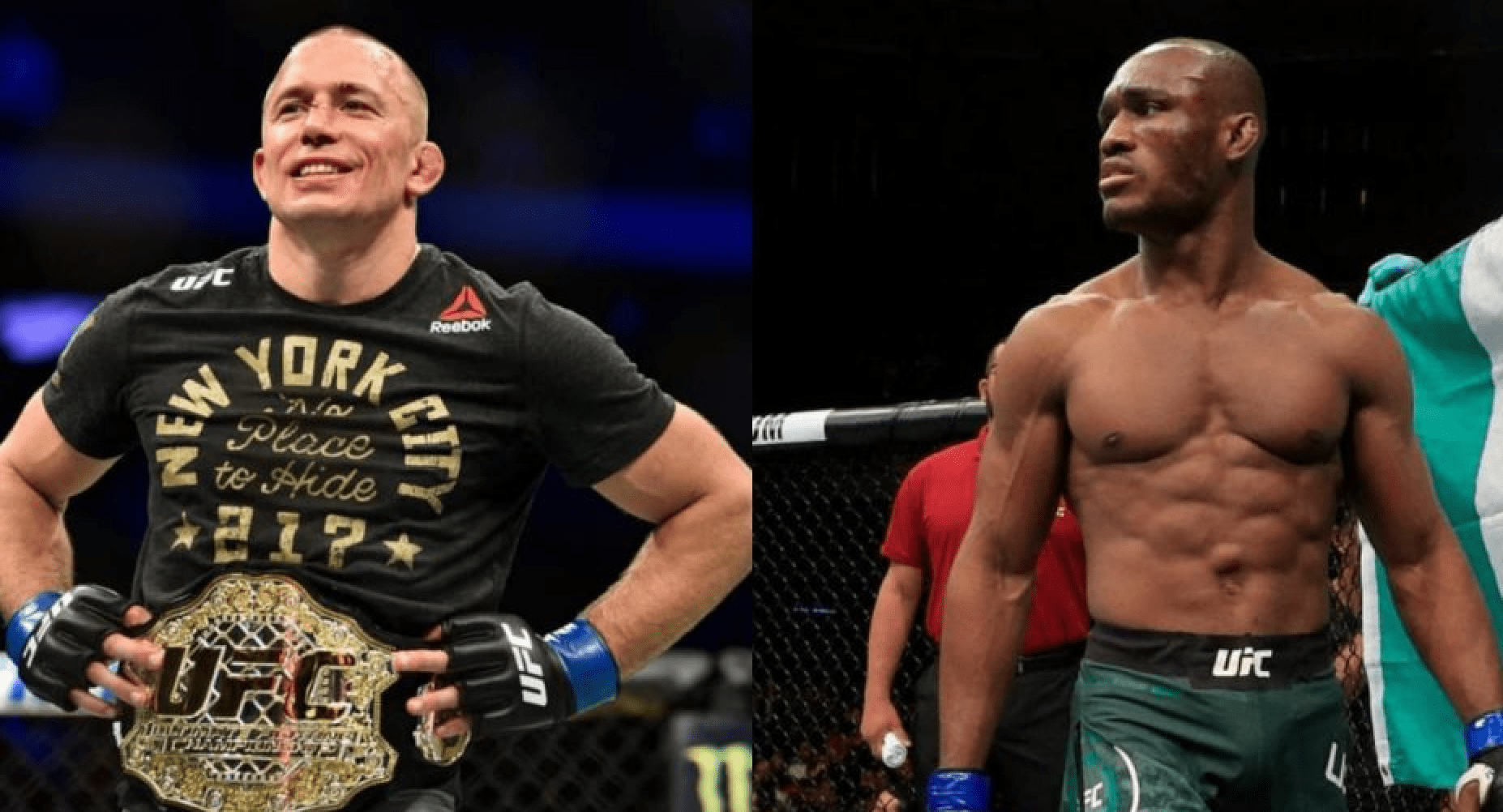 Georges St-Pierre says he’s not interested in fighting UFC welterweight champion Kamaru Usman, who TKO’d Gilbert Burns this past weekend at UFC 258 to successfully defend his title for a third time.

With his win over Burns, Usman also improved his win streak in the UFC to 13, surpassing St-Pierre, who won 12 in a row before eventually retiring for the first time in 2013. After his latest win, some fans are touting ‘The Nigerian Nightmare’ as the welterweight GOAT. But many fans also believe he is far behind GSP, who has three times the number of title defences compared to the current champion.

To settle this debate once and for all, Usman called St-Pierre out for a super fight during the UFC 258 post fight press conference.

GSP however, has no interest in the fight. Speaking on The Good Show on SN590 (as transcribed by MMA Fighting), St-Pierre said that leaving the comfort of his home to train for three months for a fight with Usman isn’t ‘appealing’.

“Of course, I will always train but if you ask me if I want to come back? Just try to put yourself into my shoes and try to come back,” St-Pierre said. “Of course, if I tried to come back for a fight with Kamaru Usman, I would have to literally leave the country. You cannot train right now in Canada, with the COVID. I would have to bring my coaches somewhere, find a basecamp. Fly in some training partners because it’s Kamaru Usman. You need to get ready, you need a real training camp.

“Just that, leave my home, leave my family, leave my place, I’m very reluctant to do it and I don’t need to do it. I’m healthy, I’m wealthy, it’s not appealing to lose three months of my life, stress and everything for trying to get a win over Kamaru Usman. It’s not. As time passes by, it’s getting less and less and less appealing. I don’t think there’s anybody now that will make me come back. I’m good.”

St-Pierre has expressed his willingness to fight Khabib Nurmagomedov in a superfight on a number of occasions in the past. However, with ‘The Eagle’ retiring, GSP doesn’t believe there’s anybody who could motivate him to fight again, not even Usman.

“Time has passed,” St-Pierre stated. “My life’s not the same as it was two years ago. The universe has changed, so to speak. That’s how it works. For now to go back for Kamaru, I’m very happy for what he does, what he has achieved, but to go back to give three months of my life, put myself in training camp to try and get a win against Kamaru Usman, it doesn’t get me motivated. I don’t know if there is anything that will get me motivated to go back to competition.”

St-Pierre’s most recent visit to the Octagon came in 2017, when he beat Michael Bisping to win the middleweight title at UFC 217. He was 36 years old at the time, but now that ‘Rush’ is nearing his 40th birthday, he believes his best years may be behind him.

“It seems to me like people want to see me go on my shield,” St-Pierre speculated. “You see a lot of guys they wait too long before they retire and they go on their shield. I never want to do this. I want to compete at my best. I’m at the point I’m really asking the question, are my best years behind me? It could be. Now I’ve said myself I don’t want to compete if my best years are behind me.

“You reach a point where your knowledge always grows but your physicality diminishes and I’m 39 years old, going to be 40 soon. If I would done something, I would have accepted something, it would need to be something that it’s really special for me. Really get me to the core of myself to get me the motivation. I don’t have the same motivation right now. It’s not appealing to me.”

St-Pierre has expressed his ‘hatred’ for fighting a number of times in recent years, revealing that the thought of competing inside the Octagon was always extremely stressful. Right now however, he is happy with his life, and thinks it’s very unlikely that we see him back inside the Octagon ever again.

“To go back in there, I look at this, with the stress and everything right now in my life I’m like hell no,” St-Pierre said. “Right now it’s less, less, less and very less likely.”

Would you be interested in a welterweight super fight between Georges St-Pierre and Kamaru Usman?