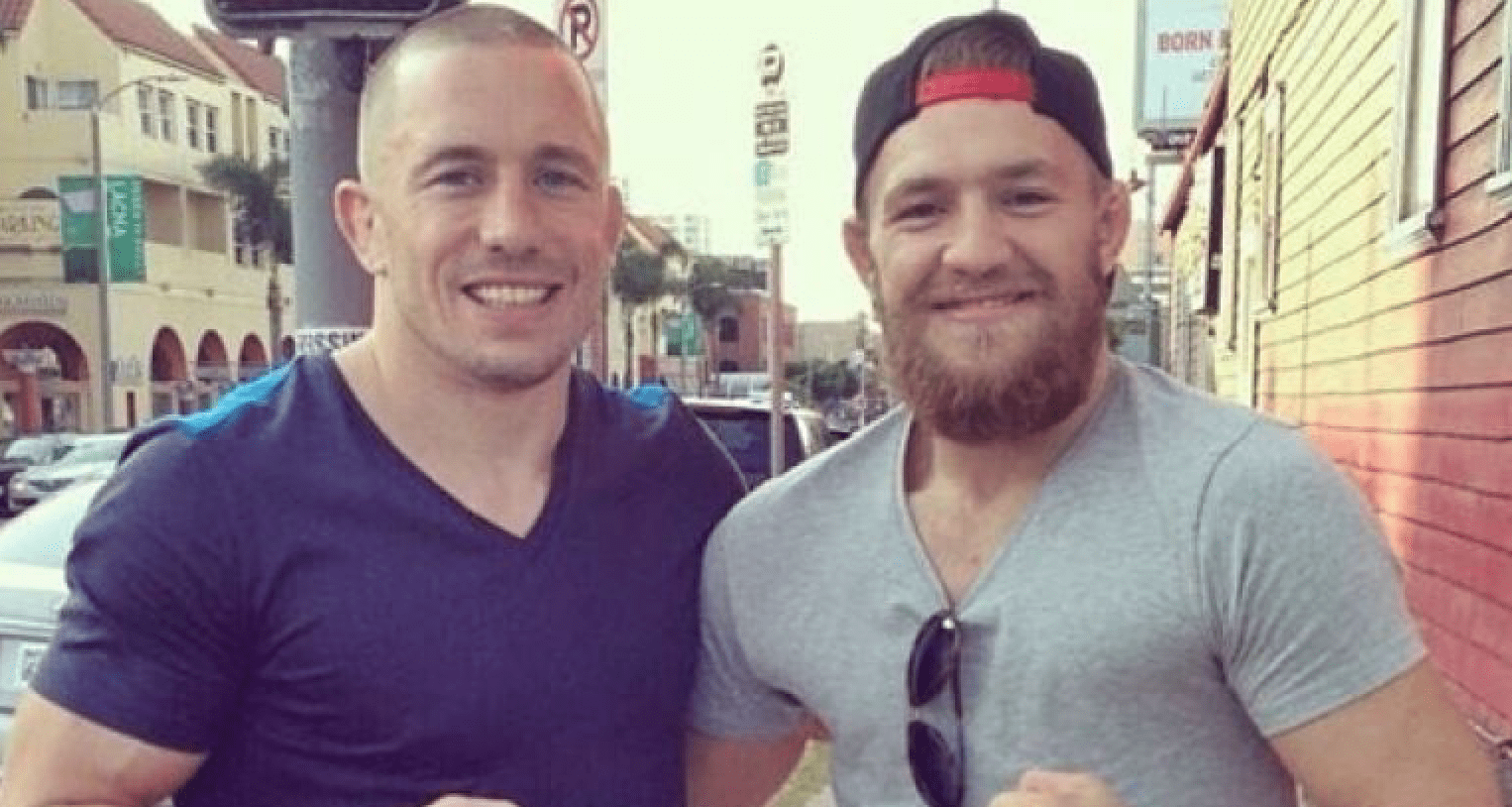 Georges St-Pierre has shared his analysis on the blockbuster rematch between Dustin Poirier and Conor McGregor at UFC 257, and who he’s picking to win this weekend.

Having already beaten Poirier at UFC 178, McGregor is the favourite going into this fight, and many believe his power and precision are going to make the difference once again come fight night. But ‘The Diamond’ has his chances too, believes St-Pierre.

In a video on his social media (as transcribed by BJPenn.com), GSP shared the paths to victory for both Poirier and McGregor.

GSP believes if McGregor is to win this fight, he’ll have to attack and pressure Poirier right from the word go.

“With UFC 257 coming this weekend guys, I am going to try to give you the best insights on the upcoming main event,” St-Pierre said. “Keys to victory for McGregor, I believe he will need to start the fight with a lot of pressure, like he always does when he wins. Use all his creativity. All his kicks.

“Even talk to his opponent and try and bait Dustin into throwing his jab so that he can come up over the top with his favourite weapon, his left hand. That is his bread and butter right there guys. His left hand. He can throw with a lot of power and he is very accurate with it.”

For Poirier, St-Pierre believes he needs to mix things up, and if he can survive the early onslaught from McGregor, his chances of winning are significantly higher in the later rounds.

“Poirier’s keys to victory would be, I believe, use a lot of feints and a lot of movement to make McGregor throw with a lot of power and miss,” St-Pierre said. “Then maybe try to wrestle him, to create scrambles. He has a very good guillotine. His best chance to win I believe will be in the later rounds.”

St-Pierre also shared his picks for UFC 257, which also includes a co-main event fight between Dan Hooker and Michael Chandler, and a flyweight contest between Joanne Calderwood and Jessica Eye.

“I got McGregor winning in the first round by KO or TKO, because I believe history will repeat itself,” St-Pierre said. “I pick Chandler to win against Hooker because Hooker has a very bad habit of getting into a slugfest. I also pick Calderwood to win over Eye. I have seen Joanne train, she’s a hard worker. She will dictate the pace and where the fight will take place.”

Who do you think wins the UFC 257 main event between Dustin Poirier and Conor McGregor?