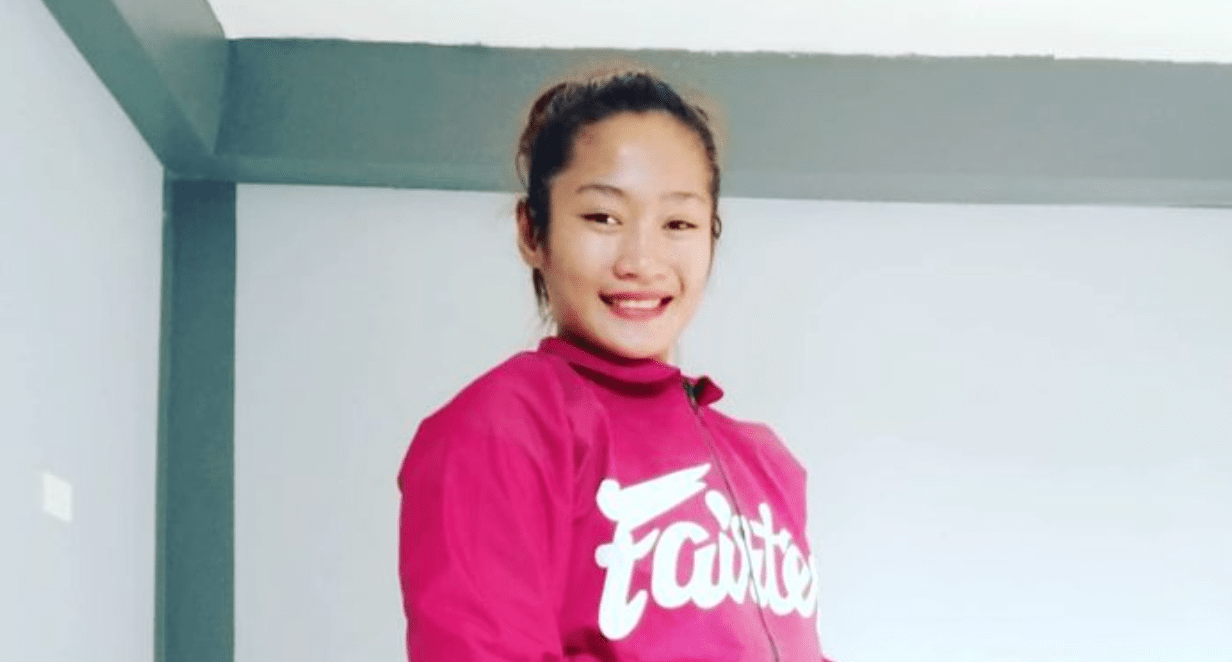 ONE Warrior Series product Jenelyn Olsim is set to make her ONE Championship main roster debut on March 19th at ONE: Fists Of Fury 3 against Maira Mazar.

Mazar is ranked number five in the strawweight division and is coming off an impressive TKO win over Jung Yoon Choi at ONE: Inside The Matrix 4. The Brazilian is a tough opponent for Olsim to make her debut against, but she’s ready to rise to the challenge.

Before Olsim makes her debut this Friday, get to know a little more about her.

While Jenelyn is the first fighter in the family to join ONE Championship’s main roster, she’s not the only Olsim to compete within the promotion. Her brother Jerry Olsim has competed in the ONE Warrior Series five times, amassing an impressive 4-1 record.

Before transitioning into MMA, Olsim competed in various international Muay Thai competitions. She bagged a gold medal at the 2018 East Asian Muay Thai Championships, and was also named fighter of the tournament.

Speaking with ABS-CBN, Olsim expressed her happiness with training with world champions and coach Mark Sangiao at the Philippines’ top MMA facility.

“I’m very fortunate to be working with a team that will help me perform at my best on that big stage,” Olsim said. “I’ve learned a lot from everyone, not just in sharpening my technique, but also the kind of work ethic required to make it to the top. There’s a level of professionalism in training with Team Lakay, and a champion’s mindset.”

While she prepares for the biggest professional moment of her career, the Filipina is also working on her Political Science degree at the University of Baguio, and she’s only two courses short of graduating.

Among Pioneers At Team Lakay

While Team Lakay has introduced some of the best male fighters in ONE Championship, Olsim is only the third female fighter from the gym to sign with the promotion, after April Osenio and Gina Iniong.

Her ultimate goal is to follow in the footsteps of former champions like Folayang, Belingon, and current champion Pacio, and make history by becoming ONE’s first female champion from the team.

How do you think Jenelyn Olsim fares against Maira Mazar in her promotional debut at ONE: Fists Of Fury 3?