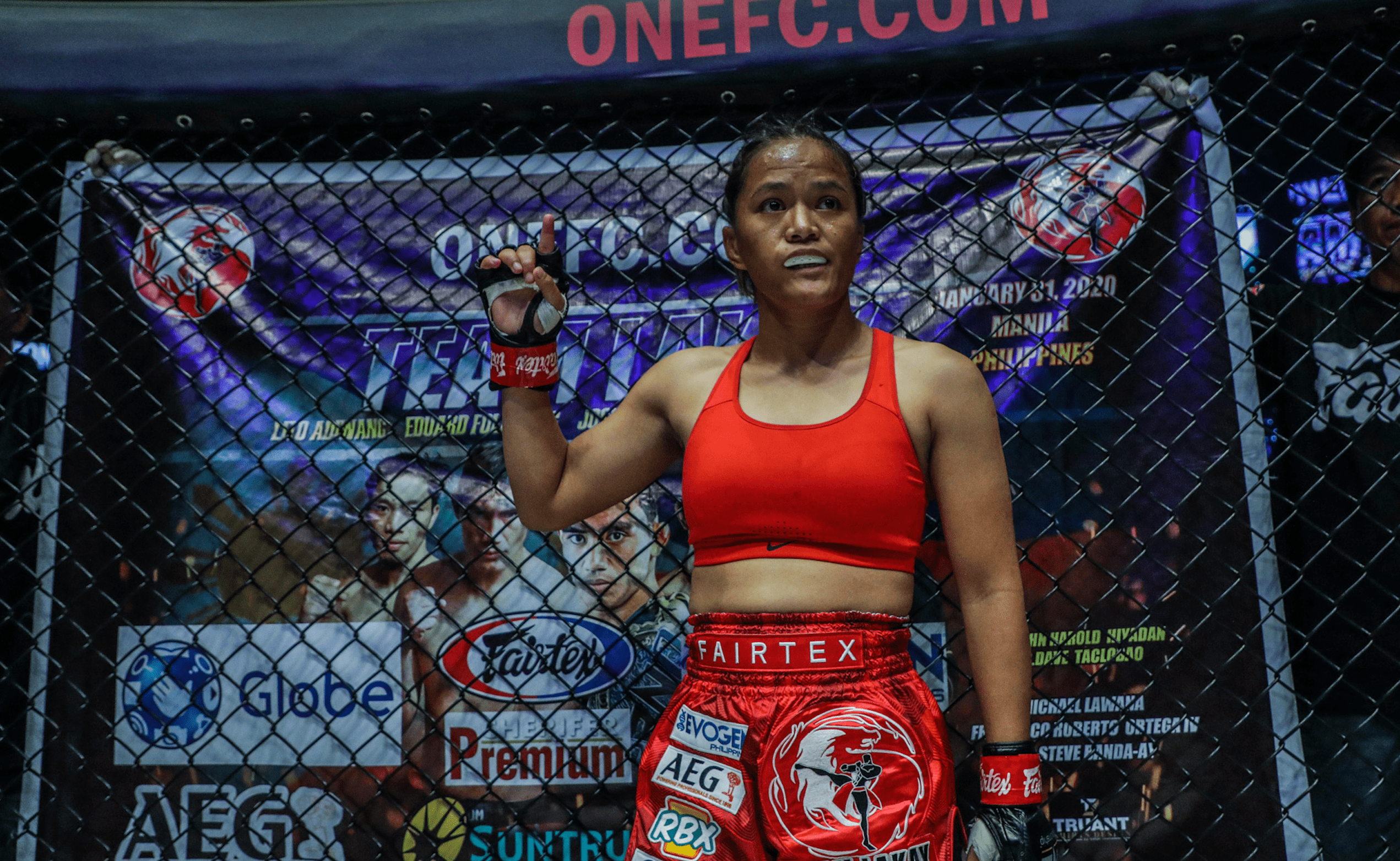 Team Lakay star and South East Asian Games gold medalist Gina Iniong is enjoying her newest win under ONE Championship, after picking up a unanimous decision victory over Asha Roka at ONE: Fire and Fury.

The win provided Iniong her ninth professional career win and speaking to ONE Championship, she revealed the main ingredient that propelled her in the match.

“I think my determination to win really showed in this match. It also helped that my opponent was reluctant to put together combinations because she was expecting me to shoot for a takedown. I took advantage of that, and I focused on my grappling,” Iniong said.

Aside from being determined, Gina credited Team Lakay for making her preparation hard because it made the transition easy during the bout, and she harvested the results positively.

“When we train, as I’ve said, I always battle men during sparring and I don’t think I’ve ever taken them down – maybe when they make mistakes, but it doesn’t happen too often,” Gina admitted.

“But here, you’ll see in the fight that I was taking her down at will and that’s the effect of my training.”

Additionally, the attendance of Iniong’s loved ones further intensified her drive to leave the ONE Circle triumphantly after the contest.

“I didn’t want to lose in front of them. This is the first time my father and husband watched live and I couldn’t live with it if I let them down tonight.”

Right now though, Iniong doesn’t see any immediate match coming up, so she is just going to savour the moment with her family.

“For now, I want to get that rest, get a vacation, and spend time with my husband and family, so I can rest and recharge for my next matches.”

Who would you like to see Gina Iniong face next?