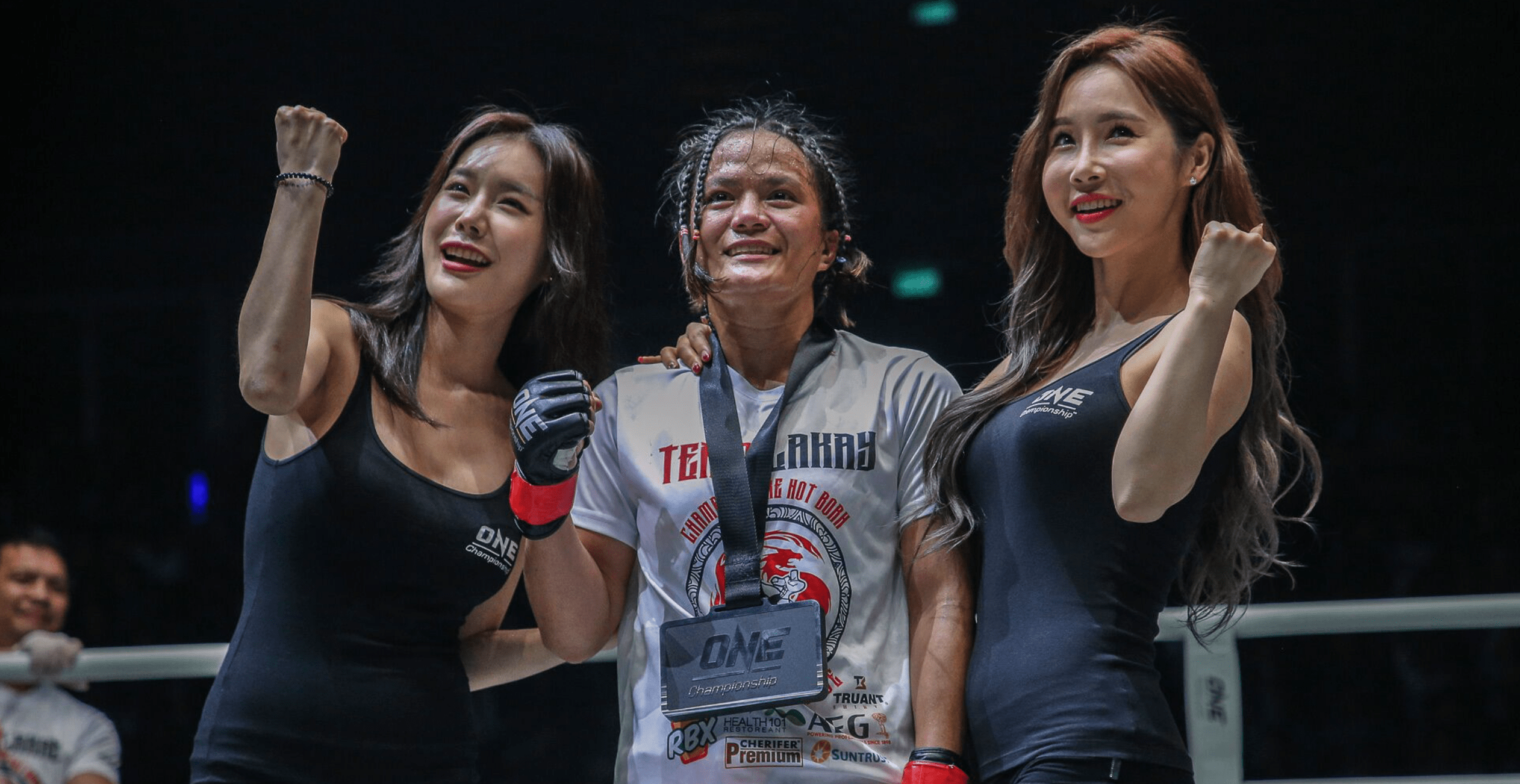 Gina Iniong last competed one year ago, when she defeated Asha Roka by unanimous decision at ONE: Fire And Fury. Shortly afterwards, she became pregnant with her first child. At the time, she pondered retirement in order to focus on her family, and even Team Lakay head coach Mark Sangiao said that he was uncertain about his student’s fighting future.

“We cannot really tell if Gina Iniong will return,” said Sangiao. “It’s her decision. We cannot really say. We told ONE already about it, and they sent their congratulations. They also told her not to think about retirement at this time. It’s her life and whatever she does, we’ll support her.”

But two months after her daughter Gianna Rose was born, Iniong has made the decision to compete again. It seems that the thirst for competition has overwhelmed her plans for retirement. Speaking to ONE Championship, the 31 year old said that she misses fighting.

“I can’t wait to get back in the Circle. I’ve missed it,” Iniong said. “Once I’m cleared to go back to training, and when my body feels right, you can expect to see me alongside your favorite Team Lakay superheroes again.”

When Iniong announced her pregnancy, she was the fifth-ranked athlete in the ONE atomweight division. But having been out of action for a year, she has fallen out of the rankings. However, ‘Conviction’ is still in her prime and wants to take advantage of that while she still has time.

“This year, everything just fell into place for me, and I learned a lot of valuable lessons,” said Iniong. “The biggest lesson I learned this year is that time is so precious. You can’t put a price on it. It’s the only thing you can never make more of. It’s life’s most expensive commodity.”

Getting Back Into The Mix

Since she last competed, the atomweight division has seen a major shift. Iniong was previously the only Filipina athlete in the rankings, but now rising star Denice Zamboanga has emerged on the scene and is currently ranked number one in the division.

While she has enjoyed time with her family, Iniong is eager to get back into the mix and hopes to break into the rankings once again. The new mother believes that the atomweight division is looking more competitive than ever.

“My division is really exciting right now,” Iniong said. “There are so many great talents, and I’m so excited for a lot of potential matchups. Any opponent that ONE Championship will give me, I’ll be ready.”

Iniong isn’t the only atomweight set to compete as a mother. The division’s champion Angela Lee is expecting her first child. As a result, ONE Championship is set to hold an Atomweight Grand Prix this year to find a title challenger for ‘Unstoppable’ when she returns.

Who would you like to see Gina Iniong face in her return to the ONE Circle?