Governor Of Florida Ron DeSantis And USADA Comment On UFC 249 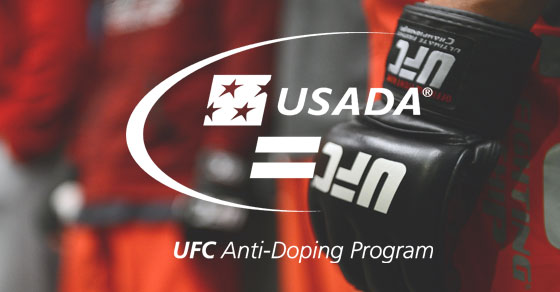 Lockdowns, quarantines, travel restrictions and social distancing measures have shut down most of the globe. The sports world has been especially impacted with the suspension of all major leagues and events. Even still, the UFC is moving forward with four cards in Jacksonville, Florida, starting next weekend with UFC 249.

Many might assume the event has been made possible by UFC president Dana White’s close proximity to and personal friendship with US president Donald Trump. However, it appears that the Governor of Florida, Ron DeSantis, has played a major role in advertising his state as open for business.

Speaking at a recent press conference (as transcribed by Bloody Elbow), Gov. DeSantis defended his decision.

He noted further that his decision to deem professional sports an ‘essential service’ will help other major companies and events “invest in Florida” and made specific mention of professional wrestling.

“I helped recruit,” DeSantis said. “I wanted the wrestling to be filmed in Orlando. I’d like them to do WrestleMania. They were going to do WrestleMania in April. That was hundreds of millions of dollars. I want to keep that good relationship.”

As of Friday, the state of Florida confirmed a COVID-19 case rate of 33, 690 with more than 1,250 deaths. Nationally, the United States has more than 1.1 million confirmed cases with roughly 64,000 deaths. National tensions are high with armed protestors flouting lockdown protocols in the state of Michigan. Oklahoma, Georgia, and Alaska have also begun to lessen social distancing measures.

All of this contrasts sharply with the decision of ONE Championship’s CEO and Chairman Chatri Sityodtong, who cancelled all May events, in response to the growing global health crisis. Miesha Tate made special note of this apparent difference in strategy.

But safety concerns for the spread of infection are not the only issue at hand. The logistics of anti-doping measures have also been thrown into question by the unprecedented global pandemic. However, in a statement to MMA Fighting, the United States Anti-Doping Agency (USADA) confirmed that they will be in attendance at UFC 249, to test the fighters.

“As we’ve stated, testing at UFC events is an essential part of a fair fight. We will have doping control officers at UFC 249, and will do everything in our power to conduct testing at future events, of course taking appropriate precautions to protect the health and safety of everyone involved.”

Many are viewing the upcoming UFC event in Florida as a litmus test for future sporting events across the world. Many fans will be extremely excited to see the sport return to live broadcasts; nonetheless, some wonder what the human cost could be given that the event will take place in the country with the highest number of deaths from the coronavirus.