Graphic: Artem Lobov And Jason Knight Battered And Bruised After Their Fight 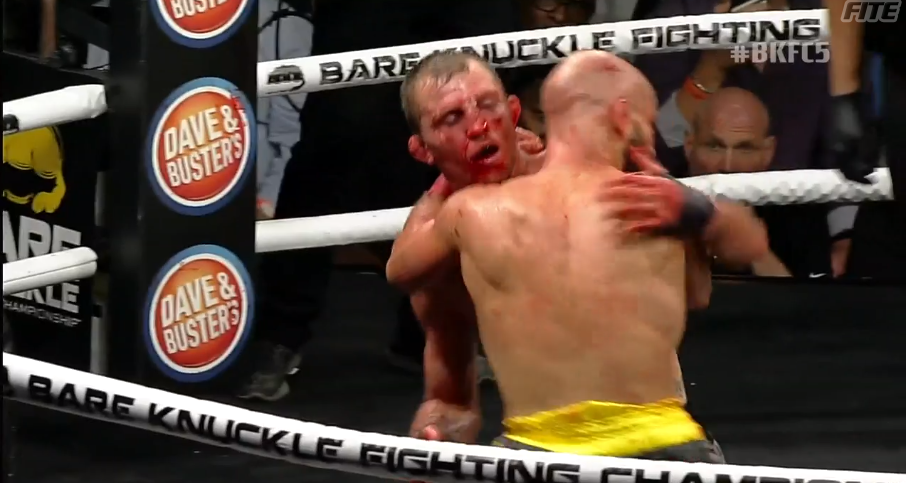 As previously reported, Artem Lobov defeated Jason Knight at Bare Knuckle Fighting Championships’ BKFC 5 event. Lobov beat Knight by unanimous decision after an exciting back-and-forth encounter. The MMA community understandably was very excited to see two UFC alumni throw down, and in the end, both men came out of the fight with bruises and scars.

Knight has since taken to social media to criticize the decision, but said that Artem Lobov’s injuries were much more severe than his.

“I may have got robbed and not got W but @RusHammerMMA on the way to the ICU may tell a different story! Much respect to him for a Great War!” Knight wrote on Twitter.

Artem Lobov has since posted an image of himself checked into a hospital, sporting a bruised and battered face!