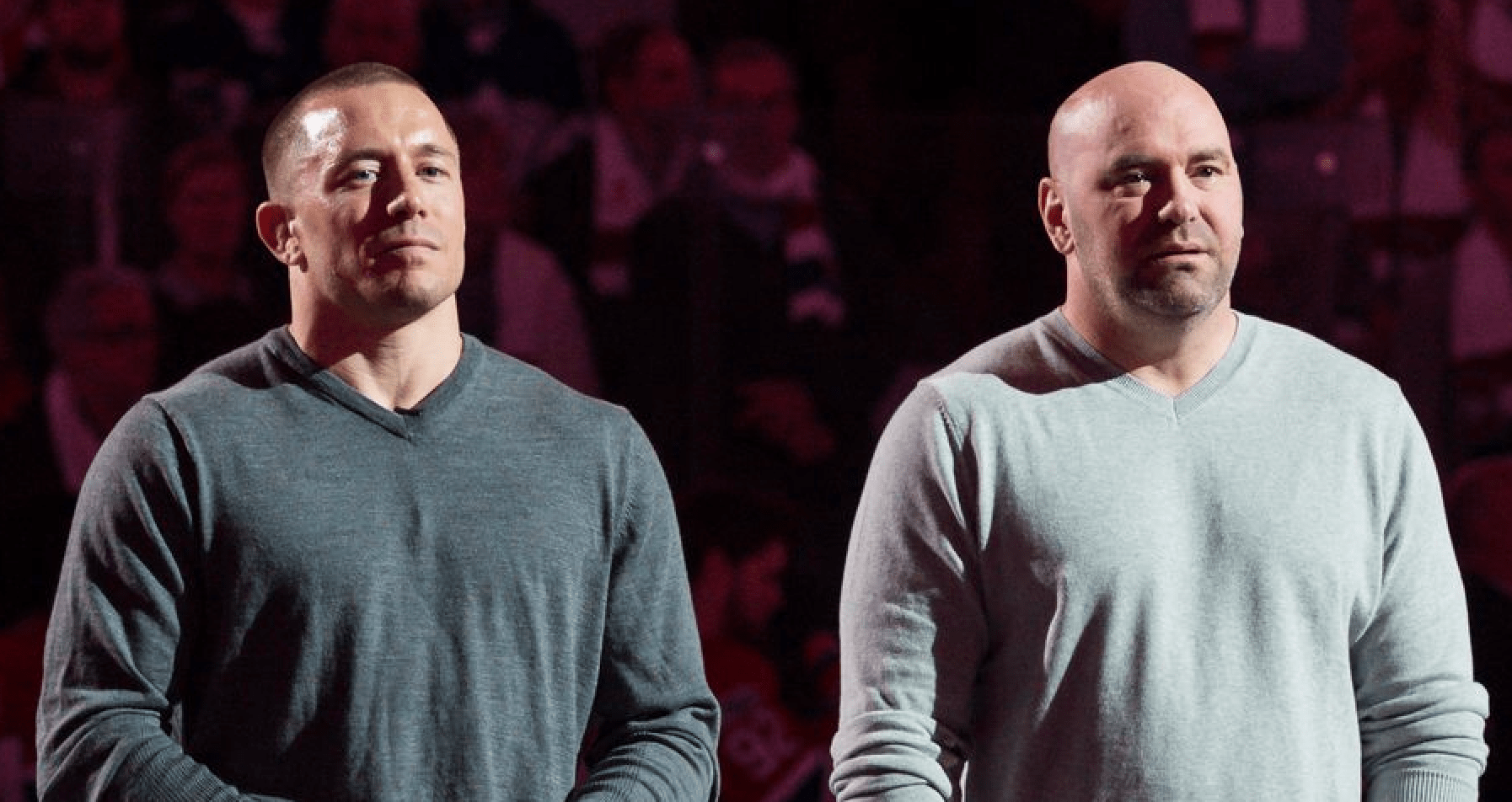 Former UFC welterweight and middleweight champion Georges St-Pierre has revealed that several people suggested that he take Dana White to court after the UFC president recently blocked him from competing in a boxing match against Oscar De La Hoya.

St-Pierre, who officially retired in 2019 after successfully winning the middleweight title against Michael Bisping two years prior, is still under contract with the UFC, which allowed Dana to stop him from the crossover fight against De La Hoya.

For St-Pierre, boxing De La Hoya would have been a dream come true. GSP previously stated that ‘The Golden Boy’ is his second favourite boxer of all time, behind Sugar Ray Leonard.

Speaking to Sports Illustrated, St-Pierre said that while he possibly could have taken legal action against Dana for blocking the fight, he didn’t want to look like the ‘bad guy’.

“Unfortunately, Dana White didn’t want it. It is what it is. I can’t be mad at him,” St-Pierre said. “People have said to take him to court, but that makes me look like the bad guy, and I don’t want to spend money on lawyers and all that. My contract with UFC will finish in almost two years, and I will be free. And I will still be in shape.

“I’m still a fighter and an entertainer. If there is an exhibition fight or a novelty fight for charity, then never say never.”

Unlike GSP however, De La Hoya had some harsh words for Dana, branding him ‘a little bitch’ in a tweet. The former multi-division boxing world champion also called him out for a boxing match. Not to be outdone, the UFC boss has also aimed crude barbs at the boxing legend in the past.

With St-Pierre out of the equation, for now, De La Hoya is set to fight against another former UFC star in Vitor Belfort on September 18th.

Would you be interested in a potential boxing match between Georges St-Pierre and Oscar De La Hoya down the road?