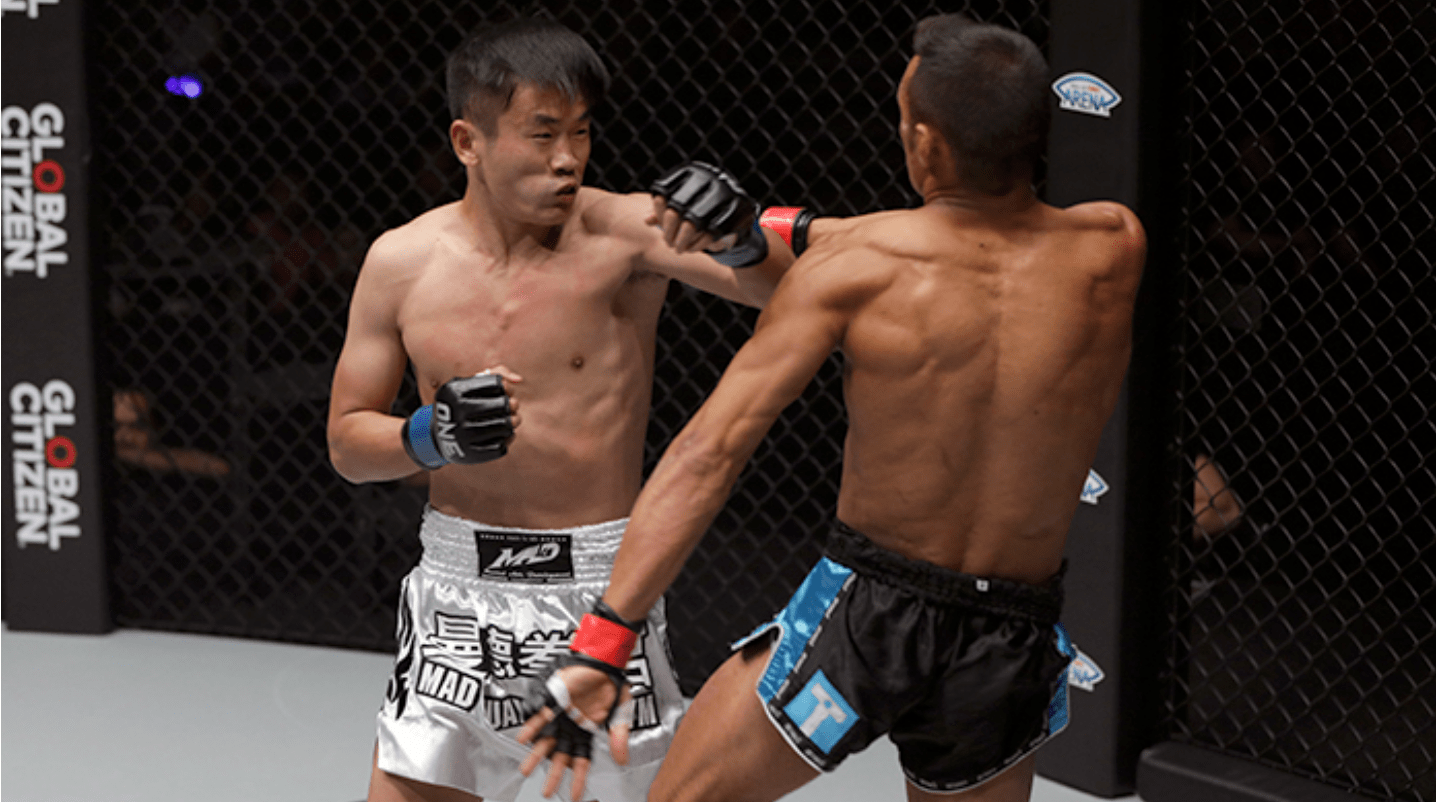 Chinese kickboxing superstar Han Zi Hao left China and moved to Thailand over 10 years ago to pursue his professional career in Muay Thai, a huge sacrifice for him in order to further his skills and one day make a name for himself amongst legends.

His opportunity for immortality in the sport arrives on 16 February, when he faces off with Muay Thai legend Nong-O Gaiyanghadao for the inaugural ONE Bantamweight Muay Thai World Title in the main event of ONE: CLASH OF LEGENDS which takes place at Bangkok’s Impact Arena.

“I will seize this opportunity to win the gold belt. It is the best reward for all my work,” said Han, in an interview with onefc.com.

Han has been a resident of Thailand since he was 14 years old. As such, being far away from family has often made him homesick. This year, Han made a rare reservation to go back home to China and celebrate Chinese New Year with his family.

Though it has been a holiday break he has been looking forward to for a long time, this has to wait given the fact that all his hard work has led to this moment.

Though he had been looking forward to the holiday break for a long time, Han made the decision to put his trip on hold when ONE called him to reveal that he would be facing Nong-O for the World Title.

“When we were talking on the phone, it was like my heart was on a roller coaster. I brought it up, ‘Chinese New Year is near.’ ‘Any problem?’ they replied. ‘No problem,” Han said.

“I said it was fine because the match is more important.”

As a practitioner of Muay Thai, he became a big fan of Nong-O for his legendary skills and because he could relate to him, having very similar backgrounds.

“I’ve heard about Nong-O since I was a kid. He is a legend of the Muay Thai world,” Han says.

“I grew up watching his matches. Naturally, he became one of my idols because I worship all the legendary figures in this field.”

Han began his quest in 2018, being dubbed as ONE’s Super Series Most Active Athlete of the year. Along the way, he overcame challenges posted by opponents such as Stergos “Greek Dynamite” Mikkios, Ryan “The Filipino Assassin” Jakiri, and Azwan Che Wil.

Because of those victories, Han’s efforts weren’t left unnoticed as he was tapped to compete for the inaugural ONE Super Series golden strap, and things got better when he learned that he would be up against his idol, Nong-O.

“Now, I finally have a chance to fight with him and, even better, I will challenge for the gold belt. This is such an honor for me,” Han said.

“I have grown stronger, and eventually, I can face him on the same level. I’m proud of myself,”

Nong-O is a well respected Muay Thai athlete with a record of 257-54-1 who worked his way up from extreme poverty in Thailand’s countryside. He moved to Bangkok when he was young and began to rack up accolades, winning the majority of the tournaments he competed in. No one can question his skills.

“He is a technical fighter with good defense and attack skills,” Han said.

“This kind of talent is rare even in Thailand, and he is also one of a few widely acknowledged champions – a true hero of Muay Thai.”

Given that Han faces a veteran who owns the edge in experience, the Chinese star decided to do his due diligence and study Nong-O from the bottom up. Han says he now has the game plan to bring him success against one of the most dangerous Muay Thai fighters in history.

“When I face Nong-O, my height will be a great advantage. The explosive power and accuracy of my punches are better than his. I will do my best and try to finish him by KO within five rounds,” said Han.

“I will focus on improving the explosive power of my punches and kicks, especially my heavy punch. I hope to finish him with this move, so the result is indisputable.”

For Han, working hard to be on the same level as his childhood hero has been difficult. The opportunity to face Nong-O for the World Title however can prove to be the defining moment of his career.

As such, Han has some very sharp words for Nong-O ahead of their five-round title tiff.

“I admire and respect you very much, but I have to point out that your era is about to end,” Han warns Nong-O.

“I will take your place and be the new legend of Muay Thai.”