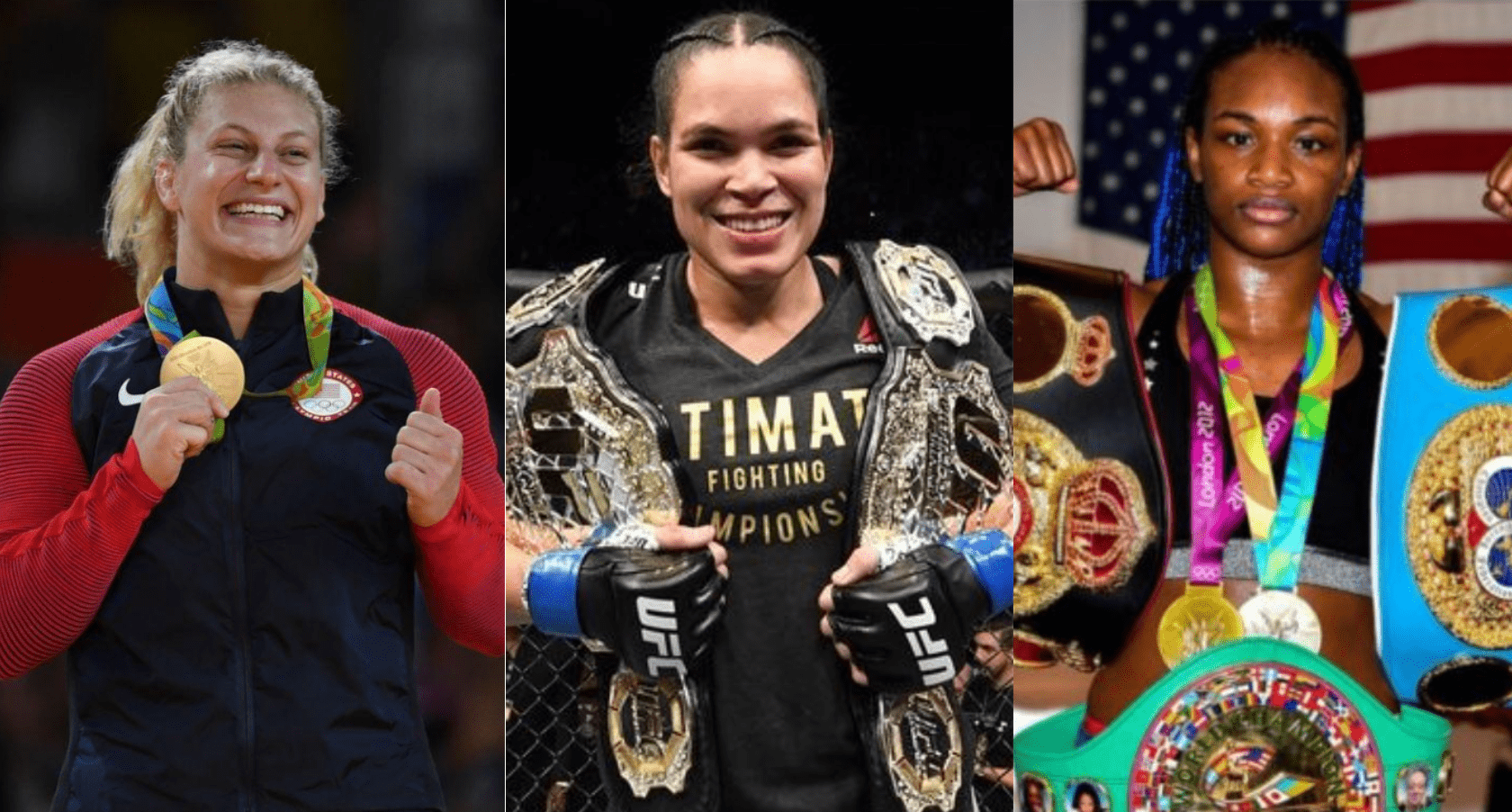 Kayla Harrison is open to fighting UFC bantamweight and featherweight champion Amanda Nunes when the time is right, but says she finds the constant chatter of the potential superfight between the two a ‘little annoying’ at times.

Last weekend in the UFC 259 co-main event, Nunes successfully defended her featherweight crown by submitting Megan Anderson within the first three minutes of the fight. The Brazilian has virtually cleared out both divisions, and the UFC is gradually running out of fighters to match her up with. However, there are a few names outside of the UFC which are often linked with ‘The Lioness’, including Harrison.

Harrison’s name was most recently brought up during the UFC 259 post-fight press conference. Although she finds it a little annoying to have her name constantly linked with Nunes, she also takes it as a compliment. Speaking to MMA Junkie, the two-time judo Olympic gold medalist said that their paths will cross when the time is right.

“I feel like, goddamn – she just won,” Harrison said. “Like, literally just won. Give her a second to breathe. It’s just a little annoying because of that, but again, what am I supposed to say? Of course I aspire to be like her. I aspire to be that, so it’s an honour to have my name thrown into the ring. It’s an honour for people to say that, but all in due time.

“We’ll get there when we get there, and if we do, I really, really hope that we do it with a lot of mutual respect in the realm of good sportsmanship.”

Harrison and Nunes train together at American Top Team and both have a great amount of respect for each other. In fact, the two division champion is a great source of inspiration for the judo ace.

“We’re teammates, so of course I don’t want it to be weird at the gym,” Harrison said. “I really like Amanda. Again, she inspires me. She has wiped out the entire featherweight division, but there should be somebody in the bantamweight division that she could go murder.”

Harrison has also been linked to a superfight with multi-division boxing world champion Claressa Shields, who signed with the PFL last year and is set to make her MMA debut in June. Having followed a similar path, Harrison has a sincere piece of advice for ‘T-Rex’ when she makes her debut.

“I think I would tell her just to breathe,” Harrison said. “For me, in my first fight, it kinda all comes rushing back. That feeling of, ‘Oh my God, am I capable of this? What am I doing? Why didn’t I just stay in my lane? Well what if this is my lane, what if this is what I was meant to do?’ You never know until you try. Get your ass out there. So I think the key for your first fight is just to breathe and remember who you are.

Shields has been training at JacksonWink MMA with the likes of Jon Jones and Holly Holm, and while she’s arguable the female GOAT in boxing, she still has a long way to go in terms of MMA. Harrison advices her to keep sharpening her boxing skills while working on the other disciplines of combat sports from the scratch.

Last month, the PFL announced their women’s lightweight tournament roster for the 2021 season, in which Harrison will defend her title against several familiar and new faces.

Would you like to see Kayla Harrison and Claressa Shields face Amanda Nunes down the road?