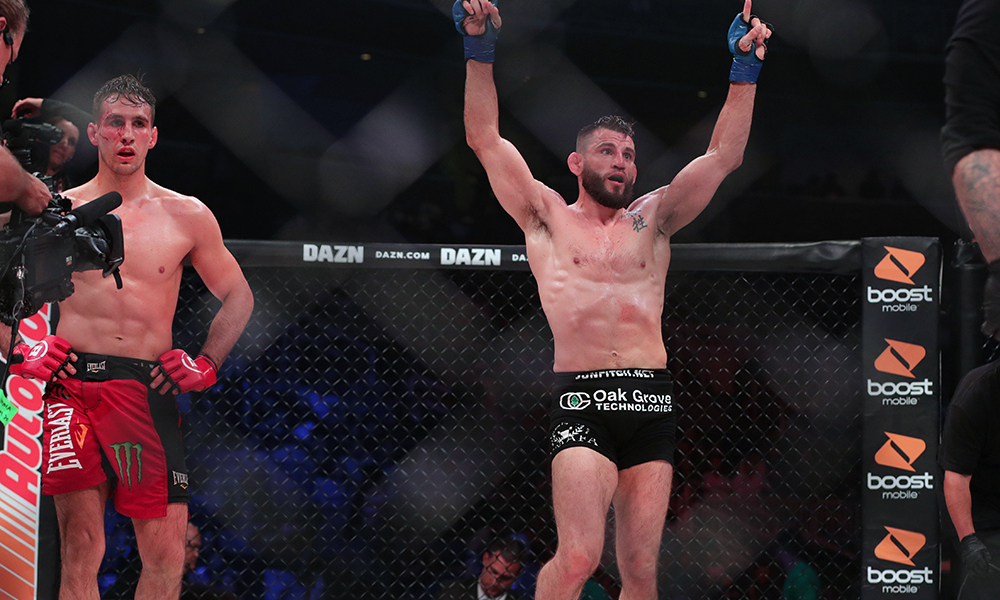 This past weekend at Bellator 220, the Bellator Welterweight Champion Rory MacDonald gave a rather interesting post-fight speech. After battling Jon Fitch to a majority draw in the Welterweight Grand Prix tournament, Rory MacDonald questioned whether he still had the killer instinct in him. Rory was so candid with his thoughts, that many believed he could be alluding to an early retirement.

While the dust has now settled, people are still wondering whether we have seen the last of “The Red King” inside the cage. One man, however, disagrees with those sentiments. Firas Zahabi, Rory’s head coach, weighed in on the situation on Ariel Helwani’s Show.

“A lot of fighters go through these kinds of things”, Zahabi told Helwani. “He’s not the first guy to see both sides of fighting — the good part, the darker part — and then kind of come to these realizations”, Zahabi said. Rory MacDonald is now scheduled to face Neiman Gracie next in the semifinals of Bellator’s Welterweight Grand Prix. “Right after a fight, you’re so full of emotions”, Firas continued. “The pendulum might swing the other way. He might want to fight and continue and that’s what I think will happen.

“I really feel like he has a lot of fight left in him … he’s a natural-born fighter. I think he’s going to continue on his journey.”

Rory recently lost to Gegard Mousasi before his fight with Fitch, but it is likely that the Bellator champion will continue to fight, at least for the foreseeable future.