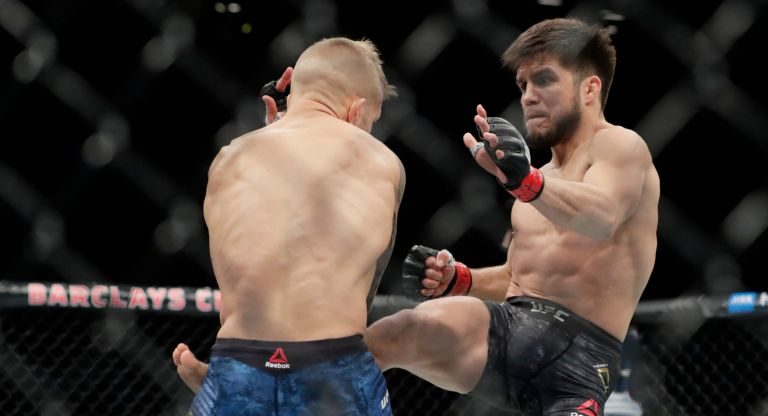 Henry Cejudo defeated TJ Dillashaw in an emphatic fashion this past weekend to retain the UFC flyweight championship. Cejudo had earlier defeated Demetrious Johnson to win the flyweight title, after what seemed like an eternity since DJ was first crowned the king of flyweights.

Cejudo’s impressive record has seen his stock sky-rocket in the UFC, and the UFC flyweight champion isn’t unaware of the fact. Speaking with Ariel Helwani on the Helwani Show, Cejudo called himself the ‘cash cow’ in the UFC.

“I’m the cash cow”, Cejudo explained. “It’s the Cejudo weight. I’ve got a huge target on my back. Everyone’s on notice, both flyweights and bantamweights.”

Henry further added that he was gunning for the second belt, and will be moving up to 135 lbs.

“I think it’s been saved”, Henry Cejudo said of the flyweight division. “I want my shot at 135 lbs. I want my crack at second gold. It’s about my legacy now.”

Talking about Demetrious Johnson however, Henry said that DJ is still the greatest of all time in his opinion.

“I still think he is the greatest of all time”.