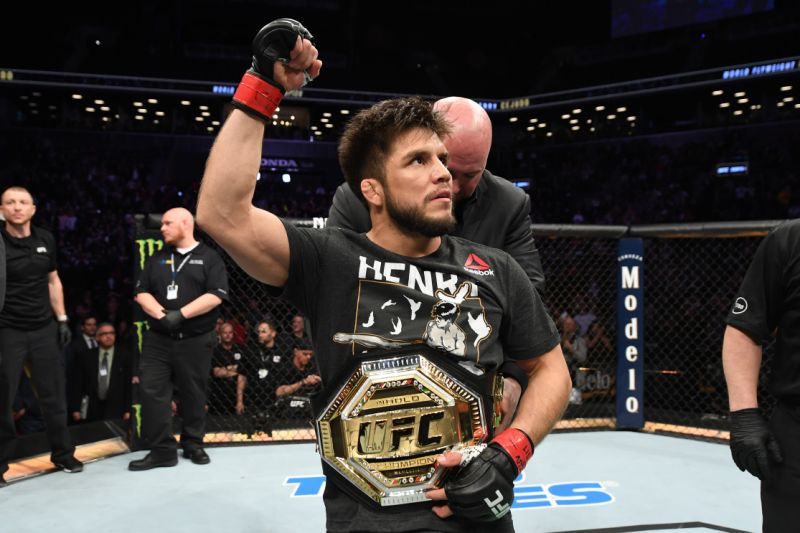 Henry Cejudo has christened himself the ‘Saviour of the flyweights’, when he defeated TJ Dillashaw. The narrative going into the fight was that if Dillashaw won, Dana White and the UFC would scrap the 125-pound division. For years, Demetrious Johnson reigned supreme, vanquishing his opposition with finesse and panache. However, Henry Cejudo dethroned DJ, handing the former champion his first defeat since he won the inaugural flyweight title all those years ago.

Asian Persuasion MMA is live in Melbourne covering UFC 234, and Cejudo was one of the guest fighters who flew down to Melbourne. The champion spoke about the uncertainty looming over the flyweight division and the flyweights, and admitted that he has no idea what is happening behind the scenes.

“I’m speechless”, Cejudo revealed. “I don’t know what to tell you guys. I really don’t. I’m getting no answer from (Dana White) either. There’s a pink elephant in the room. It’s like, ‘Hey, I’m the champ.’ I should be told something at least, out of a little bit out of respect. It’s still unsure.”

The narrative has now shifted to Cejudo moving up a weight class, and fight Dillashaw. Henry Cejudo shocked the world when he stopped the bantamweight champion in the first round. And according to Henry, the UFC brass wants him to fight TJ for the bantamweight title next.

“One thing they (UFC) do want, they do want that TJ fight. Dana wants it, TJ wants it, we want it. That’s kind of where everything is heading as of now. Possibly (at 135). I would like it. I know I could beat the man again at 135 pounds. I know what I saw in those 32 seconds. I see a lot of opportunities for me.”

Below is the entire media scrum with the UFC flyweight champion.