Henry Cejudo To Defend 125lbs Title Against Joe Benavidez Next 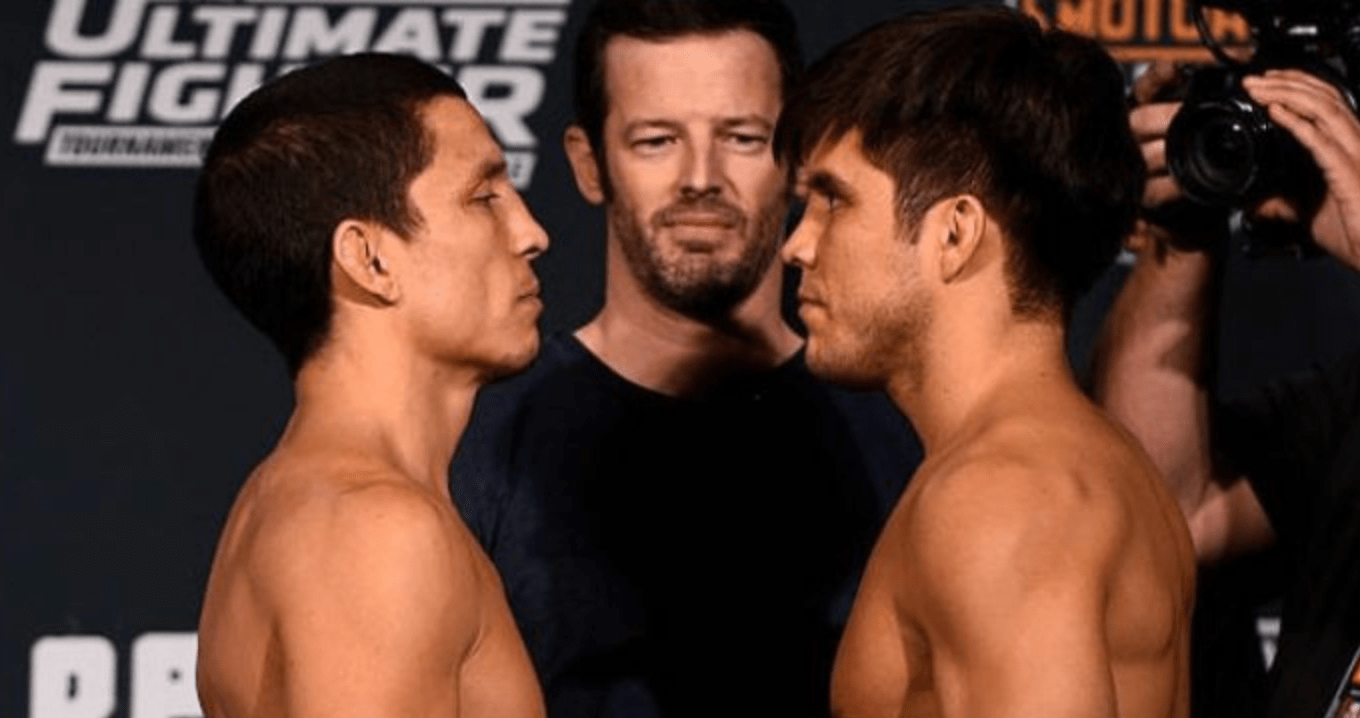 Following his impressive return to the Octagon at UFC Sacramento this past weekend, there’s been a lot of talk saying that Urijah Faber should get the next shot at Henry Cejudo and his UFC bantamweight title

I guess when you’re a legend of the sport and you knockout a top fifteen guy in 46 seconds, you’re always going to get fans calling for a title shot next. However, if you’re the likes of Aljamain Sterling or Petr Yan, it would be understandable to feel hard done by if ‘The California Kid’ swans back into the UFC and jumps the line ahead of you.

But Sterling and Yan needn’t worry. Or at least not for the time being. When asked by TMZ Sports, how impressed he was with Faber’s quick win over Ricky Simon at UFC Sacramento and whether he will challenge Cejudo next, UFC president Dana White said that although he was impressed with Faber, he doesn’t see him facing Cejudo next.

“He looked good man. Obviously, not just who he beat but how he beat him and how he did it. He looked incredible, in his hometown that night. He was giving me shit after because I did say he was old. And yeah, he looked good. I don’t know, Cejudo’s hurt. So I got to see what’s next for Henry Cejudo.

“You don’t know what fights you can make until everyone’s healthy and back, so we’ll see what happens when Cejudo gets back here.”

Dana went on to say the Cejudo will defend his flyweight title, before he defends his bantamweight title. And it will like be against the number one ranked 125 pounder, Joe Benavidez.

Soon after the UFC boss confirmed that Benavidez would be challenging Cejudo next, ‘Joey Two Times’ took to Twitter to show his gratitude.

Dana also confirmed that the UFC flyweight division wasn’t going anywhere. Certianly not while Cejudo is defending both his 125lbs and 135lbs belts.

“I think that as long as Cejudo is willing to defend both titles, I think he’s the guy that could carry both of them. And when I say both, I mean both divisions.”

Cejudo and Benavidez fought previously, in 2016. On that night, it was Benavidez who got his hand raised, after winning a very close split decision.

Do you agree that Joseph Benavidez should get the next shot at Henry Cejudo?