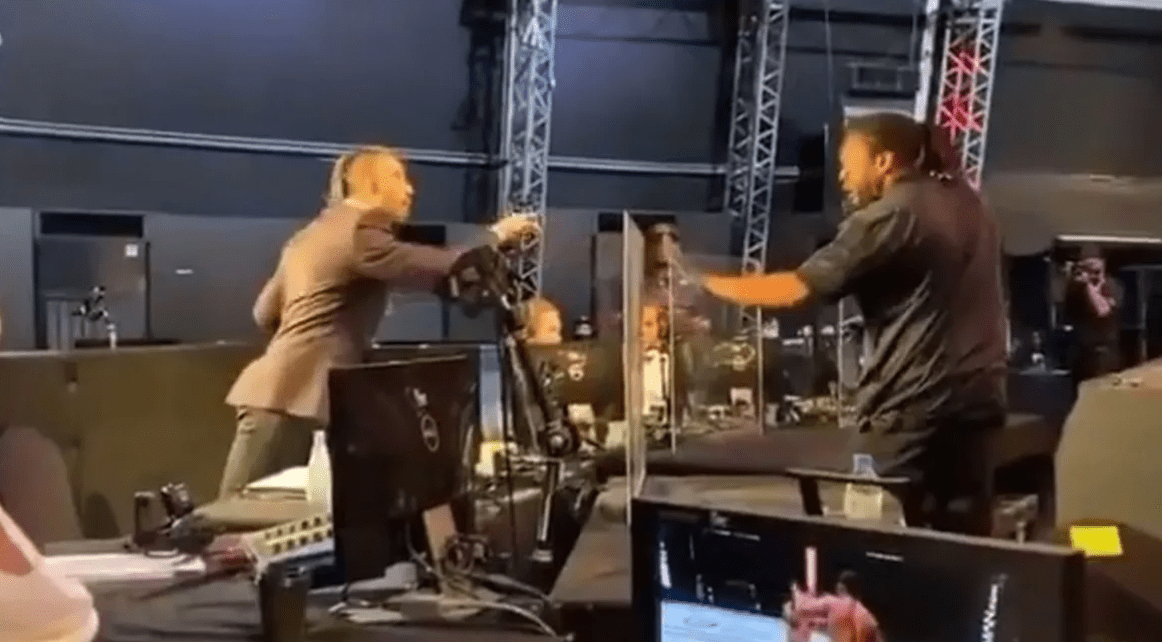 While UFC Fight Island 3 ended on a high note, following the technical and masterful display of mixed martial arts between Robert Whittaker and Darren Till in the main event, many of the headlines are centred around the ending of the featured prelim between Francisco Trinaldo and Jai Herbert. In which commentator on the night Dan Hardy confronted referee Herb Dean immediately after the fight, after accusing him of allowing the fight to go on too long.

After Herbert was knocked down by Trinaldo in the third round, Hardy stood to his feet and shouted ‘Stop the fight’. A couple of seconds later and Dean ended the fight. Once Herb left the Octagon, words were exchanged between him and the former UFC title challenger.

In the last few hours, Herb Dean has taken to social media to post a video (as transcribed by MMA Fighting) to give his side of the story and reject the general consensus that it was a late stoppage.

“There’s a fight that some people said could have been stopped earlier, think it was stopped late. By no means was that a late stoppage,” Dean said.

“Anyone who believes or not is maybe just following because someone with a microphone says it’s a [bad] stoppage. But if you know anything about fighting, a fighter got hurt, fighters get rocked all the time but we’re looking at his actions. He’s tracking his opponent. He knows where his opponent is. He’s put both arms in between him and his opponent. He’s lifted his leg up, head off the mat. He’s doing everything I can ask for him to do to stay in that fight. There wasn’t a bad stoppage.”

Although not mentioning Hardy by name, Dean criticised Hardy for shouting out during the fight.

“During the match, someone yelled out ‘Stop the fight’. This is really interesting because there’s only professionals there. There’s not one fan in the building. Everybody has a job there, everybody knows what their job is and they have specific duties. I have a job to referee the fight. One of my duties is to stop the fight when the fighter’s taken too much damage.

Dean added that when he heard Hardy shout out, he didn’t know who it was at the time.

“I don’t know who it was that did it cause I was looking at the fight but I heard it,” Dean said. “But I assumed that it was either the two people authorized to do it — the doctor or the corner.

“After the match, I followed up, I asked the physician, he goes ‘No, that fight was fine, I’m perfectly fine with everything you did in that match.’ I didn’t get the chance to ask his corners but I asked the inspectors who were in charge of his corner. They said no, the corner did not yell out to stop the match.”

Although Hardy had the fighter’s best intentions in mind, Dean stated that his actions could have done more harm than good.

“This is a very dangerous thing to do,” Dean continued. “If you put on your Superman shirt and decide that you’re the smartest person in the room. Smarter than the physician, smarter than the corner who works with the guy and smarter than the referee, you’re doing a chance that you could bring in information that could do the fighter disservice. I’m looking at the match, I believe I’m getting information from the people qualified to do it.

“Under no circumstances, even I as a referee, get up and yell and tell another referee to stop the match. If I were to do that, I would know it would be a situation where I couldn’t live with myself otherwise. I know that there could be consequences that you’d never see me in that position again but I would sleep well knowing that I did that.”

Dan Hardy has also taken to social media to give his side of the incident. In his Instagram post, ‘The Outlaw’ said that he will “always do everything in my power to protect it, and those dedicating themselves to it”.

Speaking at the UFC Fight Island 3 post fight press conference, Trinaldo stated that he believed that the stoppage was a little late.

“It could’ve been stopped earlier but I’m a fighter, not a referee. I go there to do my job and the referee is the one in charge. I saw and stopped a little bit and waited but the referee didn’t stop the fight, so I continued on. The referee is in charge.”

UFC senior vice president David Shaw, whilst also speaking at the post fight press conference stated that the promotion will look into the incident.

“I wasn’t on the floor when it happened. I did hear some of the comments on the broadcast. Here’s the thing, being a ref in MMA is one of the hardest roles that you can have and Herb Dean is one of our best, categorically. Bottom line is, health and safety of the athletes is of paramount importance. On the other side, you’ve got a guy like Hardy who [has had a] very successful MMA career, an excellent analyst right now, but he’s passionate, and he’s fiery.

“The important thing for us to do is to try and get a handle and try to get an understanding of what actually happened. Obviously, this is not something that you address with either one of the parties during the show. These guys have a job to do and so we certainly don’t want to disrupt their efforts to do an excellent job, as we expect they always will. So we’ll go back, we’ll check it out, try to get a better understanding of what happened and really take it from there.”

Do you agree with Dan Hardy? Was it a late stoppage by Herb Dean?