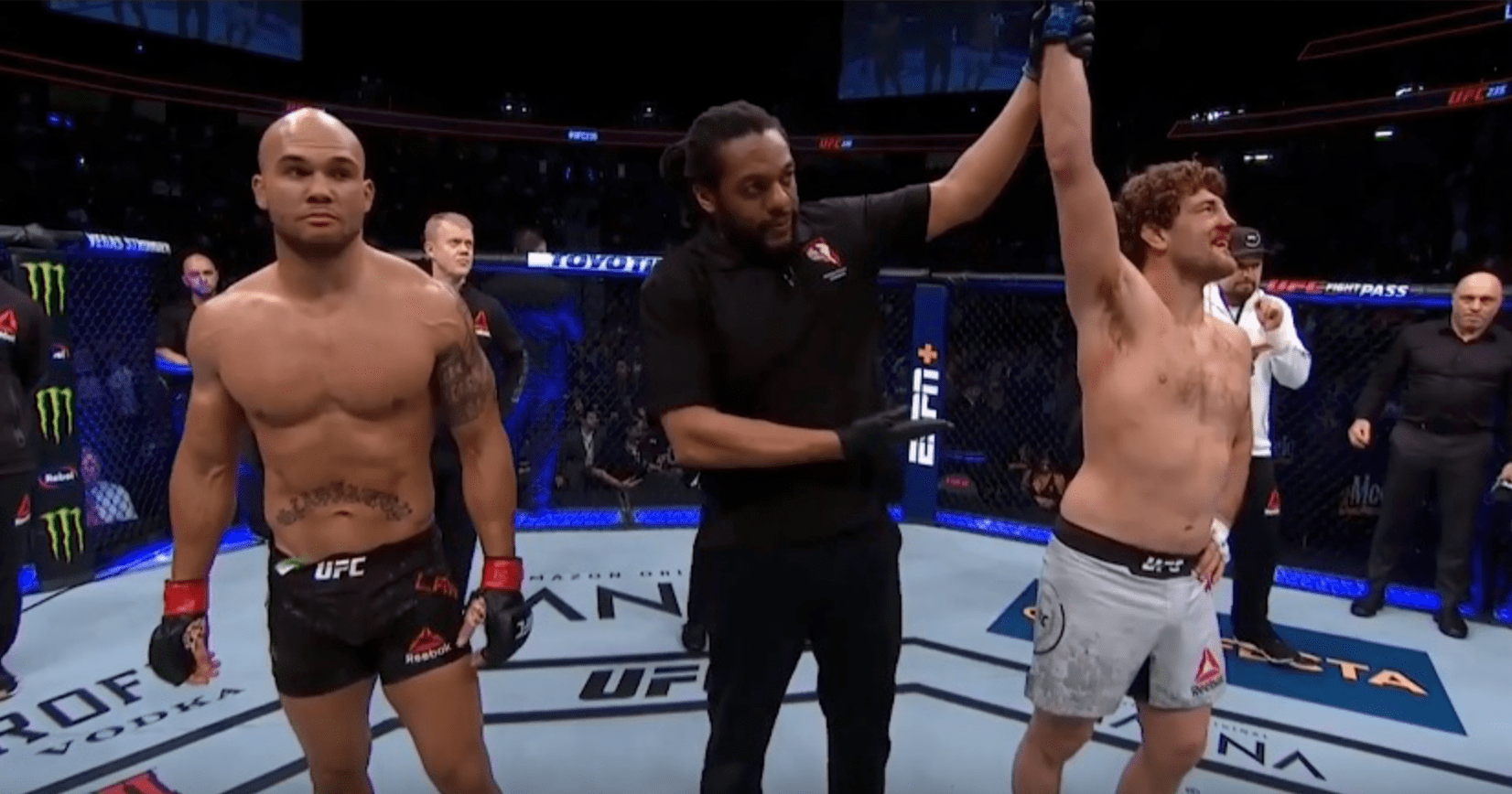 Dean is regarded as one of the best MMA referees in the world. And for good reason. Talking to on the Joe Rogan Podcast this week, Dean discussed the controversial stoppage (as transcribed by MMA Fighting).

“When I see some chokes, a rear-naked choke, especially with the guy on the back face up, I take a sigh of relief. My job just got so much easier. This guy, it’s not like he’s gonna go out and then a second take some extreme amount of damage. He may go out, I’ll have a second to make sure — not even a second — a half-a-breath to make sure he’s okay. And then let it go out and he’s not gonna take any other damage.

“A bulldog choke — anytime you have a choke where there’s pressure on the neck and they’re bending the c-spine (cervical spine) backwards like that, that’s a rough situation for me. So I see someone go limp and I know that on top of it they’re no longer putting tension on their neck, and their neck is just being bent, I can’t see that I should do something different than that.

“We never want to see anything that could make you have a feeling that it’s inconclusive, but I can’t think of what else I should have done,”

For Dean, the fighters’ safety is his priority. And it’s no easy task.

“That is the tough part about it. We’re evaluating situations, you’re evaluating a threat to the person, you’re evaluating if there’s a threat coming, how well can they deal with it. There’s a lot of stuff going on there. We take it really serious, I take it really serious. To me, I feel that I have a sacred trust. I feel that it’s one of these positions that, like — our athletes are not stupid people. A lot of them could be doing a lot of things with their life, and they’ve chosen this path and they take time from their family, they take time away from other careers where they could be progressing, and all to meet their dreams and hopes, and I need to balance that with their safety.

“So it’s something I think about a lot and even in the way I talk to my friends, I’m always working as a referee. Anytime I’m out on the streets or with friends, people are going to ask me what do I think about this fight or who do I think can be better and because of this job you’re doing you no longer have the luxury of talking about mixed martial arts in a fun way about who’s gonna win and how’s this gonna happen because who knows, I might referee the fight.”

As Dean told Rogan, we will probably never know if Lawler did go out for certain. Which just shows the difficulty for a referee in such positions, reacting in real time. The best explanation of the stoppage that I have seen since the fight, is the Gracie Brothers breakdown. Which you can watch here.