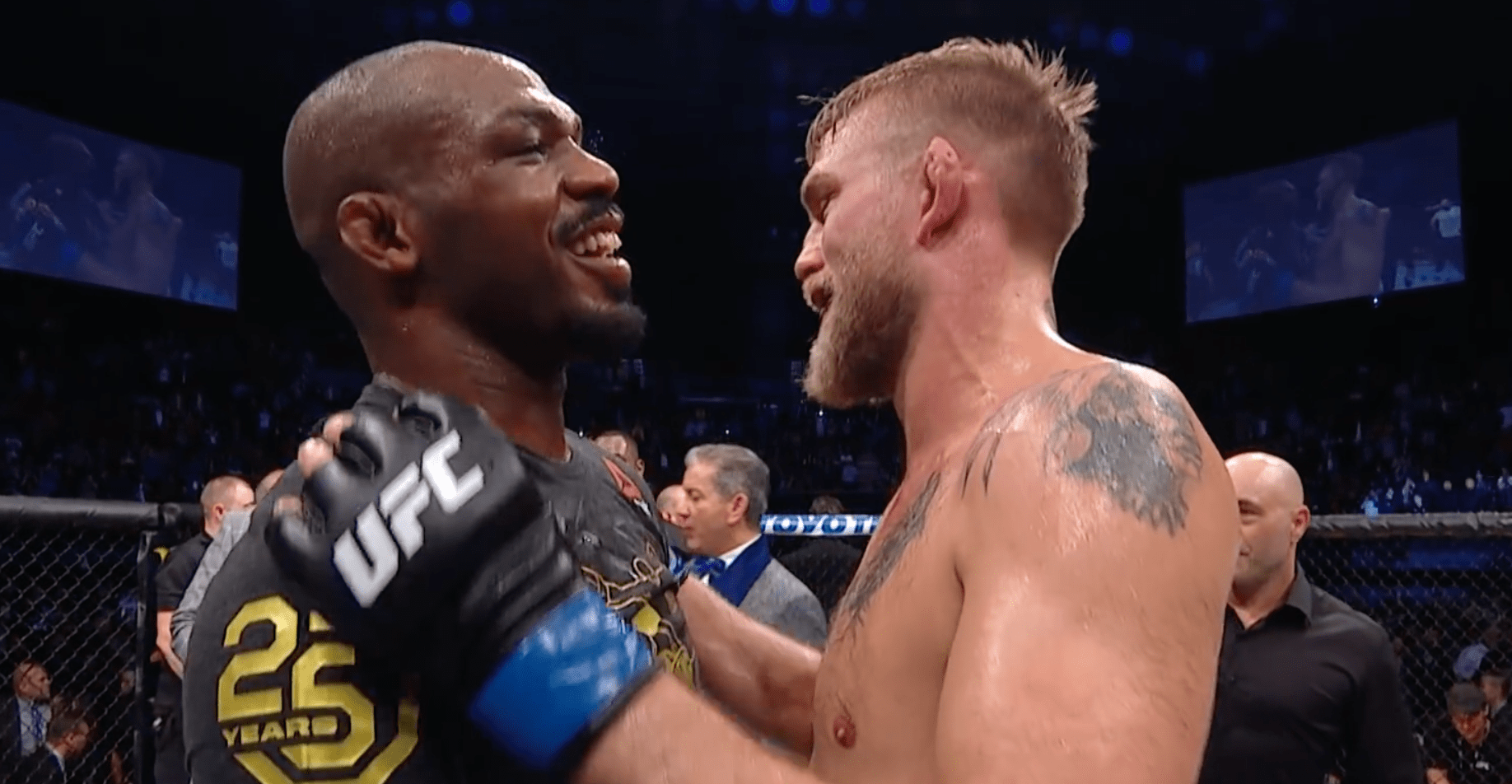 Following their main event at UFC 232, Jon Jones and Alexander Gustafsson shared a nice moment inside the Octagon. The UFC have now released footage of the pair up close, where you can hear what the two light heavyweights said to each other, moments after Jones won their bout to reclaim the UFC light heavyweight title.

Step into the Octagon for #UFC232 Thrill & Agony ?? https://t.co/mWNNT0eYqR pic.twitter.com/DvM4iJ8eQc

Despite all the bad words spoken in the lead up to their title fight at UFC 232, it’s clear that both men have a huge amount of respect for each other.

The footage comes from UFC 232 The Thrill And The Agony. You can see more of this in the sneak peak below but to watch the full episode, you will need to head over to UFC Fight Pass.