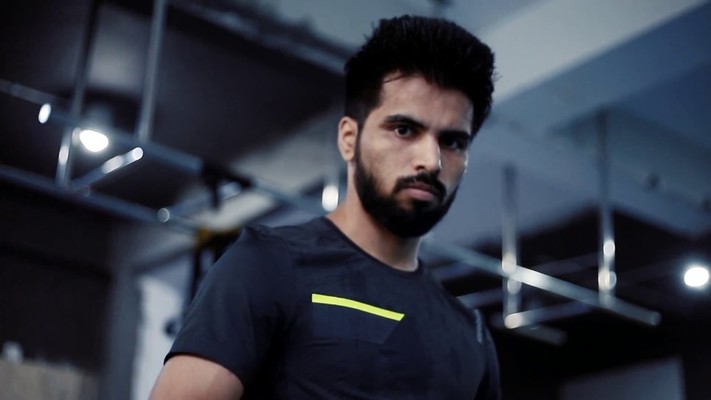 Indian MMA fighter Himanshu Kaushik would want to carry on his momentum, when he steps inside the cage tomorrow at ONE: For Honor in Jakarta, Indonesia. Kaushik is coming off an impressive victory back in January, and wants to carry his momentum into the next fight.

“I don’t care about my opponents”, Himanshu Kaushik told us in an exclusive interview. “I just worry about myself.”

“Adrian Mattheis is a very experienced fighter, and has a very solid ground game. His ground game is better than mine. That is why I will focus on striking”, he said.

Kaushik’s last fight ended in a first round KO, and the Indian flyweight wants a repeat against the Indonesian.

“I want a first round knockout”, Himanshu said defiantly. “Definitely I will win by knockout.”

Furthermore, Kaushik explained that with a single win, he has received major support from the MMA fans in India. “I want to become the ‘Tendulkar of MMA’ in India”, Himanshu quipped.

You can see the entire interview below.

ONE: For Honor goes down Friday night in Jakarta, Indonesia.

If you missed the ONE: For Honor Open Workouts, you can watch them here: