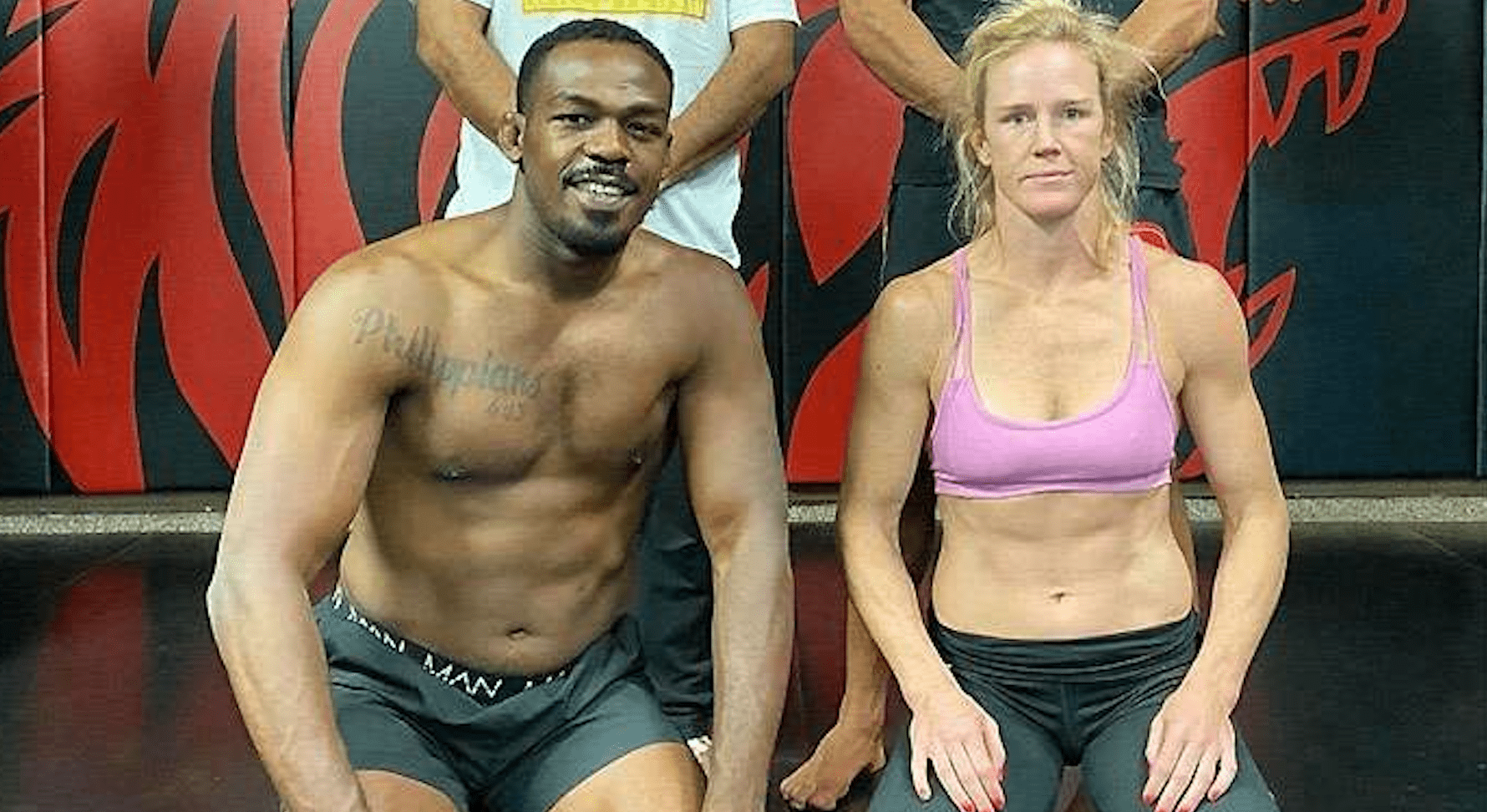 Jon Jones vacated his UFC light heavyweight title last August last to focus on his quest to win the heavyweight title and cement his legacy as the GOAT. The 33 year old is moving up in weight after dominating the 205lbs division for over a decade, and Holly Holm is backing him to continue his success against the big boys.

Jones’ debut fight, according to Dana White, will be for the title against the winner of the UFC 260 headliner between the champion Stipe Miocic and Francis Ngannou.

Committed To The Challenge

Holm, who trains with Jones at JacksonWink MMA, is confident of his chances at heavyweight. Speaking to MMA Junkie, ‘The Preacher’s Daughter’ said that ‘Bones’ is moving up in weight with a clear goal in mind.

“He’s putting in the time to get stronger, and I know that he’s going to make this change and really embrace it and jump in 100 percent and do everything he needs to be ready,” Holm said. “I always have so much confidence in Jon because it’s almost like he doesn’t know how to lose. When he goes in there, it’s almost expected that he’s going to win by so many people. If there’s any fight that somebody gives him a little bit of a fight, then they’re like, ‘I don’t know’ – just because it’s a close fight.

‘Jones Is a Big Guy’

While many expect Jones to do well at heavyweight, some are skeptical of his chances against ‘bigger’ opponents. Holm however, rejected the idea that the heavyweights will have a significant size advantage over the Albuquerque native.

“I don’t know how many fighters are actually taller than him and he’s very strong. His skill set, I believe, is just better,” Holm stated. “He has a better skill set. He’s already as tall as them. I don’t think people really think about that a lot. It’s like, ‘Oh, he’s going up in weight, and these guys are big.’ It’s like, ‘Yeah, they are big, but Jon is a big guy.’ If you’ve ever stood next to him, he’s a big guy. He’s not a small 205er. He’s tall. He’s long. He’s skilled. He’s got more speed. Like I said, his skill is just on another level – so I think he can go in and do very well.”

Currently on a two fight win streak, Holly Holm returns on the UFC’s May 8th card in a top six bantamweight clash against Julianna Pena.

How do you think Jon Jones does at heavyweight?