Holm Is Gunning For Nunes 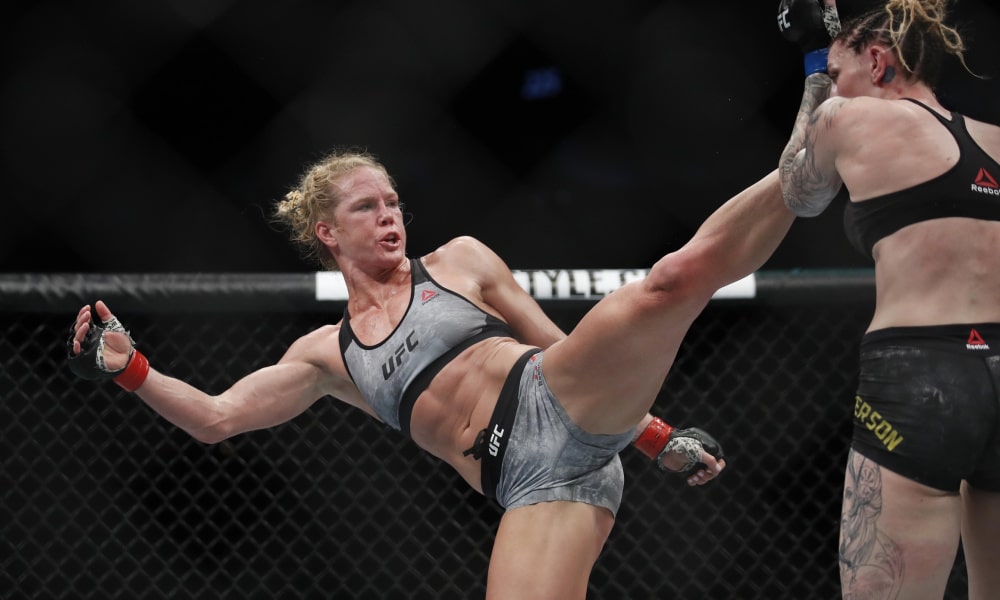 Whilst Holly Holm is focused on her upcoming bout with Aspen Ladd at UFC 235, she still has one eye on taking on the double champion, Amanda Nunes. As ‘The Preacher’s Daughter’ told MMA Junkie.

“I’ve been focusing on this particular fight because I don’t want to overlook who I’m facing now and then run into a loss because I was looking too far into the future. I’m never promised another day and another fight, so I need to make the most of what’s in front of me. I’m going to have this fight with Aspen Ladd and we’ll see what happens going forward. There’s always short goals and long goals. Yes, I would love to be able to fight with Nunes. It’s one of the things that could happen. I’m just 100 percent into Aspen Ladd right now.”

Not only does Holm need to get past Ladd first, she also believes that Cris Cyborg deserves a rematch against Nunes.

“She deserves a rematch for being somebody in a dominant position like that for so long getting knocked out? Yes, they absolutely deserves a rematch. That’s the way it goes. I believe she deserve the chance to go fight again. I don’t think she needs people to talk her into it. Rematches after getting knocked out, it needs to come from the fighter themselves. If Cyborg comes forward saying, ‘I want the rematch I can absolutely do.’ Yes, I think Amanda should honour that.”

Other than Cyborg, Holm is one of the main contenders to challenge Nunes but that would change if she loses to Ladd at UFC 235. And Holm acknowledges that a win over the unbeaten Ladd, will be no easy feat.

“She is young and she is undefeated and there’s a reason why she is undefeated and it’s because she’s tough, and she believes in herself. She’s gone in, had some fights in the UFC as a young fighter and handled that pressure very well. She embraces it and it doesn’t break her. She’s up and coming. It’s not like Ladd has fought nobodies. But she still hasn’t fought me. It’s going to be a different fight than what she’s faced before, but I am very aware of her strengths and I am very aware that she’s a game opponent and I do not overlook her at all.”