‘I Can Knock Anderson Silva Out’ – Jared Cannonier 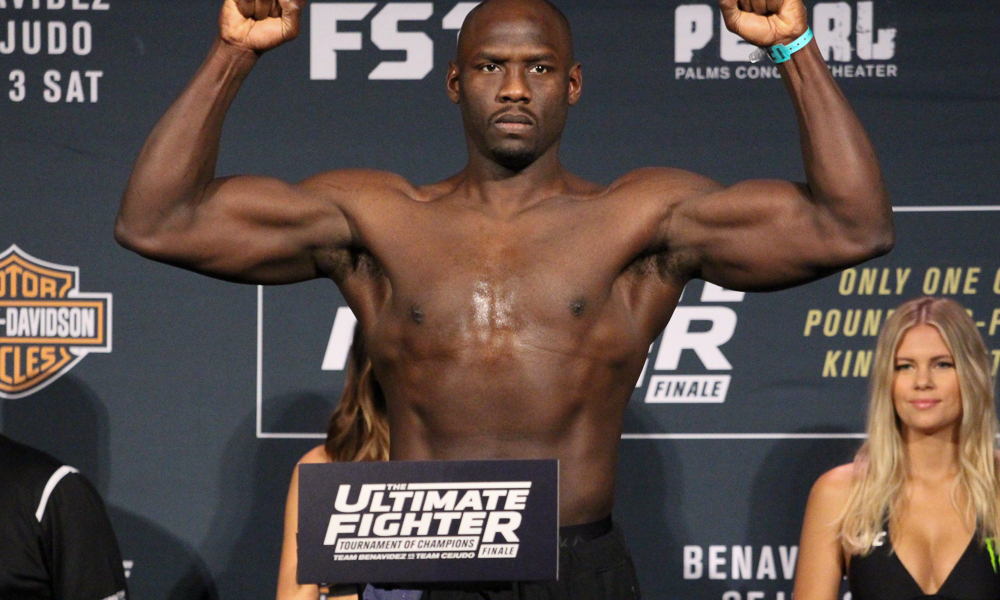 Jared Cannonier and Anderson Silva will cross paths at UFC 237 in Curitiba, Brazil. Cannonier (11-4 MMA, 4-4 UFC), who recently made his middleweight debut, was initially offered a fight against Jacare Souza (26-6 MMA, 9-3 UFC). However, with Anderson Silva (34-8 MMA, 17-5 UFC) wanting to fight in his own backyard before calling it a day, UFC booked a fight between the two.

Silva is coming off a loss against Israel Adesanya at UFC 234. However, contrary to what people initially thought, Anderson looked like his old self, with the two counter-strikers putting on a show for the fans in Australia. Cannonier recently talked to MMA Junkie Radio about facing Silva, and said he will not give Anderson too much respect, something he did — and was punished for — against Glover Teixiera.

“I definitely recognize what he’s done”, Cannonier said (transcript via MMA Junkie). “There’s no denying that. But I can’t really approach these guys like that. I made that mistake when I fought Glover (Teixiera). I was a little too enamored by the whole thing, and I was excited to fight him, but I think I showed him a little too much respect. And I’m not going to make that mistake again.

“I have a formula I use when I fight any and everybody. It’s the same formula. I’m going to look at Silva as not Anderson Silva, but as this man in front of me that I have to break.”

Cannonier is currently training out of The MMA Lab, working with Eddie Cha, and the middleweight contender believes that he can knock anyone out, and that includes Silva.

“At this point, I run off instinct, and I already know how I fight”, he said. “I just pit my style against what I see. I think – as a matter of fact, I know – I can get in there and knock Anderson out. I can knock anybody out, but I imagine I can knock him out.

“I think he may have to be a little more cautious on the feet. Who knows, you may see him shooting for a double-leg or something.”

Jared Cannonier is also aware of the fact that if he is not careful, the fight could end with him staring at the bright lights. Jared Cannonier talked about being prepared for whatever Silva throws at him during the fight.

“(A knockout) could happen to me, especially going up against a guy like Anderson Silva”, he said. “And this is stuff that’s we’ve prepared for. We already understand that the worst of the worst could happen in there, and I’ve come to that understanding, but I don’t dwell on it. I dwell on me being the best I can be and going in there and doing what I do best.”

“If Anderson Silva can keep from not getting finished, then that means it’s going to be an exciting fight”, he said. “Because when you’re dodging the shots that I throw, if you’re slipping and moving and doing all the right things, that’s going to be a beautiful thing to watch. I’m telling you man, because I’m going to be throwing heat, and I’m only getting more confident in my hands as time goes by.”