Iaquinta Says McGregor Is Not Willing To Die In The Octagon 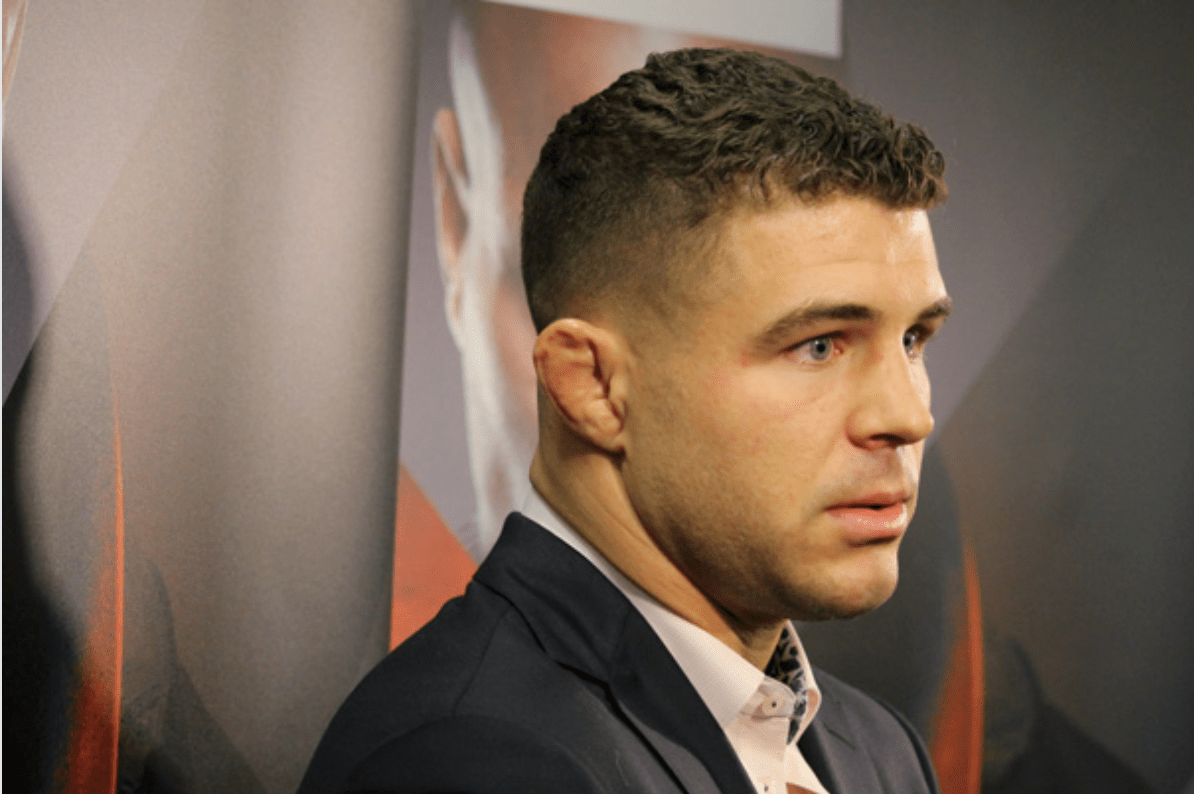 Speaking to the media at UFC Brooklyn (transcribed by BJPenn.com), Al Iaquinta said he’s looking for a fight with Tony Ferguson, Dustin Poirier or Conor McGregor, to set up a rematch with Khabib Nurmagomedov.

“I want to fight anyone ranked above me. I want to fight Tony Ferguson, I want to fight Conor McGregor, I want to fight Dustin Poirier and then a win over either of those guys will get me that rematch against Khabib [Nurmagomedov], which is something I want to do this year. If I have a full training camp to prepare [for Khabib], I know things will go a lot different the second time around.”

Speaking about a fight with McGregor, Iaquinta definitely thanks that this is a fight that could happen and believes he has something that the former double champion doesn’t have. The fact that he’s willing to die inside the Octagon.

“I think it is definitely possible. We both have a common opponent in Khabib. I came back and won a fight against Kevin Lee. You know, [Lee] was right up there, a win over me and he was looking at a title shot. So I’m right, I am right there. That win put me up there. I think the Conor fight, I think that is a fight that should be made. Then the winner of that gets a rematch [with Khabib]. I think that [Conor] getting a rematch off the bat is just… I mean money talks, but let’s be serious. Nothing he did that night [at UFC 229] warrants a rematch. So I am hoping that Tony, as long as everything goes well with the Nevada State Athletic Commission, gets that fight [with Khabib] and the rest of the division will work itself out to see who gets the next shot.

“Everyone talks about it being the ‘Money fight’, but to me it’s so much more. It would be such a great fight. I think it would be fun. I would enjoy the lead up to that fight [with McGregor] and seeing how that goes. I think it would be fun. It is something that I always wanted, [Conor] is such a popular. Everybody knows who Conor McGregor is. A couple of years from now I want to be able to say that I fought him and got a win over him. I feel like I’ve fought guys that are tougher than him in the division, but he is the name.

“Conor’s skills are great. His mental warfare leading up to the fight, he is the best at it right now. And then when he goes in there [the octagon] he is dangerous. He is a great bully, he walks across the cage and just gets right after it. You know, but, a little bit further down the line and you can see it on his face. The moment the momentum switches in a Conor McGregor fight. When I visualize the fight, I see him coming across all cocky and coming after me with all the heavy shots and then, you know, he just stops looking like Conor McGregor. Just like Kevin Lee did not look like Kevin Lee later in the fight. Just like Khabib did not look like Khabib. Just like ‘Gamebrad’ did not look like Masvidal. Conor is not going to look like himself in there. You will see that switch in his face when he realises he is in there with a bad mother f***er. And somebody that he is going to have to kill to get out of there. I don’t think Conor is willing to die, he’s got a lot of money and a lot of other things going on. So to put it all on the line in a cage when you have all that stuff.. I look up to him for what he’s done but I’ve got something he doesn’t have, and no money can buy that. I hope I get that fight [with McGregor], because I know what I can do against an opponent like that. I think it would be very similar to the Kevin Lee fight in a lot of ways.”