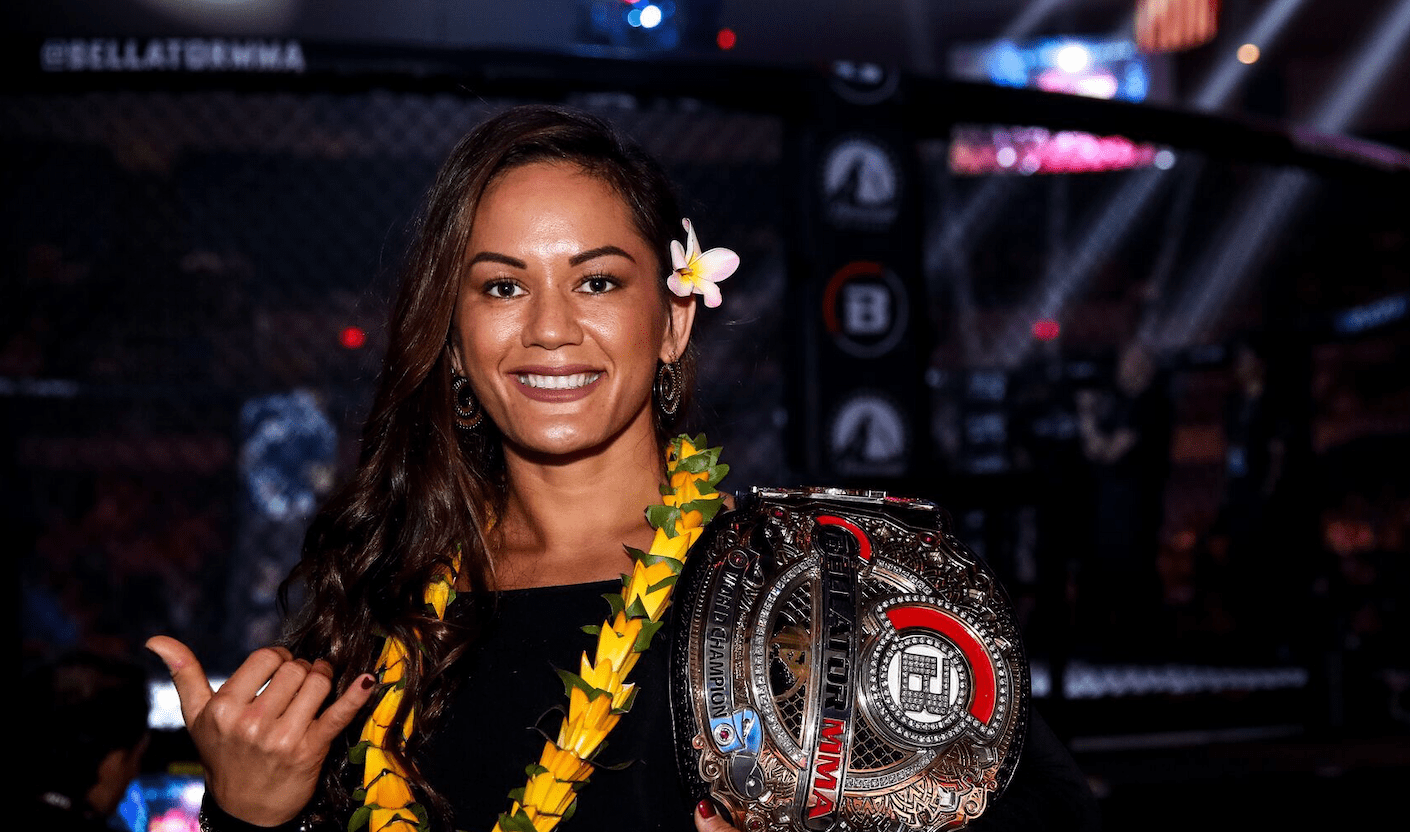 Bellator flyweight champion Ilima-Lei Macfarlane is looking at a couple of different possibilities for her next fight. While there isn’t a laundry list of fighters ready to challenge the champion, there have been rumours regarding Paige VanZant.

Paige VanZant has recently hit the free agent market after her contract expired with the UFC. Some have speculated that she will end up in Bellator, where should may be in line to challenge the undefeated champion, Macfarlane.

Speaking to MMAJunkie, Macfarlane opened up on the possibility of Paige VanZant getting an immediate title shot if she were to join the Bellator promotion.

“I think that she would bring really good publicity to our division, And you know, would I necessarily say that she should get a title shot right off the bat? Of course not. I don’t think so at all. But, like for future matches, yeah, I would totally welcome that.”

Some have speculated that VanZant will end up in Bellator or Bare Knuckle FC. Macfarlane offered her thoughts on the former UFC star’s landing spot.

The draw of VanZant coming to challenge Macfarlane is tempting. For now the champion doesn’t have many options. Although Bellator has recently started back up after the coronavirus pandemic forced the promotion into a six month hiatus, the global travel restrictions continue to be an issue.

“It’s difficult with the travel ban, obviously,” Macfarlane said. “One of the number one contenders, Juliana Velasquez, is in Brazil, and it’s really hard to get her over here because of the travel ban, so a lot of the contenders who are stateside are coming off of losses, so it’s kind of tricky. We’re kind of in limbo as far as a title fight goes.”

“I Have Proposed An Idea”

With the list of challengers dwindling and travel plans being halted at least for the time being, Macfarlane has some thoughts on fighting in the meantime.

“I have proposed an idea,” Macfarlane said. “I’m like, ‘Well, we really don’t know how long this is going to last, so how would you feel about fighting me at bantamweight? That way people, for lack of a better term, [fans] won’t get their panties in a twist that Juliana isn’t fighting for the belt or with the whole title stuff. Why don’t we just fight a bantamweight fight against a stateside girl? I just want to keep active and give me a fight in 2020. We’re working on it.”

Would you like to see Paige VanZant sign with Bellator and challenge Ilima-Lei Macfarlane for the flyweight title?