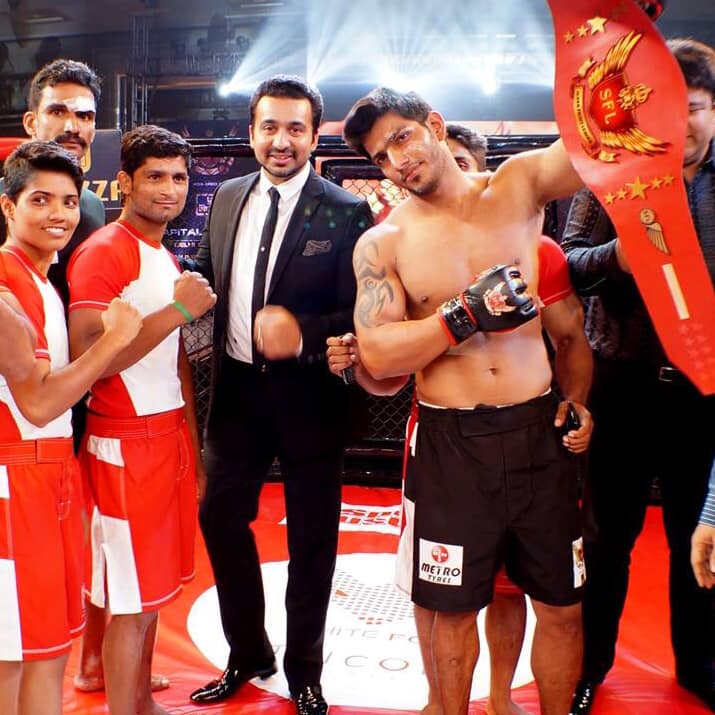 Indian MMA fighter Amitesh Chaubey, along with four other members of the Joginder Panchi Jatan, a Sonepat-based gang were arrested by the Haryana Special Task Force (STF) on Wednesday. According to a report by the Hindustan Times, Amitesh, who previously fought for Super Boxing League (SBL), Super Fight League (SFL) and even ONE Championship, had masterminded the abduction of a 27-year old doctor in Gurugram, India. Chaubey, who is also an aspiring actor, allegedly planned on using the ransom money to make a movie with him being in the lead.

Amitesh Chaubey and the other members of the gang allegedly kidnapped the doctor on March 16th, and demanded Rs. 55 lakh as ransom. The doctor’s father, who later approached the police told them that they had paid the ransom on March 17th, securing his son’s release.

“I received a WhatsApp call from my son’s mobile number on March 16 at 2am demanding ?55 lakh”, the father wrote in the FIR. “The accused asked me to deliver ?55 lakh near Sonepat at 11pm.”

Amitesh Chaubey, along with the other members of the gang was arrested couple of days ago, and it was also revealed that the gang had been involved in other cases.