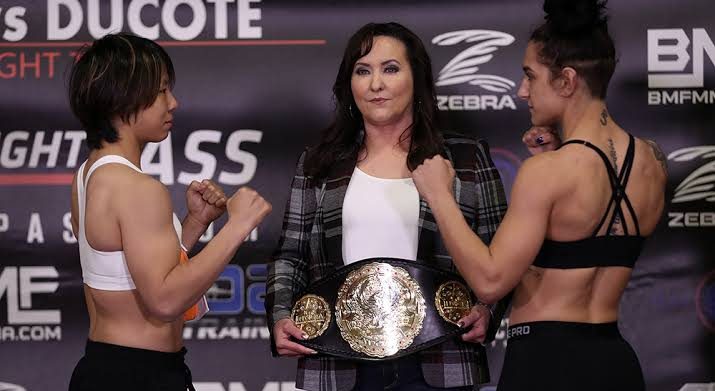 Invicta FC 38 went down earlier today, which saw Kanako Murata winning the vacant strawweight title. The original main event, which was supposed to be between Vanessa Porto and Karina Rodriguez was bumped down to co-main event slot, with Karina coming in heavier for the title fight. The main event saw Murata facing Emily Ducote in a grueling five round fight.

Kanako Murata (12-1 MMA) captured the strawweight belt after winning the fight by split decision. After the fight, she heaped praises on Ducote, saying, “All I can think of is that my opponent was very, very tough, and it was a very tough fight” (h/t MMA Junkie).

The fight between Porto and Rodriguez, which was initially scheduled to be a flyweight title fight and headline Invicta FC 38, was changed to a three round, non title bout. Porto got the upper hand in the first round, but Karina managed to get back into the contest in the second. In the end, Porto picked up a unanimous decision win.

Serena DeJesus also fought on the card, losing to Taneisha Tennant by unanimous decision. Here are the results from the Invicta FC 38 card.