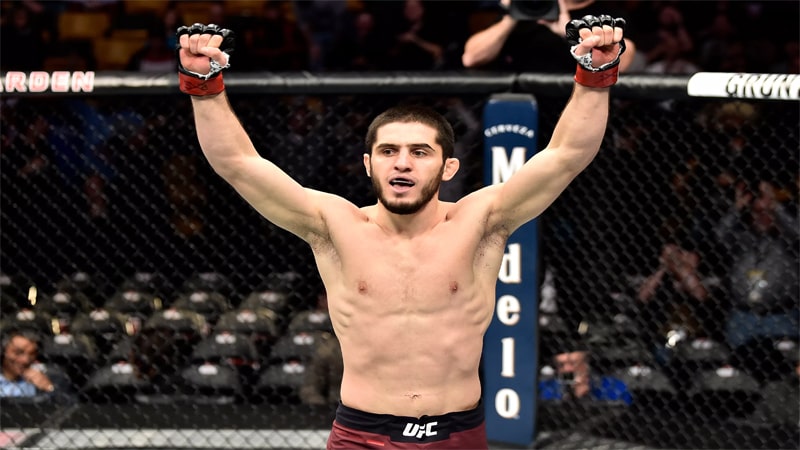 Kevin Lee got back to winning ways at UFC 244, scoring a spectacular headkick knockout of opponent Gregor Gillespie. The first round KO over the formally unbeaten Gillespie, earned the 27 year old an extra $50,000, for a Performance of the Night. (You can see the full results from UFC 244 here)

You know you’ve done something right, when you’re instantly called out after a fight. Which is exactly what happened. Immediately after the win, Islam Makhachev took to social media to call out Lee.

During his post fight media scrum, Lee was told about Makhachev’s tweet, to which ‘The Motown Phenom’ responded by saying it was a fight he wants. Although ideally he’d want it in Russia.

“We’ll talk, we’ll see. I do want that fight, I wanted it in Russia. That’s the bigger fight for me. So if he wants to fight in Moscow, we can fight. I don’t know no dates or when that is, I didn’t look past this one and I didn’t think too far into the future, but yeah sure that’s a fight I’m definitely interested in. And that’s another fight that’s going to remind people again and remind myself again, I don’t give a f*** what no one else thinks, but remind myself that I’m here, and I’m here to stay,”

Although Felder is yet to respond to the tweet, Hooker has responded by saying that Russia is the only place where fans would pay to see Makhachev fight.

Makhachev hit back at Hooker, by saying that the only reason he called him out was because he’s easy money for a top contender.

And just minutes ago, ‘The Hangman’ responded by accusing Makhachev’s manager Ali Abdelaziz, of writing his man’s tweets.

We will update this story with any more tweets between the three lightweight contenders.