Israel Adesanya On The Comparisons Between Him And Conor McGregor 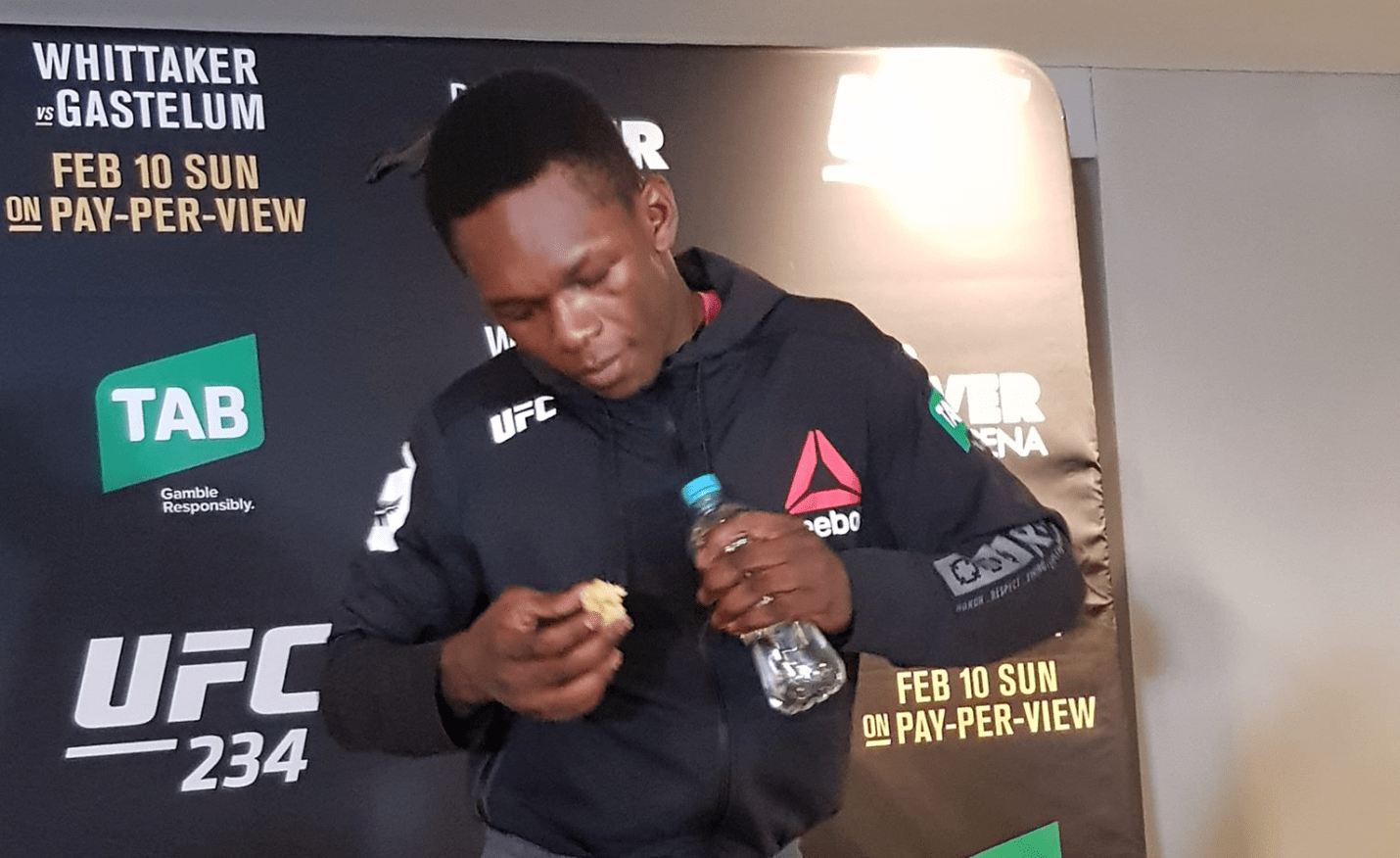 With five wins in the UFC already under his belt and a UFC interim middleweight fight coming up next month, it’s easy to forget that Israel Adesanya has only been in the UFC for thirteen months.

When you look at the way he conducts himself inside and outside the Octagon, it’s easy to see why some fans are comparing the 29 year old to Conor McGregor, when he came on the UFC scene.

While speaking to Luke Thomas recently on The MMA Hour, ‘The Last Stylebender’ spoke of the comparisons.

“A guy like Conor McGregor, one thing I really appreciated when he first got in the game and one thing that really inspired me was his love for fighting. Eventually, I don’t know, it kind of became not just about fighting and more about the money and selling numbers and breaking records and pay-per-view and all that kind of stuff. But, one thing, and I don’t know the guy that well, I can say from what I see lately, from the way he’s posting his training [videos], he’s getting back into that same mindset.

“We’re warriors, we’re gladiators, we’re modern day f***ing badasses. A fighter walks in the room and people are like ‘oooo’ because everyone is trying to be a tough guy. But, we don’t have to do s*** because we are tough guys and everyone knows it. So, I feel like he’s getting back to that mindset of the younger Conor McGregor that loved to fight and f*** everyone up.

“[McGregor] is on his own journey, I’m on my own journey. That’s the beauty of this sport. We’re trying to get to the same place, maybe, but we’re on different paths.

“I just want to f*** everyone up. I’m not a f***ing asshole or a dick or anything, unless they deserve it. I just want to fight and be remembered as the best, who fought everyone and beat them. Then the money, the numbers, the records, they all chase me. So, there’s a little bit of strategy to it but I don’t want to go too deep. I’ll keep that to myself because look, [13 months] and I’ve already headlined a couple shows and I’m already on the way. I wouldn’t say I’m at the top yet. But, I keep rising, and even when I’m at the top, I keep rising. I just want to have these key moments, these key fights and that’s about it.”

Adesnaya will face Kelvin Gastelum in the co-main event at UFC 236, for the UFC interim middleweight title. UFC 236 goes down in Atlanta on April 13th.

McGregor’s six month suspension from NSAC ends next month, for his part in the UFC 229 brawl. It was speculated that the former double champion would face ‘Cowboy’ Cerrone this summer but apparently this isn’t going to happen now, after the UFC wanted to make it a co-main event and McGregor only willing to fight in a main event.