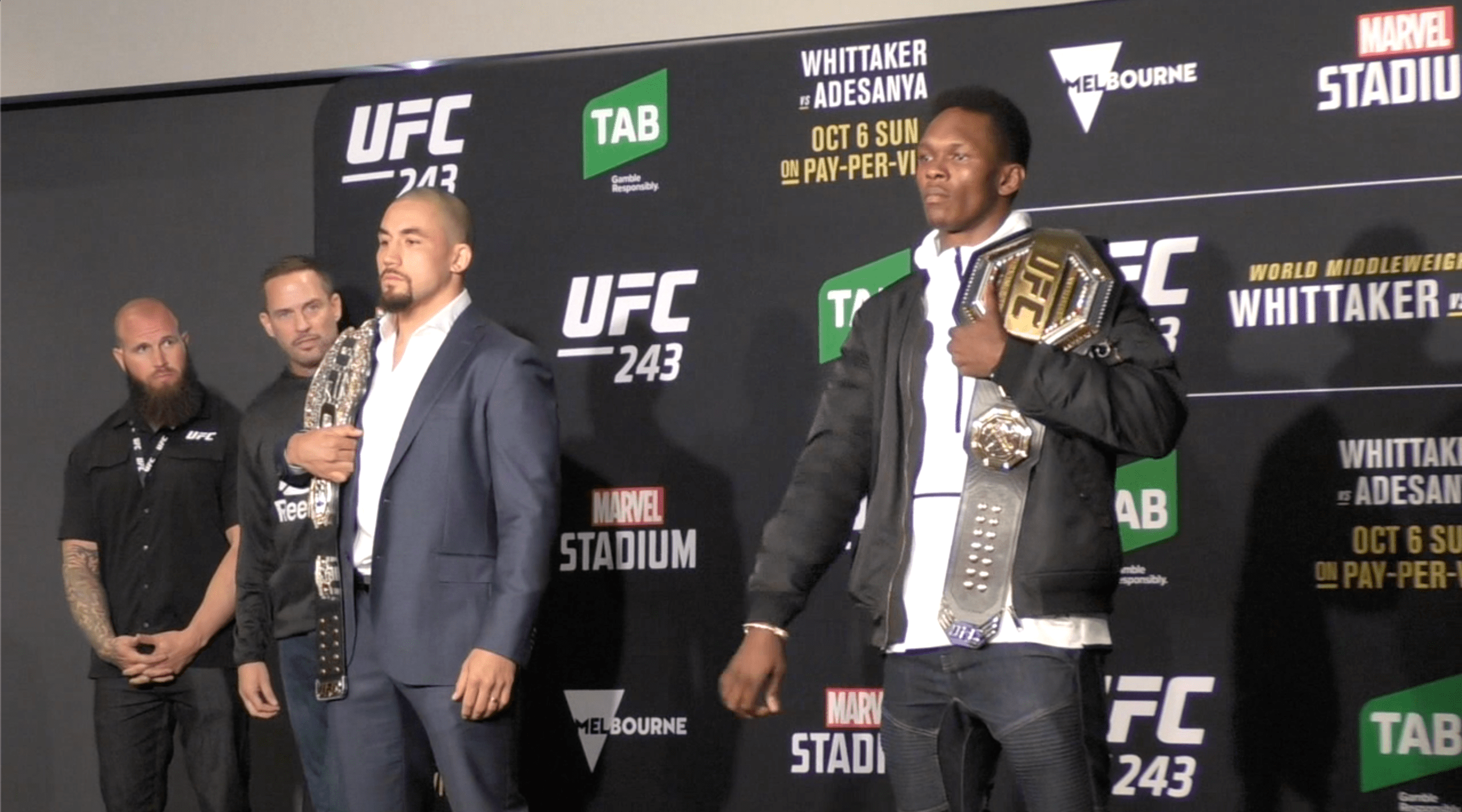 Adesanya used his superior striking and improved takedown defence to cruise to a unanimous decision victory over Vettori. ‘The Italian Dream’s’ best moment came in the opening round when he secured a takedown, but the champion easily made it back to his feet moments later, and largely dominated the fight from then on.

In his post-fight Octagon interview, Adesanya called out Whittaker, who he finished in the second round at UFC 243 to win the title. ‘The Reaper’ has put together a three-fight win streak since, with his most recent victory coming against Kelvin Gastelum at UFC Vegas 24.

While Adesanya was largely praised for his performance against Vettori, Whittaker said he wasn’t overly impressed and told The Daily Telegraph that ‘The Last Stylebender’ isn’t as good as he thinks he is.

“Watching that fight against Vettori, you can see he’s not untouchable,” Whittaker said. “It reinforced the fact that he’s very human. Very touchable. I actually thought his performance was average. Not average in the context of being bad. But he never did anything more than what he had to do.

Except for a couple of tough fights against Vettori in 2018 and Gastelum in 2019, Adesanya has had a largely dominant career at middleweight. Whittaker however, believes his recent performances show he’s not untouchable.

“And I understand why he’s been blown up to seem untouchable, on a different level to everyone else,” Whittaker said. “But I think his loss to Jan, followed by his average performance against Vettori, it just confirms that he isn’t as untouchable as everyone thinks.”

Adesanya has opened as a betting favourite for his expected rematch with Whittaker, and although the former champion understands why, he said he’s a completely different fighter now.

“Obviously, he’s already beaten me once so deserves to start our next fight as favourite,” Whittaker said. “But I’m a much different fighter now. A different person. And I know I have the tools to beat him. So I look forward to seeing what happens later this year.”

Not surprisingly, it didn’t take Adesanya long to take to social media and hit back at Whittaker.

In another tweet, Adesanya said that he may not be God, but he ‘baptized’ Whittaker.

How do you see the rematch between Israel Adesanya and Robert Whittaker playing out?