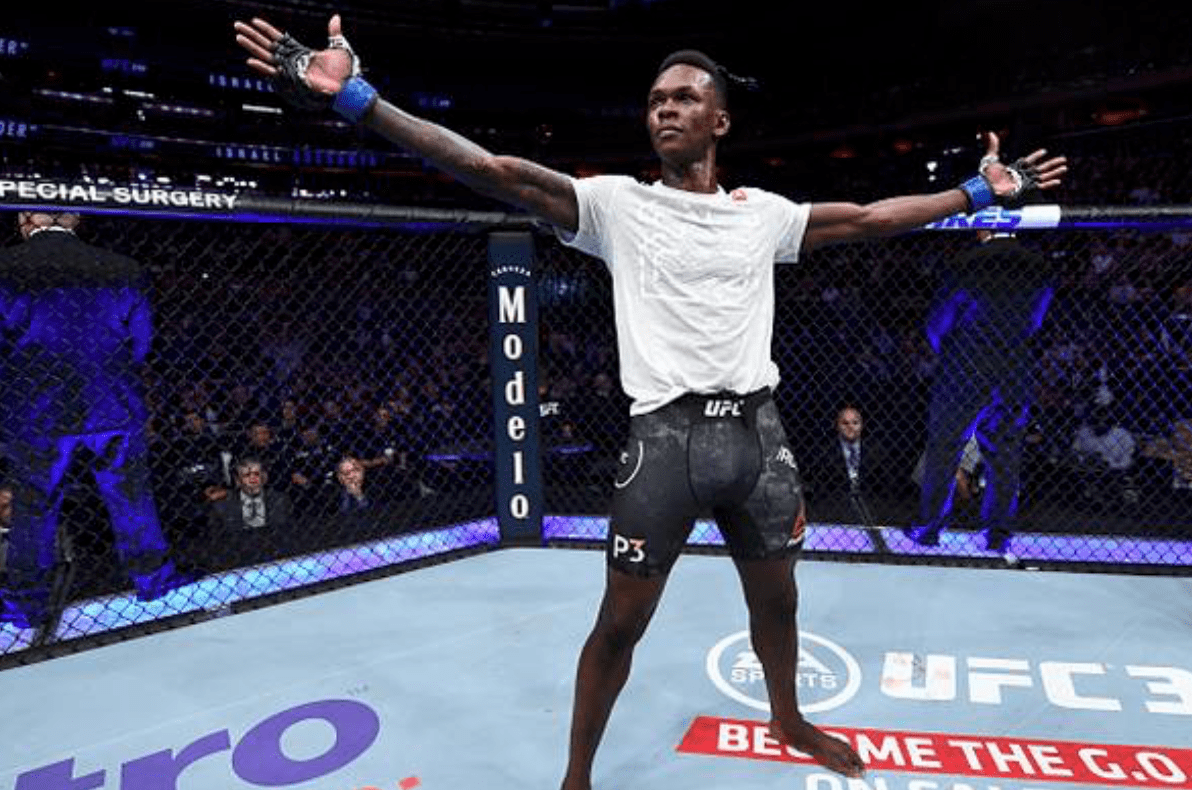 You know a coach is confident of his fighter’s striking abilities, when he claims that Anderson Silva won’t be able to compete with him on the feet. That’s exactly what Israel Adesanya’s coach, Eugene Bareman believes. As he recently said on a Israel Adesanya YouTube vlog (as transcribed by MMA Junkie).

“In a striking fight, the casual fan is definitely not going to agree with me, but that’s why they’re a casual fan. A striking match is not a competition with Israel Adesanya. His pedigree is much higher, and he’s a more high-caliber fighter. But this is an MMA fight, and that makes it more interesting. It makes the playing field more even, and that’s what makes it such an interesting fight.”

‘The Stylebender’ and ‘The Spider’ meet in the co-main event of UFC 234, which goes down in Melbourne on February 10th. Silva is regarding by many fans as being the greatest of all times and has a record of 34-8. Whereas Adesanya is unbeaten with a record of 15-0 and is regarded as a future champion by many.

Who did you think will leave the Octagon with the ‘W’ in Australia?