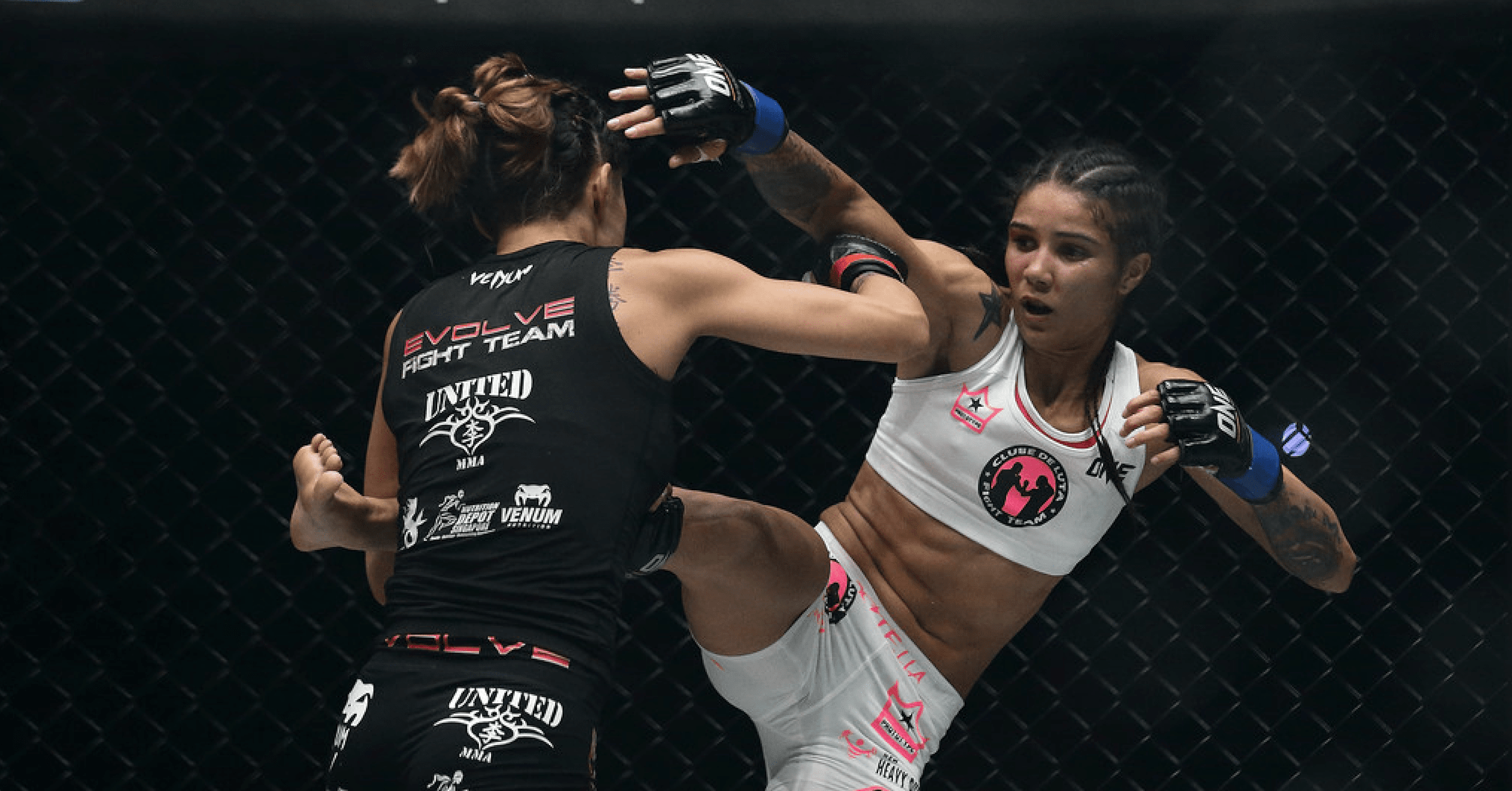 Istela Nunes will no longer be fighting Angela Hill at UFC Mexico. Combate has reported that the Brazilian has been removed from the card due to a failed drug test. Nunes was set to face Hill in her UFC debut, in a strawweight contest in Mexico City on September 21st.

No more details have been released at the time of writing this on. Since last year, the United States Anti-Doping agency (USADA) now only release an official announcement once they have completed their adjudication process.

The 27 year old Nunes competed three times in ONE Championship, before signing with the UFC. A win over Mei Yamaguchi in her ONE debut, set up a title shot with the ONE atomweight champion, Angela Lee. Although she would lose that contest in Singapore via a second round anaconda choke, she did go on to win her last bout in the organisation, against Team Lakay’s Gina Iniong, in July of last year. She now stands at 6-1.

Nunes is the fourth Brazilian fighter in the UFC to test positive in the last two months, following failed drug tests for Melissa Gatto, Bruno Silva and Giacomo Lemos. Nunes also joins several fighters of late who have failed drug tests before or after their UFC debuts. Many of which were on short notice.

The UFC has already found a replacement for Hill. The 32 year old will now face Ariane Carnelossi at UFC Mexico.