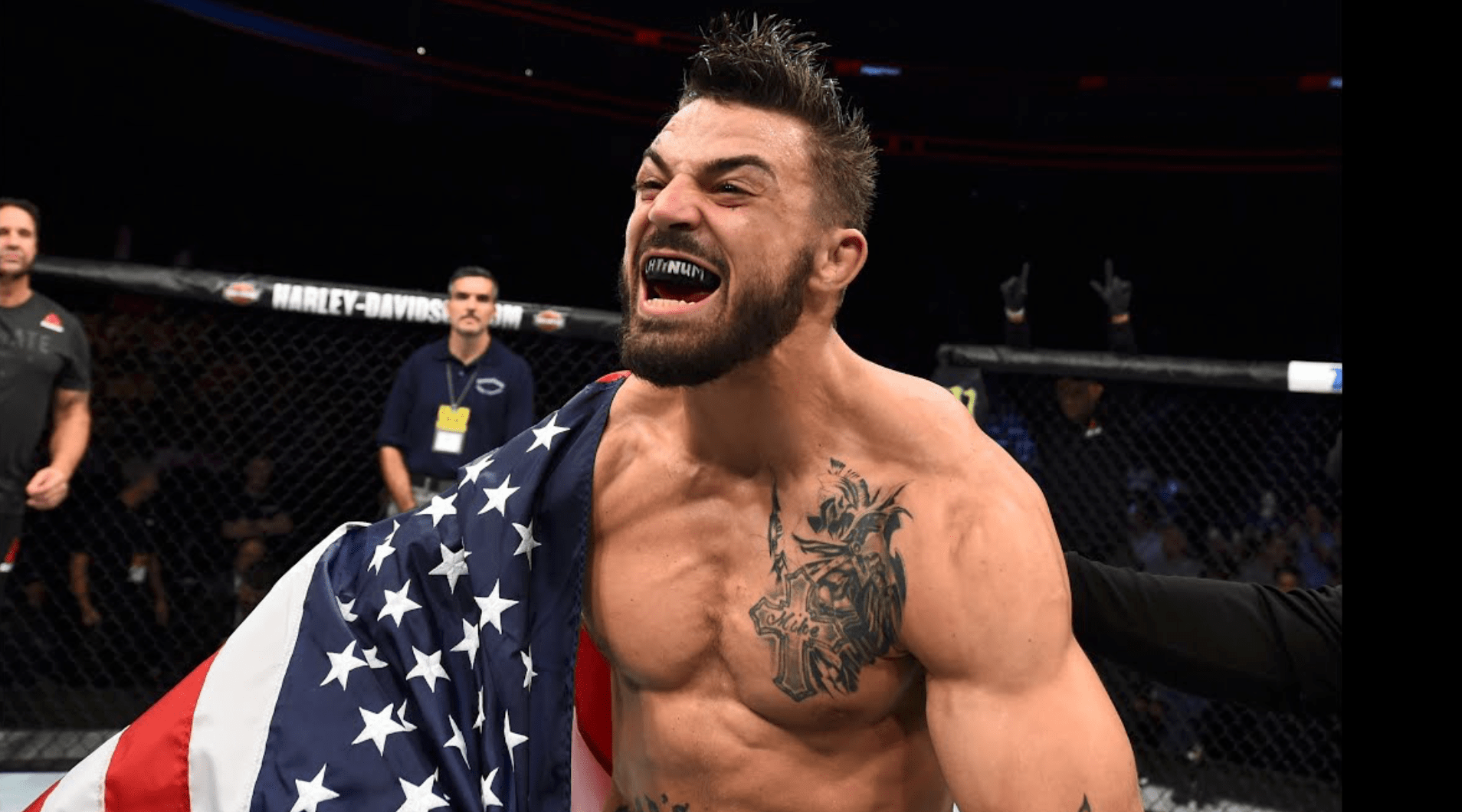 You can always guarantee a great story when Mike Perry is interviewed. But this might just be his craziest story to date.

Speaking to friend of Asian Persuasion MMA, Andrew Whitelaw, over at Fox Sports Asia, Perry told the unbelievable story of how he almost hung himself in the gym and was saved by ‘Jacare’ Souza.

“Me and ‘Jacare’, I love that dude, man. He is literally my hero, bro. I was playing around at the gym, I’m going to drop a story for you here. Alright, so there was this rubber band hanging from the pull-up bar and this rubber band was like for workouts, it was a thick band. And we were about to do filming with the ESPN crew and umm, I don’t know what I was thinking right, but I put my head in this thing and was like I’m going to do a neck workout. And I’m going to work on my ability to take a choke. So I lean forward and it wraps around my neck and I flex myself so that I could hold on.

“And in two seconds, as soon as lean forward, next thing I know Alan, from the UFC, and Jacare Souza are like (there), Alan is like slapping me and pouring water on me, shaking me. But, they say ‘Jacare’, this while he was filming for ESPN, he was hitting a bag and he sees me. And Danielle was right next to me, she thought I’m playing around, so she’s like ‘Mike quit playing’. So within two seconds I pass out and swing and she’s hears a bang and then she looks up and she’s like ‘Mike stop playing’.

“And I hit my face on the metal pull-up bar and I’m passed out. I’m still hanging from this thing. I’m hanging myself at this point. And ‘Jacare’ seen it and he was over there quick and pulls me out of this thing.

“Then they were like waking me up. When I came too I was like ‘Oh man, it was a bad joke. I’m sorry. I didn’t mean to scare everybody.’