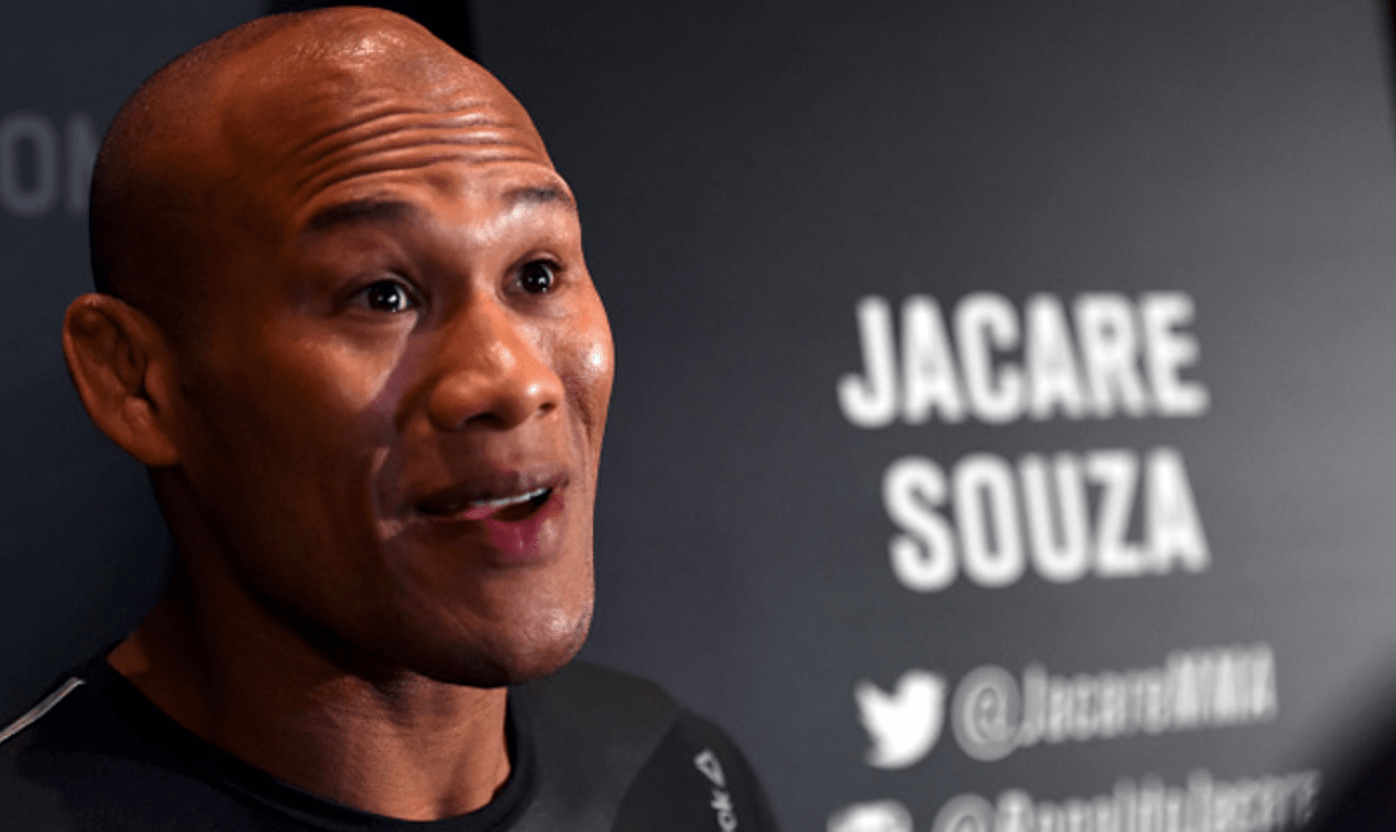 Some may say that ‘Jacare’ Souza is unlucky that he hasn’t fought for the UFC middleweight title already. Others may say that the Brazilian has lost three of his last seven fights. But then you could argue that two of those losses came by way of split decisions to Yoel Romero and Kelvin Gastelum, that so easily could have gone the other way. With the third loss coming to the current champion, Robert Whittaker.

On April 27th, ‘Jacare’ will face Romero again, in the UFC Fort Lauderdale main event. And you would think that the winner would get the next title shot. Once of course, Whittaker has defended his belt to the winner of next month’s interim middleweight title fight between Gastelum and Israel Adesanya.

A fight ‘Jacare’ isn’t overly happy with. In particular, Adesanya jumping the line to get a shot at the belt. As the former BJJ world champion told Ariel on The Ariel Helwani Show (as transcribed by MMA Mania).

”I don’t know why the UFC put him to fight for the title. He hasn’t done enough. Because he never fought against top fighters, you know? Okay, he beat Derek Brunson, but I’m a jiu jitsu fighter and I beat Derek Brunson twice. And the second time, when I kicked the Derek Brunson’s head, my eyes were closed. I did better than him twice, and in the second time my eyes were closed. Why the UFC put this guy to cut my line? I don’t know. But he doesn’t deserve to fight for the title. He don’t deserve, 100 percent. Anderson is out of the rank and out of shape. He doesn’t deserve it.”

‘Jacare’ is so fed up with the situation in the UFC middleweight division, he said he’s willing to retire from the sport if he beats Romero and still doesn’t get a title shot.

The 39 year old said he doesn’t have a problem with waiting for a title shot.

”I can wait for my chance. I don’t have a problem waiting. I’ve been waiting for many years. One more year is not too bad.”

Does a win for ‘Jacare’ over Romero next month, earn him a title shot?