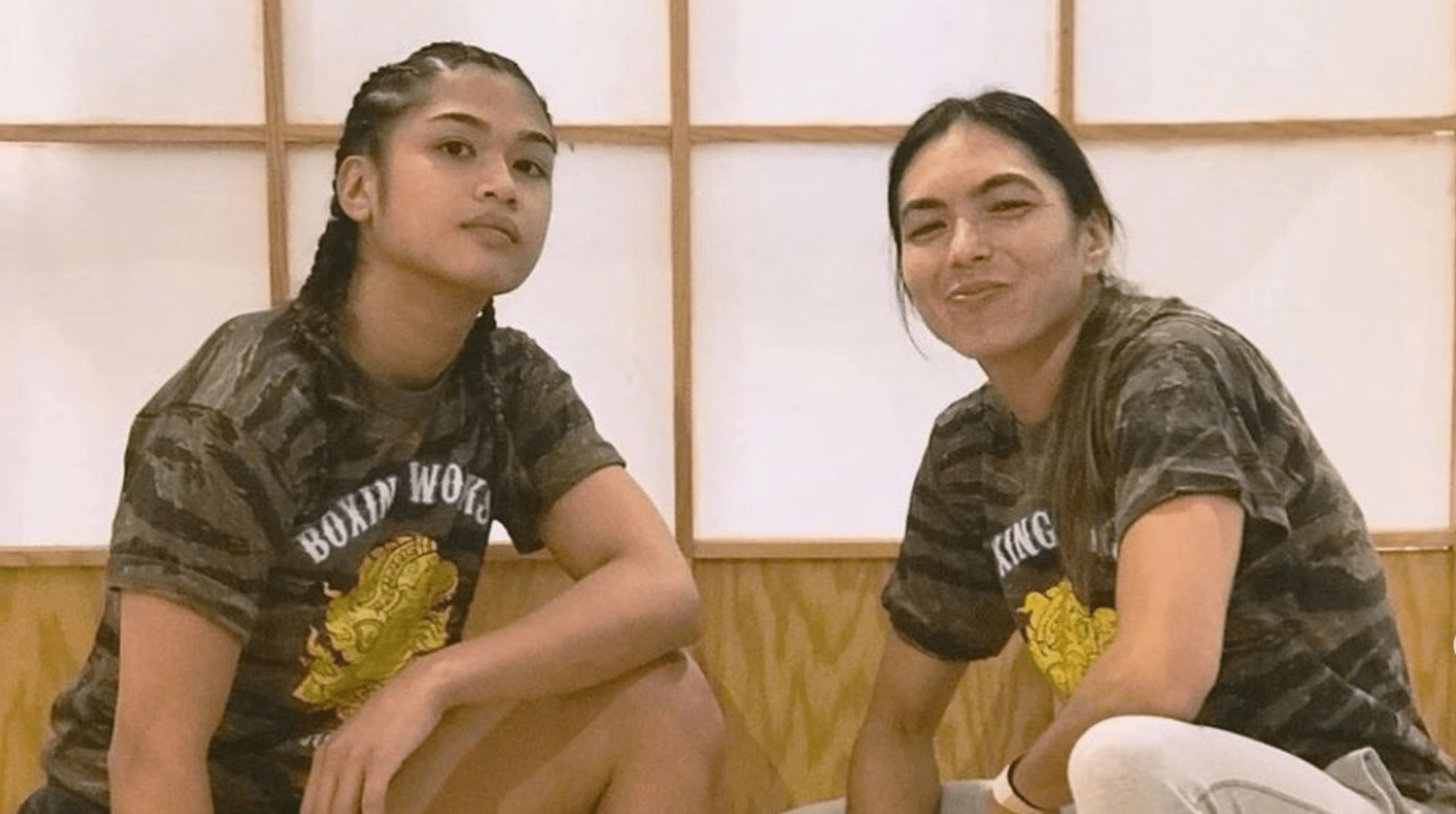 March was a great month for Janet Todd and Jackie Buntan, with both winning their respective fights inside the ONE Circle. ‘JT’ scored a unanimous decision victory over Alma Juniku at ONE: Fists Of Fury 3, two weeks after her Boxing Works teammate impressed in her winning debut against Wondergirl Fairtex at ONE: Fists Of Fury.

Riding on the momentum of her victory, Todd looks to continue her win streak in her quest for the ONE atomweight Muay Thai title, to go along with her ONE atomweight kickboxing title. The 35 year old is scheduled to face Anne Line Hogstad in the ONE on TNT 2 co-main event on April 14th, which will air on US TV prime time.

“It Was Just Muscle Memory”

No one knew what to expect from Buntan at ONE: Fists Of Fury. However, she showed that she had dynamite in her hands when she knocked down Wondergirl, who was coming off of a two-fight knockout streak. In an exclusive interview with Asian Persuasion MMA, the Filipino-American said that she was satisfied with her debut.

“I can’t really complain much about my performance,” said Buntan. “I wasn’t really looking to knock her out. It was just muscle memory of everything we’ve been training and when she fell to the floor, I was in shock myself.”

Buntan also praised Wondergirl for her resilience, who suffered a facial fracture from the brutal knockdown in the first round, yet still fought on for the full three rounds.

“Major kudos to her,” Buntan said. “She’s a strong girl for sure.”

Todd was proud of her teammate’s impressive showing in her first promotional appearance.

“I don’t know if ‘proud’ could even describe how proud and excited I was,” said Todd. “I was definitely yelling from my room when that happened. It’s something that I always knew that Jackie had, so it was really cool for the world to be able to see that.”

Adjusting On The Fly

Todd had a stellar showing herself, winning a convincing unanimous decision against the former ONE Muay Thai title contender Juniku. In her first fight since winning the atomweight kickboxing belt, ‘JT’ returned to Muay Thai rules, where she said that everything went according to plan.

“I was happy with my performance,” Todd said. “It took me [some time] to figure out my distance and my rhythm a little bit. I think she made some adjustments that I had to adjust to in the middle of the fight. So I knew it was gonna be a good, technical fight and that’s what happened.”

With Todd as her sparring partner, Buntan feels that she gets some invaluable inspiration.

“It’s super-inspiring,” said Buntan. “I’ve told her this multiple times too. You know that cheesy quote, ‘You can’t be what you can’t see’ And she’s really paving the way for not only me but the future generation, future females, and opening so many windows in the sport. I’m just extremely lucky to have her along the ride.”

When Todd faces Hogstad at ONE on TNT 2 under Muay Thai rules, she hopes to keep her momentum going in her quest for another title, having won her last five fights.

“It’s just a continuation of my previous camp and continuing to build on what I had before,” Todd said. “I like to keep the momentum going and this was perfect.”

Ahead of their fight, Todd has done her homework on her opponent.

“She’s got a very Muay Thai style,” said Todd. “She’s very good with her kicks, her counter kicks. She has good technique, overall. I saw her fight with Alma, she can punch, knee, clinch… she has a little bit of everything. So I think it will be a good fight. I always like to be able to challenge myself against technical fighters, so it’ll be good.”

Making it even more exciting for Todd is the fact that her fight will be broadcast on American prime time. This means that her family in the United States will be able to watch her compete at a decent hour, rather than before dawn.

“I think my family appreciates it,” Todd said. “It’s on my mom’s birthday so it’s gonna be a good birthday present for her.

“I’m super excited for the American fans to see what ONE Championship’s about. And to get more of a fanbase on the Western hemisphere because it’s not as popular out there. So having that on primetime TV, we’ll be able to showcase the athletes and what the promotion brings. I hope this grows the ONE Championship fanbase over there.”

“The More Fights, The Better”

With her impressive debut in the bag, it seems as though Buntan has already put herself into the title conversation in the ONE strawweight Muay Thai division. And the 23-year-old just wants to compete again as soon as possible.

“The sooner the better,” Buntan said. “Having the momentum going, especially after having a year-and-a-half hiatus. The more fights, the better. I’d like to stay active. Hopefully, in the near future. Whenever they wanna give it (the title shot) to me.”

Since her impressive ONE debut, Buntan has also garnered a new fanbase.

“It’s just all been love and tremendous support from friends back home, family back at home,” said Buntan. “The cool part is people I don’t even know. But they’ve all been super supportive of me. I have a bunch of new fans from all over. Can’t ask for anything else. I think I proved to people that I belong on that stage.”

Todd has expressed her goal of winning the ONE atomweight Muay Thai title. However, the champion Allycia Araujo is currently sidelined by a pregnancy. But ‘JT’ believes that there should be an interim title or Grand Prix in the meantime.

“As women athletes, things are a little bit different,” Todd said. “If they’re not stripping Angela Lee of the title because she’s pregnant, they shouldn’t do it for Allycia either. It’s not fair at all. And plus, you can’t help it when you’re gonna be pregnant.

“I hope maybe there’s an interim belt that I can fight for. And then once Allycia’s ready to get back in, I’ll be able to challenge her for the title. I hope that’s the direction we’re gonna go.”

A new signing in the ONE Super Series atomweight division who has yet to make her promotional debut is Anissa Meksen. Todd has expressed interest in the former Glory kickboxing champion, particularly under kickboxing rules.

“I think that would probably be the next one,” said Todd. “She came from Glory as a kickboxing champion so it would make sense to have a kickboxing fight with her. She’s definitely very strong technically, quick, has a lot of volume. I think it would be a good, challenging fight for me.”

How does Janet Todd fare against Anne Line Hogstad at ONE on TNT 2nd? And what’s next for Jackie Buntan?