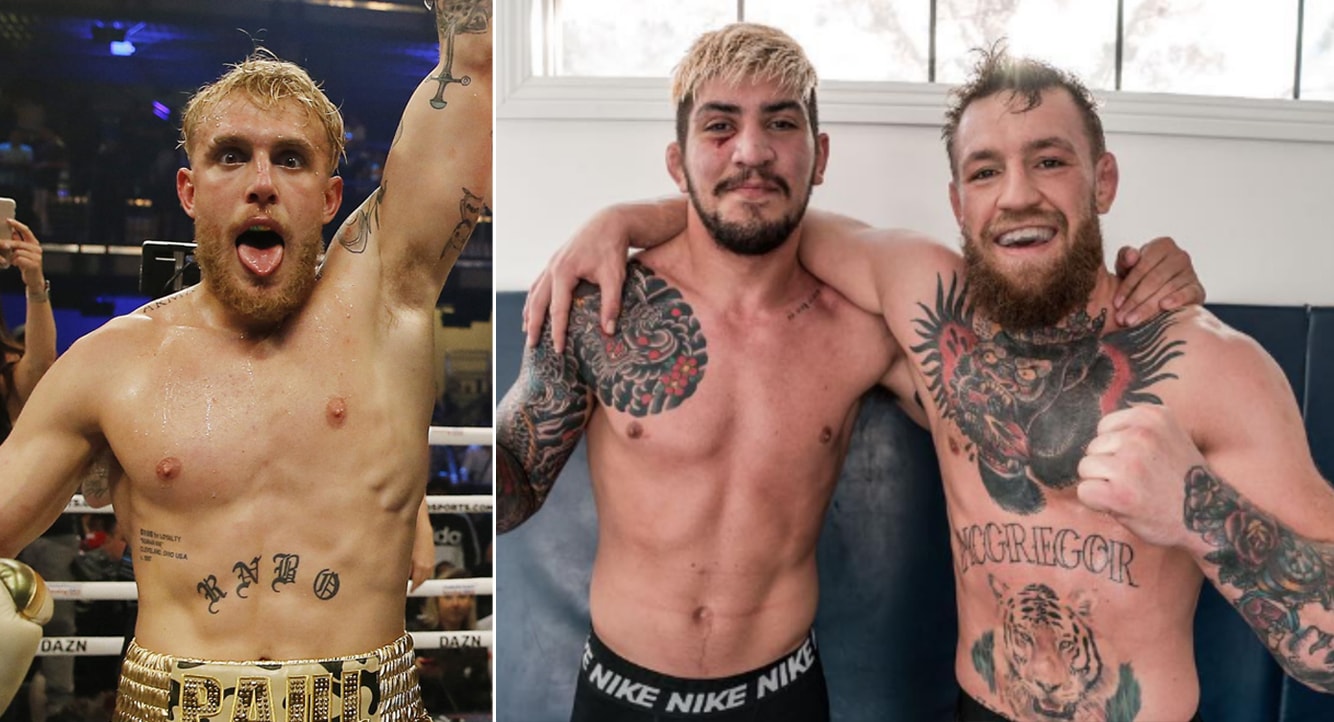 Days after claiming he could beat several top MMA fighters in a boxing ring, YouTuber turned boxer Jake Paul, has called out another big name in combat sports.

Paul beat Loui Al-Fakhri – commonly known as AnEsonGib – via TKO in round one in his professional boxing debut in January, and is set to return to the ring this weekend against NBA star Nate Robinson, in the co-main event on the Mike Tyson vs Roy Jones Jr. card.

Despite being relatively new to the sport, the 23 year old is confident he can compete with and defeat some of the biggest names in MMA. Earlier this week, the YouTuber called out UFC royalty, in Conor McGregor, Jorge Masvidal, and Ben Askren. Now, he has added another big name to his list, Dillon Danis.

Hiss recent callouts might appear ambitious to many, but he says they’re because he’s truly embracing the sport. Speaking during Tyson vs Jones Jr. media day (as transcribed by MMA Fighting), Paul expressed his growing love for boxing.

“I just saw Nate Robinson in the hallway like crossing him up with my air basketball in the hallway. That simple s*** that no one sees, it makes me so happy. I just love it. This sport is amazing. A to Z, everything about it. That’s why I’m doing it. I feel like I found a home with this.”

His fight with Paul will be the first time Nate Robinson steps in a boxing ring, and Ohio native believes his opponent is already feeling the heat.

Ever since McGregor faced Floyd Mayweather in a boxing bout in 2017, several MMA fighters have also expressed a willingness to follow in the Irishman’s path. Paul aims to bring any willing MMA fighters to the boxing world, and prove that he is serious about competing against the best.

“I want to prove to people, ‘Damn, this kid isn’t just beating up Nate Robinson and other YouTubers and such.’ This is one fight that is creating the start of a long journey.”

Dillon Danis – infamous for his part in the UFC 229 post-fight brawl with UFC lightweight champion Khabib Nurmagomedov – has been very critical of Paul on Twitter. The YouTuber wants to begin his hunt with McGregor’s teammate, and then knockout all his teammates, before eventually facing ‘The Notorious’ himself.

“It just makes sense,” Paul insisted. “At the end of the day, this is a business and they’re saying that this fight is breaking all the pay-per-view pre-sale records. I’m the co-main event and Conor McGregor’s bringing those same pay-per-view numbers. There’s no other fighter with this big of a platform that’s calling out Conor McGregor right now. His biggest competitor Khabib retired.

“So a couple fights down the line when my skill level improves exponentially, which it already has since my last fight, I’m going to beat up Dillon Danis, which is from his camp. I want to KO everyone in Conor McGregor’s camp and then it’s time to fight McGregor. But it’s going to happen.”

While he believes beating Danis would be a stepping stone to fighting McGregor, Paul says he will get great pleasure out of beating the former BJJ world champion.

“He has to get his ass beat. No one likes that guy. People don’t like me, but they hate Dillon Danis more. I think everyone wants to see me beat his ass. It makes perfect sense. My end goal is fighting Conor McGregor for sure but I might as well beat up his best friend first.”

McGregor is set to rematch Dustin Poirier at UFC 257 on January 23rd, while Danis is recovering from a knee surgery he had in March. There is no set timeline for his return to the Bellator cage.

How do you think Jake Paul gets on against Dillon Danis, and Conor McGregor inside the boxing ring?