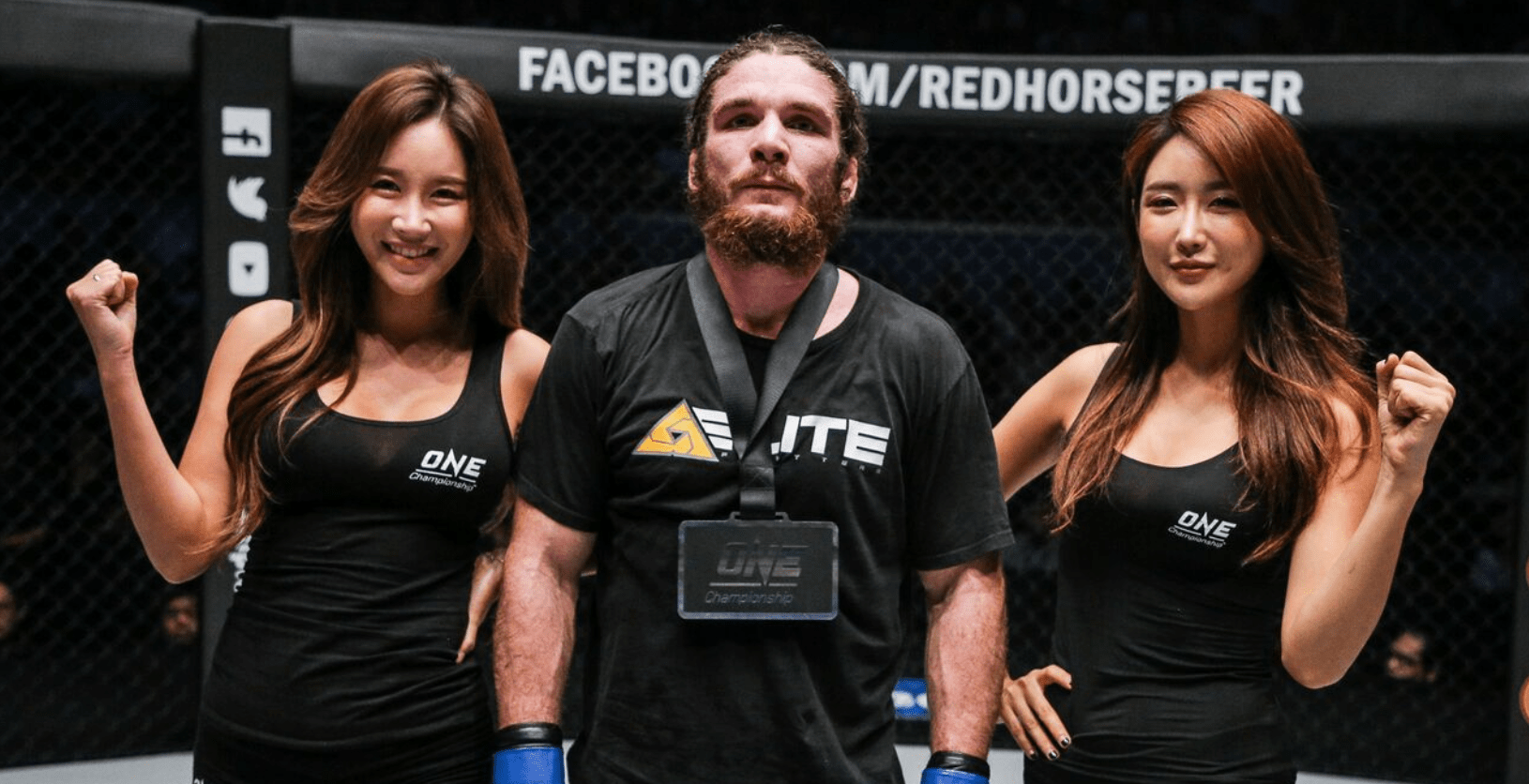 Undefeated ONE Championship welterweight James “Nako” Nakashima is a man on a mission, setting his sights on the ONE Welterweight World Title. And he intends to get past anyone who stands in his way to earn a title shot.

At ONE: DAWN OF HEROES, Nakashima will square off against Japanese legend Yushin Okami at the Mall of Asia Arena in Manila.

The bout is shaping up to be a pivotal moment in Nakashima’s ONE career. A win over an experienced campaigner like Okami would serve as proof that he is ready for a title shot.

Since turning professional in 2015, “Nako” has developed a reputation as an athlete who grinds opponents down through his elite-level grappling and endurance. However, it may be his stand-up skills that will get people talking on August 2nd.

Since joining ONE, Nakashima started training with kickboxing legend and ONE Featherweight Kickboxing World Grand Prix semi-finalist Giorgio “The Doctor” Petrosyan. The pair met last November during the build-up to ONE: CONQUEST OF CHAMPIONS where Giorgio was in Manila supporting his younger brother Armen. After connecting with one another, Giorgio invited Nakashima to train with him in Italy.

Nakashima grabbed the opportunity to train alongside one of the world’s greatest strikers and recently returned to Italy for a second time after defeating Brazil’s Luis Santos at ONE: ROOTS OF HONOR.

“It was even better [the second time]. I’m just continuing to apply the techniques and strategies and styles that Petrosyan has put inside me. Petrosyan and I got even closer and we had some individual workouts which were pretty special,” Nakashima explained.

“He is critiquing all my sparring rounds while I am in the States, we are pretty close now.

Nakashima is focused on becoming a well-rounded athlete, capable of competing on and off his feet. He has tested himself by refusing to look for early takedowns.

“I feel like if I really wanted to wrestle Santos, I could have wrestled him but that’s not how I compete, I am still developing. I had only had ten bouts going into that matchup. Since I turned professional, I’ve always forced myself to stand up. I want to be a complete mixed martial artist,” he said.

Nakashima respects Okami’s abilities, but he believes his skills are better than the Japanese veteran’s.

“With Yushin, wherever the bout goes I will be comfortable. I am definitely going to continue to mix it up though. He is much more of a wrestler, his upper body clinch I think he likes that, body locks and stuff like that,” Nakashima noted.

A former LFA champion, Nakashima knows what it takes to compete at the highest level of mixed martial arts. He is also aware that becoming a ONE World Champion does not happen overnight.

“I love ONE, like I said I want to compete for the belt, but at this point, I am happy with my life, my life is good, just enjoying every day. I know where I am going with my training and everything. I am in it for the long haul with them, “Nakashima explained.

“I am just going to keep grinding and chipping away until they give it to me, I will get it.“

This week, Nakashima will be looking to chip away at one more obstacle between him and a title bout.