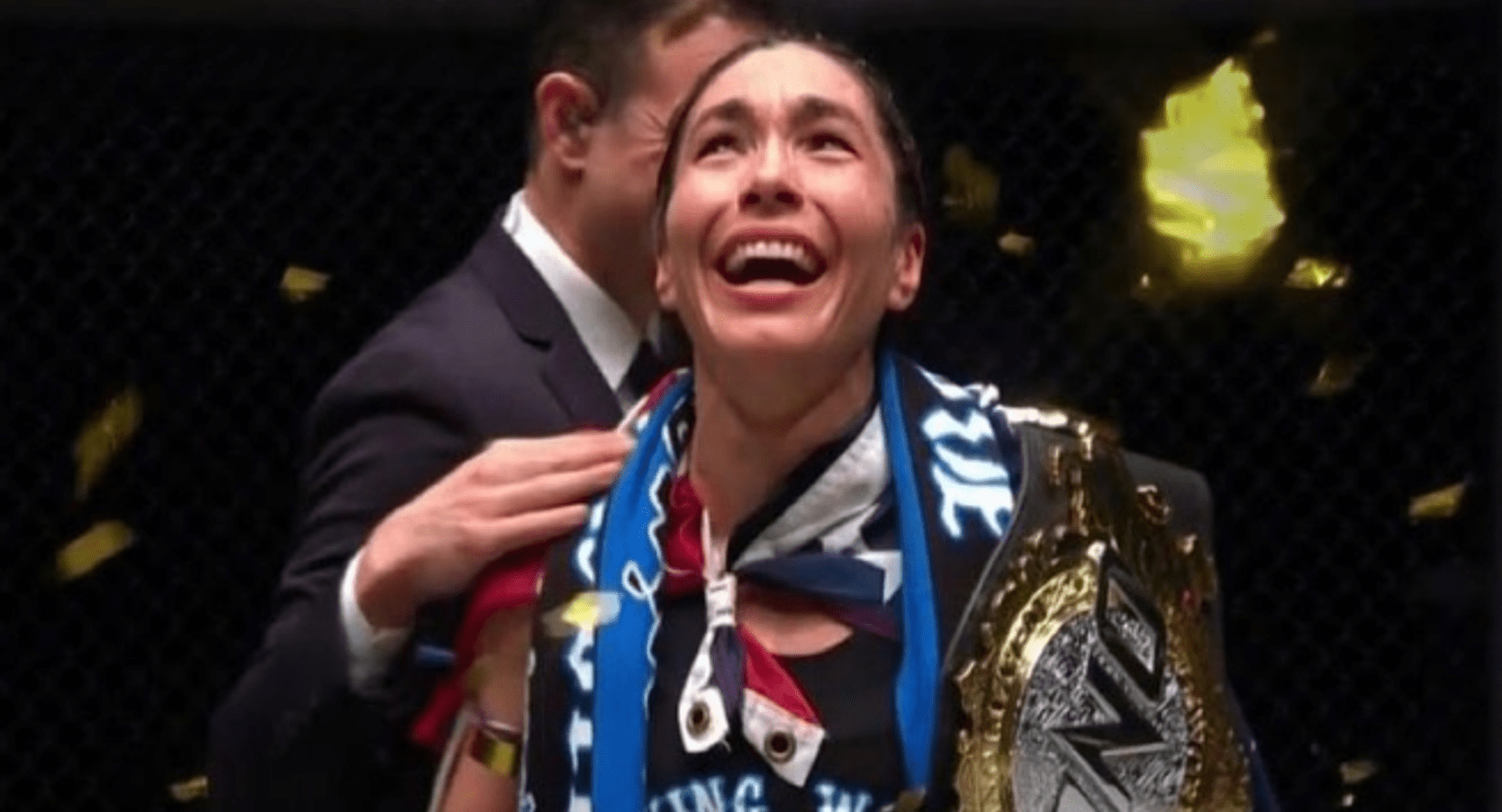 Riding a four-fight winning streak, Janet Todd looks to maintain her momentum against Alma Juniku in the ONE: Fists Of Fury 3 co-main event. In her last outing at ONE: King Of The Jungle just over a year ago, she won the ONE atomweight kickboxing title by beating Stamp Fairtex. In her first fight of 2021, she will be competing under Muay Thai rules.

“Fortunate To Be Part Of ONE Championship”

Todd is thankful for the opportunity to compete amid the uncertainty that comes with the coronavirus pandemic. In an exclusive interview with Asian Persuasion MMA, ‘JT’ said that she was glad to be competing in ONE Championship.

“I feel really fortunate to be part of ONE Championship in the way that they look out for us, even through the pandemic,” said Todd. “And to be able to fight through this pandemic is an amazing opportunity. I’ve been waiting for this.”

Unlike most fighters, Todd seems to be enjoying herself in mandatory quarantine. She also had the benefit of a mostly empty flight from the United States to Singapore.

“The flight was pretty empty, which was nice,” Todd said. “I got a whole row to myself, so I got to spread out and sleep on our seventeen-hour flight. And they’re taking really good precautions with us.

“Obviously, we’re self-isolated in our room, which doesn’t sound as much fun. But it gives me time to really ground myself and get to enjoy the Singapore skyline and get myself focused and rest, which is what you need before a fight.”

“A Year Of Growth And Development”

Todd enjoyed a great start to 2020, claiming the kickboxing strap. However, it would be her only fight of the year as the global pandemic kicked into action. Still, the Boxing Works representative believes the absence of fights allowed for her to make some improvements.

“I like to think of it as my year of development,” said Todd. “Usually, I have one fight after another. But since I didn’t have that opportunity last year, we really worked on adding new things to my toolset. So I’d say it was a year of growth and development. This year, it’s time to lay it out and see how I do.”

Like with many athletes, 2020 was a year of reflection for Todd.

“It really made me reflect on myself a lot,” Todd said. “We weren’t able to see friends so there’s a lot of times with yourself and your family. And it just made me feel really thankful for what I have. I know sometimes it’s hard to see that when you’re going through a pandemic. But I have my health, I have my family. I have Muay Thai and kickboxing, which continually inspires me to become even better. So it just makes me thankful for what I have.

“You have to remind yourself of that. Because sometimes you’re going through that pandemic and you feel like things are taken away from you, you’re like, ‘Aw man, what do I have?’ But I have a lot and I need to be thankful for that.”

Despite being the kickboxing champion, Todd’s upcoming fight will be a non-title fight under Muay Thai rules. The 35-year-old explains that the Art of Eight Limbs will always be her first love and she hopes to become a two-sport world champion.

“I don’t know people know this but I actually started in Muay Thai first,” Todd said. “So Muay Thai has always been near and dear to my heart. I fought for the Muay Thai world title the first time I fought for ONE. So it’s something that I’ve always dreamed of having as well as the kickboxing belt. I’ll do both. I want to be a champion in both, just like Stamp was.”

Todd’s opponent, like herself, is a former ONE Muay Thai world title challenger. However, Juniku has been unsuccessful in picking up a win in ONE Super Series competition, going 0-2. ‘JT’ believes that the talented Australian 20 year old has potential though.

“I’m actually really excited to be fighting Alma,” said Todd. “Obviously, I noticed her since she joined our weight class and she’s a very talented and technical person. So I think it’s a great challenge for me to go up against her. We’re really looking forward to it.

“I think we’re both very motivated after not fighting for a year. She has good technique and she’s got a strong right hand and right kick. She’s got a good Muay Thai style. It’s gonna be fun to play with.”

Fighting in a closed-door event isn’t something new for Todd, as she won her kickboxing world title at ONE: King of the Jungle in an empty Singapore Indoor Stadium. As a result, the empty arena won’t factor into her performance come fight night.

“Having a closed stadium or not having that many people in the stadium isn’t something new for me,” said Todd. “I’ve fought in amateur shows where I’m like one of the last fights and there were barely any people in the audience.

Right now, Todd feels like the ONE Super Series atomweight division has never been more competitive.

“It is stacked,” Todd said. “It’s great to be part of such a good weight class to be challenged that way. I think we got a lot of good athletes in our weight class.”

Todd’s Boxing Works teammate Jackie Buntan made her debut at ONE: Fists Of Fury, where she snatched a convincing unanimous decision victory over Wondergirl Fairtex. And ‘JT’ could not have been more proud of her close friend.

“I’m just glad the world got to see Jackie Buntan,” said Todd. “She’s always been my training partner and always pushed me to better. She’s got a slick style that is hard to mimic and it was awesome to be able to be part of her journey and be part of this experience with her. To see her grow and become a ONE Championship athlete and make her debut. It was really excite.”

Acknowledging the threat her opponent poses, Todd is going to bring everything she has to the ONE Circle, and promises an action-packed fight for the fans.

“I know it’s gonna be fireworks, that’s for sure,” Todd said. “Alma’s a tough girl so I know I’m gonna have to bring it and I know she’s going to too. It’ll be an exciting bout.”

Looking at the year ahead, Todd aims to acquire the ONE atomweight Muay Thai title, which she previously challenged for in 2019, and reign supreme over both the kickboxing and Muay Thai atomweight divisions.

“I got my eye on that Muay Thai belt, so that would be a perfect way to close [the year],” said Todd.

Who emerges victorious when Janet Todd faces Alma Juniku at ONE: Fists Of Fury 3?