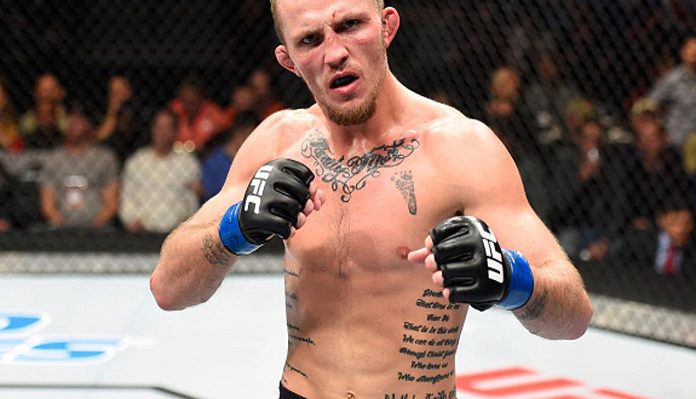 Featherweight competitor Jason Knight has been let go by the UFC, the fighter has confirmed via social media. Knight amassed an impressive 16-1 win-loss record before being signed by the UFC, and after initially losing to Tatsuya Kawajiri in his first fight, Jason bounced back, winning his next four fights.

Knight picked up impressive victories over the likes of Alex Caceres and Dan Hooker, but then suffered a four-fight skid. His last loss came at UFC 230, where Jason lost to Jordan Rinaldi by unanimous decision.

Knight then revealed that he got his release via email, with UFC matchmaker Sean Shelby telling him to pick up a few more wins, and the promotion would come back to him.

Speaking to BJPenn.com, Knight said, “They cut me after that last loss.”

“About two weeks after the last loss they sent me an e-mail and went ahead and relinquished my contract. Sean Shelby said just win a couple of fights and we will be back in there. We are looking at Bellator, ONE [Championship] or something like that. Here in the next month or so once I know my gym is doing good I will get back to the grind and try to get Bellator, ONE Championship and get a new contract.”