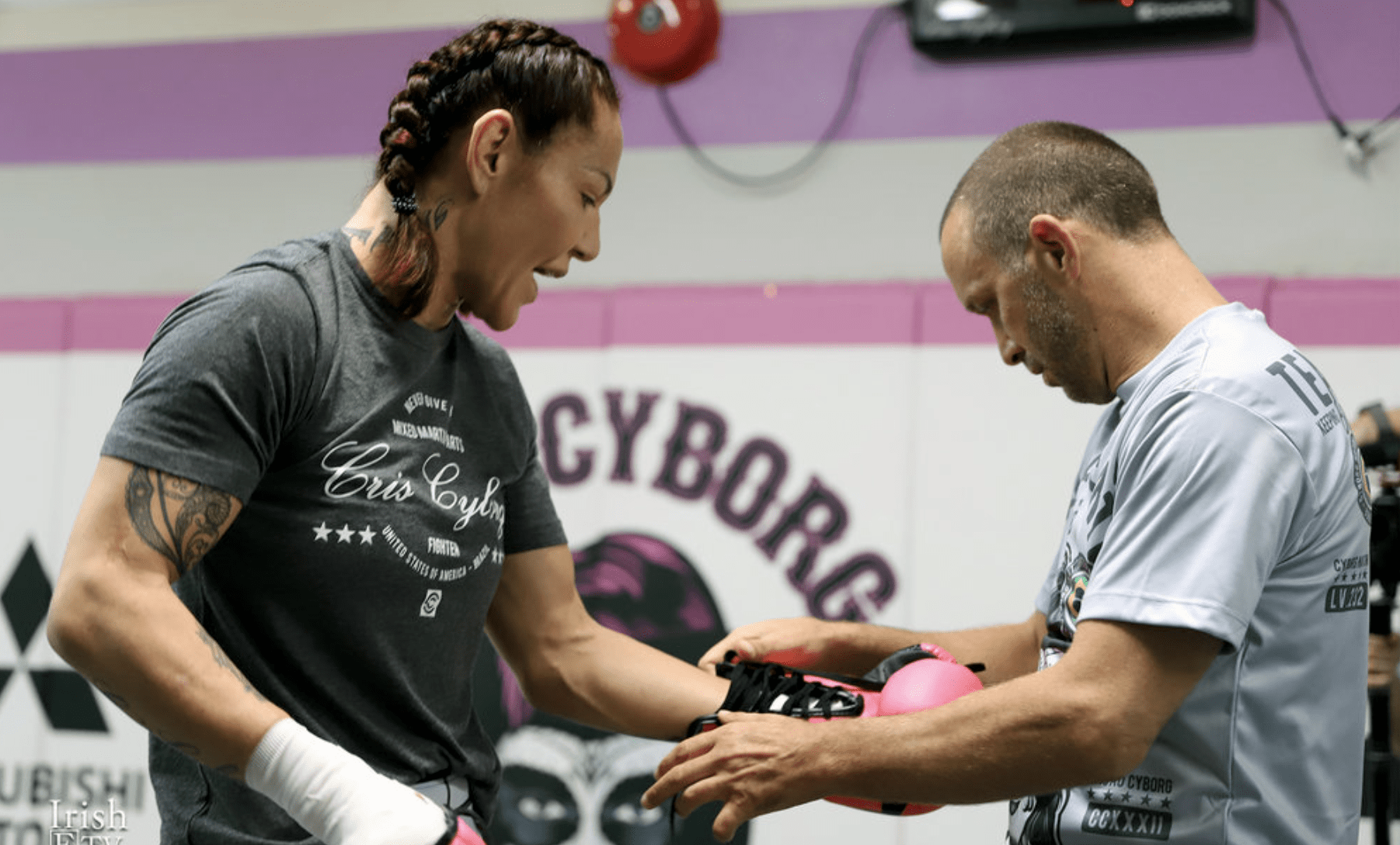 Just over a week on from Cris Cyborg’s loss to Amanda Nunes at UFC 232, her coach Jason Parillo looks back on what went wrong.

Talking to MMA Junkie, Parillo looked back on the 51 seconds that saw Cyborg loss for the first time since her professional MMA debut, in 2005. A loss that cost her, her UFC featherweight title.

“I saw Cris go out there and beat herself. I’ve said it in many interviews before, and it was always my biggest concern, which is her just going for broke, losing the plot and swinging wild. Just going back to old school Cyborg.

“Because I told her that the higher we climb the ladder, we’re not going to be able to get away with this style. We need to think a little bit more and stay behind the jab.

“I know Cris. I know my fighter and saw the way she reacted to that leg kick when it hit her. Instead of moving out and staying behind her jab, she went for broke off the get-go and got caught doing it.

“It was very much ‘oh no you didn’t,’ and she just started swinging for the fences. Cris went straight disrespect mode, like she can walk down anybody, but she was in there with a skillful fighter who has a really good punch.

“That’s how maybe Cris was going to get beaten, against someone who has the fortitude to be able to sit in there with that aggressive style. You have to respect Amanda for that.

“Not losing for 13 years, being as dominant as she has, that all adds to the pressure. She’s still one of the greatest fighters out there, and her career is not over, but this is a loss, and we lose in this game. It’s about how you handle it.

“Cris and I have talked and texted every day since the fight and, because she has been dominating all these years, this is a new feeling for her, but she still has that fire in her heart. This is essentially a brand new feeling for her, so everything I say has to be sensitive to that. But harsh truths are also what’s going to make you better, sharper and smarter. This is an experience she has to get through, to prove who she is, and I know she will.

“I’ve thought a lot about what happened over the camp, how our mentality has changed a little bit because our mental game has been going strong for a long time now. I’ve been thinking about what I could have changed to keep her more focused and her mind where it needed to be. This is my livelihood so, when you lose, you’ve got to think about this stuff.

“Cris likes to do a lot of different things and train at a lot of different places, and sometimes I might think there are too many chefs in the kitchen. I’m not saying that’s what it is but, when you’re on top, everybody wants to be a part of you.

“You start letting other fighters, sparring partners, managers, and coaches talk to you, everybody and their mother. But you’re better at fighting than everyone that’s talking to you, yet you’re listening to them.

“But that’s always what happens when you’re on top, particularly if you’re kind to everyone around you, and you’re letting them all in the door. Is that what’s to blame for the loss? I don’t know, but we’re making that the past, and we’re going to focus on the future.

“The positive thing I’m taking out of this fight is that people are going to finally get to see Cris Cyborg’s personality. When they’re always winning, you don’t always get to see that personality, you just take them for being winners or one of the baddest people on the planet.

“I don’t think the fans or people in the industry would ever get to see who Cris Cyborg is without her first losing a fight like this. If you saw the way Cris embraced Amanda, how humble she was about her loss, that’s Cris Cyborg.”

“I’m hoping it opens up the division and creates more opponents. You’ve got to remember that Cat Zingano beat Amanda, and Megan Anderson just beat Zingano. So, now there’s a little mix going on at 145 pounds, and that’s the way we’ve got to look at it.

“We’re not going to leave the UFC. We’re going to stay there, plug away and get back the title that Cris had. She has the time and ability to do it.

“I get earfuls here and there about the politics side, but that’s something I’ve always been pretty good at staying away from. I’ve just got to do my job. Are they going to give her an immediate rematch? I don’t think so, but that’s OK.

“If we could get a fight between now and March, that would be wonderful, but I don’t know if that’s going to happen. The negotiations are obviously the manager’s job, and I just want the best for Cris.”