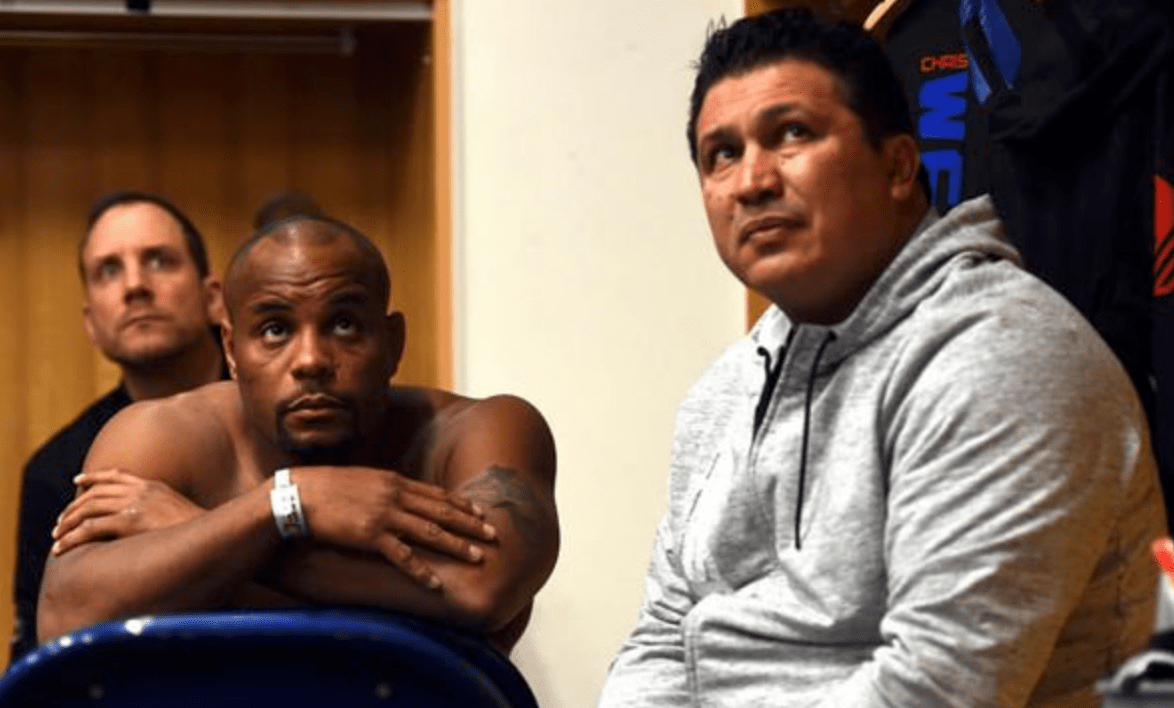 In an interview with MMA Fighting, Coach Javier Mendez said that he would like to see Daniel Cormier fight Brock Lesnar and then retire. But also that he wouldn’t be surprised if we get to see him fight two or three more times.

UFC boss Dana White has openly said that he believes that Cormier should fight two or three more times before he hangs up his gloves and Mendez believes that Dana may have a say in the matter. “If Dana had his way, there’d be three left. And you know what, Dana has a pretty good way of persuading people. I like Dana, so I don’t know, we may see two or three [more fights]. I don’t know, I think so. I think Dana has a way of making things good for DC and making it right, so yeah, possibly. I wouldn’t be surprised.”

Mendez went on to say. “For me, I love DC so much, that if DC says tomorrow, ‘Jav, I’m done,’ then I’m going to encourage him to be done. But if he says, ‘Jav, I want to fight again,’ then I’m going to be onboard with him. I’m with whatever DC wants. I love that guy so much, he’s such a great team captain and a great individual and a great friend. He’s not endangering his health, so for me, whatever he wants, I’m going to be onboard. So if he tells me tomorrow, ‘I’m done,’ then I’ll tell you he’s done, but if he says, ‘I’m going to fight 10 more fights, Jav,’ let’s fight 10 more fights. This is DC’s train. I’m onboard, and I’m glad to be onboard, and I’ll ride it until he doesn’t want to be onboard.”

A Trilogy Fight With Jon Jones At Light Heavyweight

The AKA head coach also discussed whether he’d like to see Cormier move back down to 205lbs and a third encounter with Jon Jones, who called him out after his win over Alexander Gustafsson at UFC 232.

“But really, like I said, for me, I only want him to fight Brock, one fight, call it quits. He’s such an incredible coach, he’s an incredible analyst. Man, that guy is just made for TV. So, to me, he doesn’t need fighting. He doesn’t need it. So for me, I’m with whatever he wants to do, but if I had a choice I would say fight Brock and then call it quits. Don’t fight anybody else. You don’t need to, you don’t need to. Move on, do some other great things, be involved with your son, watch him grow, watch him mature, watch him do their things like you always wanted to do. That’s what I would do. But DC’s the boss, so he calls the shots.”

Cormier for a long time now has said that he wants to retire by the time he turns 40, which he will do so this March. Since beating Derrick Lewis in his last fight at UFC 230, DC has been adamant that he will fight just one more time. Preferably against Brock Lesnar but if not Brock, then a rematch with Stipe Miocic instead. However, with Jones back on the scene and winning back his light heavyweight title at UFC 232 last weekend, more talk has followed about a third match up between Jones and Cormier.

Cormier himself has even hinted in the last few days that we may see him fight two or three more times. Fights with Jones and Lesnar would be huge. The question would be in which order and and which weight would he fight Jones. And if he fights three more times or if Lesnar is out of the question, is Miocic the man.

Who do you think DC should fight next? Head over to our Weekly Poll to let us know!