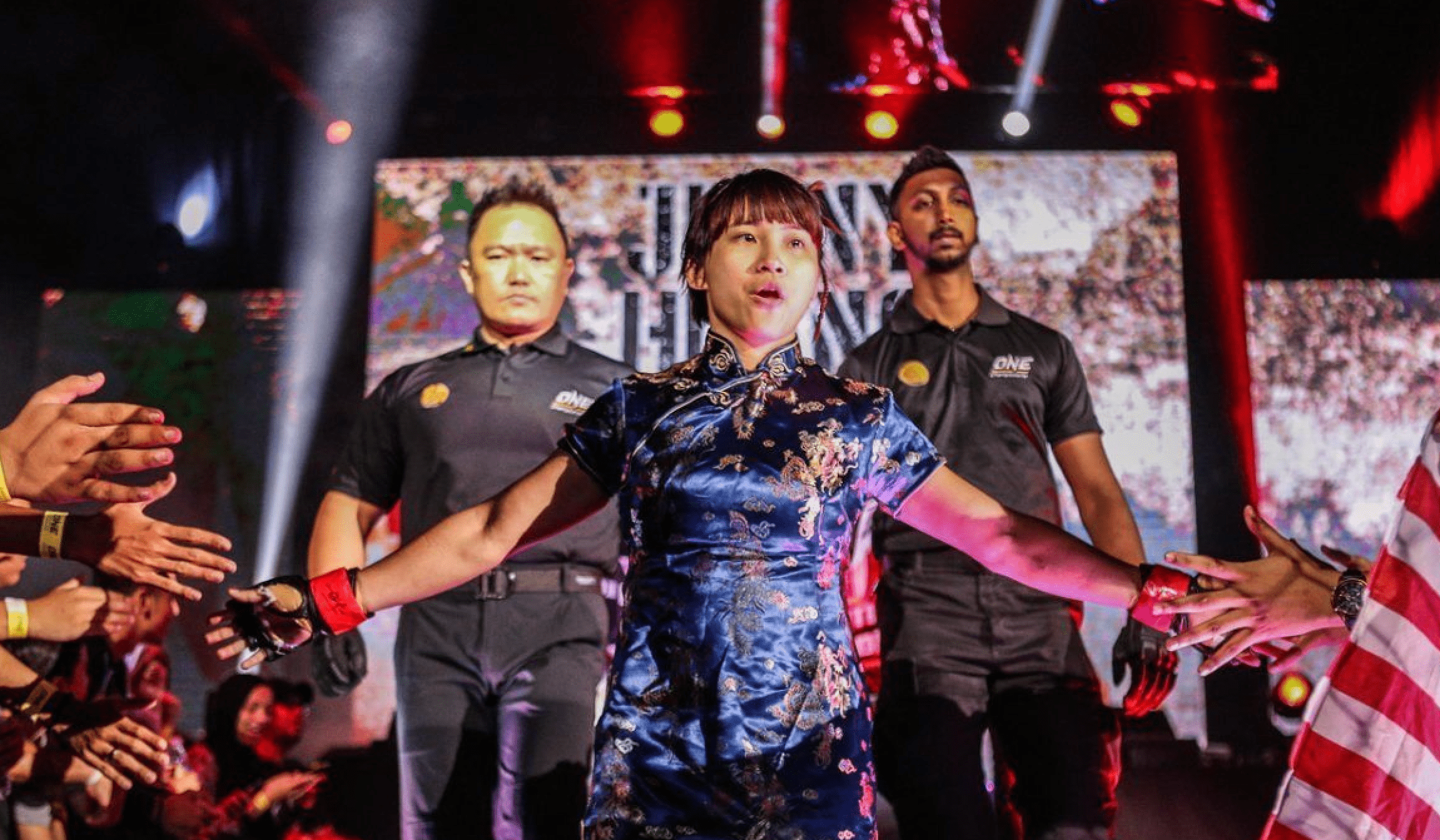 Former ONE World Title challenger Jenny “Lady Gogo” Huang plans to unveil new skills in her rematch with Japan’s Mei “V.V” Yamaguchi on October 13th. The pair lock horns at ONE: CENTURY, live from the Ryogoku Kokugikan in Yamaguchi’s hometown of Tokyo, Japan.

Huang has been on a skid since she failed to snatch the ONE Women’s Atomweight World Title from Angela Lee in March 2017 at ONE: WARRIOR KINGDOM. After that setback, Huang fell to Jihin Radzuan, Gina Iniong, and Yamaguchi — all in succession. In hopes of getting back on track, “Lady Gogo” overhauled her skills for her next bout.

Huang has been putting in the hours at Fairtex Training Center in Pattaya, Thailand, acquiring new skills and taking them to the next level. She is quickly becoming a well-rounded athlete and is improving as each day passes by.

“I am working to improve my technique including striking, gripping, everything. Every day becomes better and better.”

More than returning to the winner’s circle, “Lady Gogo” also wants to become a source of inspiration to women.

Huang’s parents have not always been supportive of her career choice as a mixed martial artist, and her affinity for martial arts made it difficult for her to follow their wishes. It wasn’t until she earned a world title shot that she had her parents’ support.

Since her debut, she has won four straight matches that earned her the right to challenge Lee for the golden strap. Even though she got knocked out in the third round, her achievements won the respect of her mother and father.

“I always wish when people watch my fights they know my story too,” Huang said.

“My parents, they do not like me being a fighter always. I always want to show them how much I like martial arts and I am good at it. I hope I can inspire other women to keep following their dreams and step into it. I want to show people this is my passion and my dream. This drives me to train hard and fight.”

ONE: CENTURY will feature two full-scale world championship events in one day, showcasing 28 World Champions, four ONE World Title bouts, and three ONE World Grand Prix Championship Finals. Huang is grateful to be included in the historic 100th live event and is ready to showcase her new skills in Tokyo.

“I am honored to be one of the fighters competing on this historic ONE event,” Huang said.

“I want to thank ONE Championship for giving me this opportunity. There are so many amazing fighters who will fight in this event. I did not hesitate and I am already very excited and want to make history.”