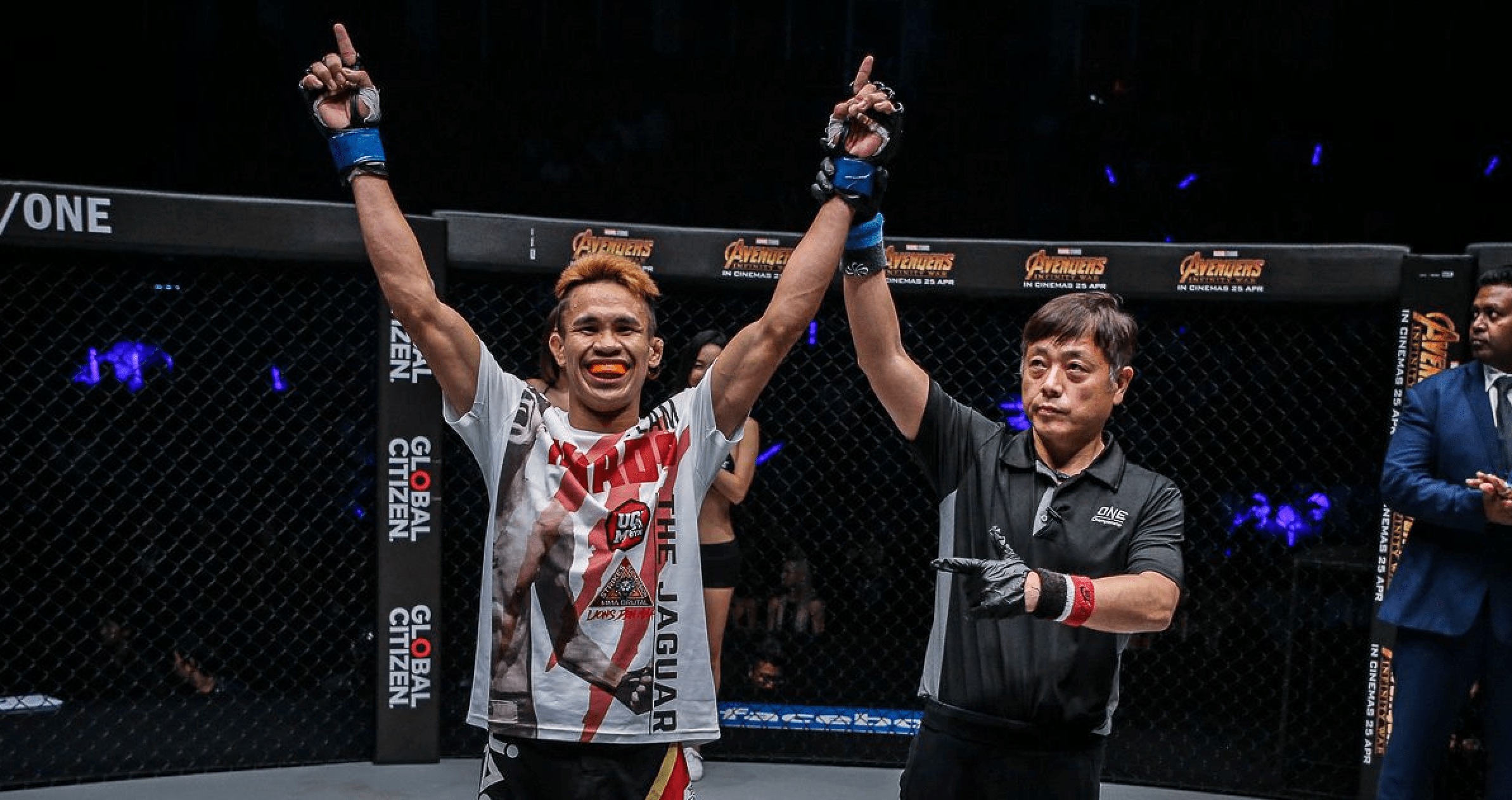 Blaze FC Strawweight Champion Jeremy “The Jaguar” Miado is back in action at ONE: Age Of Dragons on November 16th from the Cadillac Arena in Beijing to face off with Henan’s hero Miao Li Tao.

Ahead of his next bout, Miado retraces his finest moment on the global stage when he knocked out former strawweight king Dejdamrong Sor Amnuaysirichoke, with his powerful hands.

“I was not successful in my first two bouts in ONE Championship,” Miado said.

“Then came the opportunity to face Dejdamrong Sor Amnuaysirichoke. My game plan for that bout was to watch when Dejdamrong had lost. I wanted to convince myself I could win.”

Even the Albay native was surprised by the turn-out of events that night. He came in that bout as the underdog against the legendary Muay Thai World Champion and former ONE Strawweight World Champion.

Everyone expected Dejdamrong to impose his will on Miado, who had faltered in two bouts prior to stepping in the cage with the Thai warrior. But Miado knew what he had to do, and knew he had an opening just waiting for him to capitalize on.

“I saw the holes in his game,” Miado said.

“I worked on my combinations during shadowboxing, pad work, and heavy bag training.”

Miado shocked the crowd at the Impact Arena in Bangkok at ONE: Iron Will and made a name for himself with a shocking performance.

“The Jaguar” came into the bout swinging, taking control of the pace of the action, as he took advantage of his edge in reach and relentlessly pushed forward. He timed his punches well, and with a proper right hook, knocked out the former champion.

“I did not really expect to knock out Dejdamrong that night,” he said.

“I was aiming for a decision win. I was really surprised and ecstatic that I got the win in stunning fashion.”

Miado looks to replicate the feat, this time against game Chinese opponent Miao Li Tao, who is unbeaten in ONE Championship, with two finishes to his name.